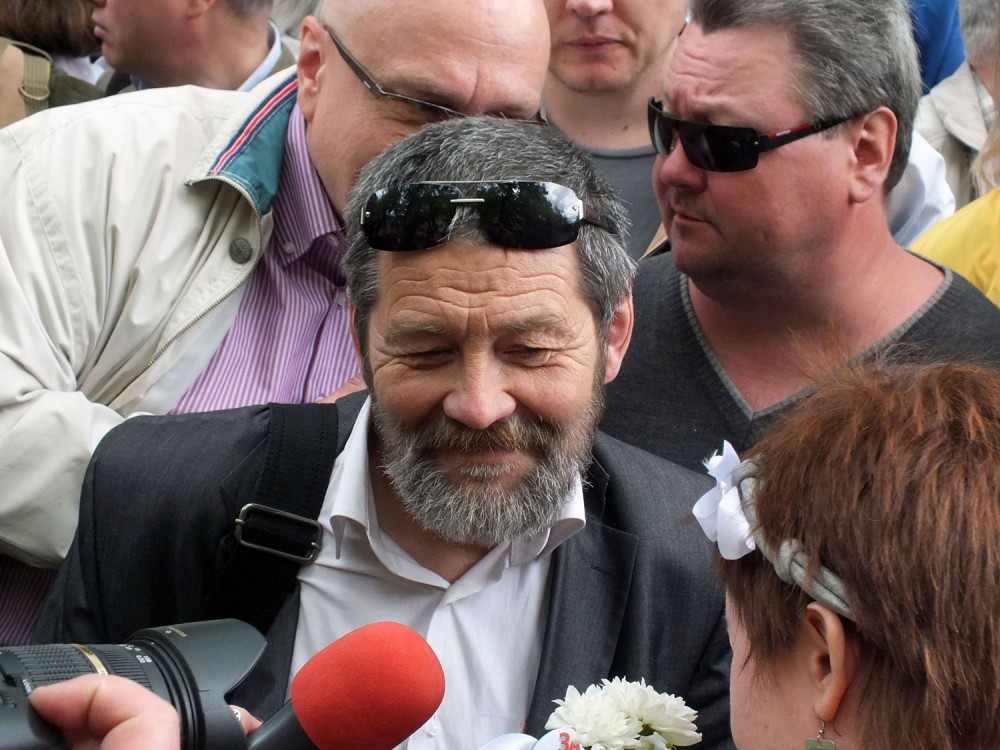 He "disorganized the colony's work", a local court rules.
By

Human rights defender Sergei Mokhnatkin, who serves a sentence in the Arkhangelsk region, has been found guilty of having disorganized the work of the colony by the Kotlas City Court and given two more years of imprisonment. This was reported by activist Ekaterina Bashilova on her Facebook page 20th March.

«He [Sergei Mokhnatkin] was brought in for a second, and then taken away – and put straight into a car. I shouted, tried to send him regards from all the acquaintances, and he asked from whom exactly, he wanted to return their greetings,» Ekaterina Bashilova said. «This was all we had time for. Then he said “Do not be upset” and left. He walked quite vigorously, but he stood… he leaned on the grating with his hands, and his legs just shook. In his hands he held a hunger strike claim. He had lost weight.»

According to the activist, Mokhnatkin is restricted from receiving parcels and reading books, he can be helped only by transfers of money to the prison bank account.

According to the investigation, during the “disorganization of the colony’s work” the prisoner Mokhnatkin refused to move from the colony to the pre-trial detention center and resisted the escorts. According to the lawyer, his client lay down in the corner of the cell and folded his hands behind his back, refusing to obey the staff of the penitentiary, for which he was subjected to violence and, presumably, injured his spine.

The lawyer of the convict Sergey Andropov told the «7x7» correspondent that he will appeal the decision of the Kotlas City Court:

‘I have no complaints about the process, the judge accepted my petitions. The key is the evaluation of evidence. In my opinion, the judge, when passing sentence, was guided not only by law, but also, so to speak, by internal conviction, which influenced the evaluation of evidence. For someone it’s white, but for others it’s black. In the case there is a video recording, it completely refuted all the charges that have been brought. Mokhnatkin didn’t strike the employee with his fist deliberately.’

The case was conducted by the judge Sergei Shikin.

In 2010, Mohnatkin was sentenced to 2,5 years in prison for using violence against a policeman during an opposition rally on Triumfalnaya Square in Moscow on December 31. On April 23, 2012, President Dmitry Medvedev pardoned him. Mohnatkin became the only pardoned political prisoner who did not admit his guilt.

On April 3, 2015 the Moscow City Court found Sergei Mohnatkin guilty of beating two policemen during a protest action on December 31, 2013 on Triumfalnaya Square in Moscow and sentenced him to 4.5 years in prison. Mohnatkin was a special correspondent for the newspaper For Human Rights. On December 14, Mokhnatkin was subjected to violence in the colony of the Arkhangelsk region.

Mokhnatkin is 63 years old. He is a laureate of the international prize of the Moscow Helsinki Group “For courage shown in the protection of human rights”.