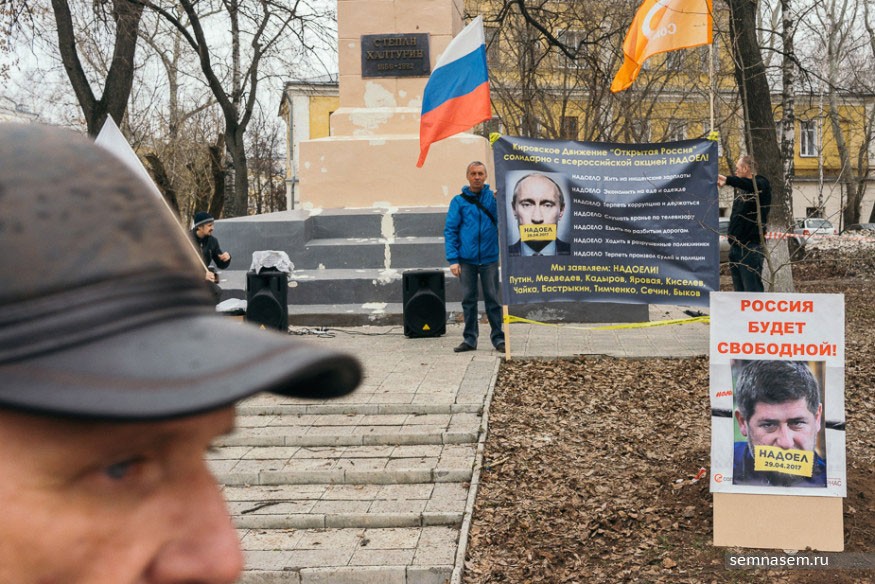 The newspaper owned by the Murmansk city government called the participants in the recent street rally «scums» and «hooligans».
By

Media watchdog Roskomnadzor in Murmansk has sent a warning to newspaper Vecherny Murmansk for abusive language aimed at participants of the recent anti-corruption action. The newspaper journalist called the protesters ‘riffraff’, ‘snotty-nosed hooligans’ and indicated that they were belonging to the LGBT community.

The response of Roskomnadzor, has been provided to the editorial office of «7x7» by one of the activists.

The Murmansk Supervisory Authority of Roskomnadzor responded to the article which was published in the printed version of Vecherny Murmansk on March 28, 2017. The same article was also posted on the newspaper’s website.

In an interview with Novaya Gazeta, the head of the Murmansk Roskomnadzor Nikolai Proshkin said that there was no reason to issue an official warning from his department, and the letter to Vecherny Murmansk should be considered a “friendly warning”.

Murmansk human rights activist Violetta Grudina, who was mentioned in the article and participated in the anti-corruption action on March 26, was not happy with the Roskomnadzor decision:

«This is a municipal newspaper, and thus, financed with our taxes. As this is the fourth such article about protests in the region, then the authorities have nothing to answer except insults.»

In her opinion, the meaning of the article is to discredit protesters with foul language.

An article titled “Unbearably bored of being correct”, by journalist Dmitry Malyshev appeared in Vecherny Murmansk right after the protest actions in Murmansk on March 26.

It begins with the words: ‘Thank God, this obscurantism of the 21st century — political correctness — is not so rooted in Russia, but the echoes have come to us. Neither a traitor can be named a traitor, nor an unconcealed sell-out scum — a scum’. The author called a chapter about the participants of the protest action “Voluntary Idiots”, “political losers”, “mad Maidan cattle” and many representatives of the systemic and non-systemic opposition of Murmansk. Users of social networks shared this article more than 500 times. Malyshev also rudely mentioned people likeminded with Grudina in other, earlier materials.

Murmansk authorities did not approve the anti-corruption action on March 26, but about 300 people still went to the streets. One activist was detained.