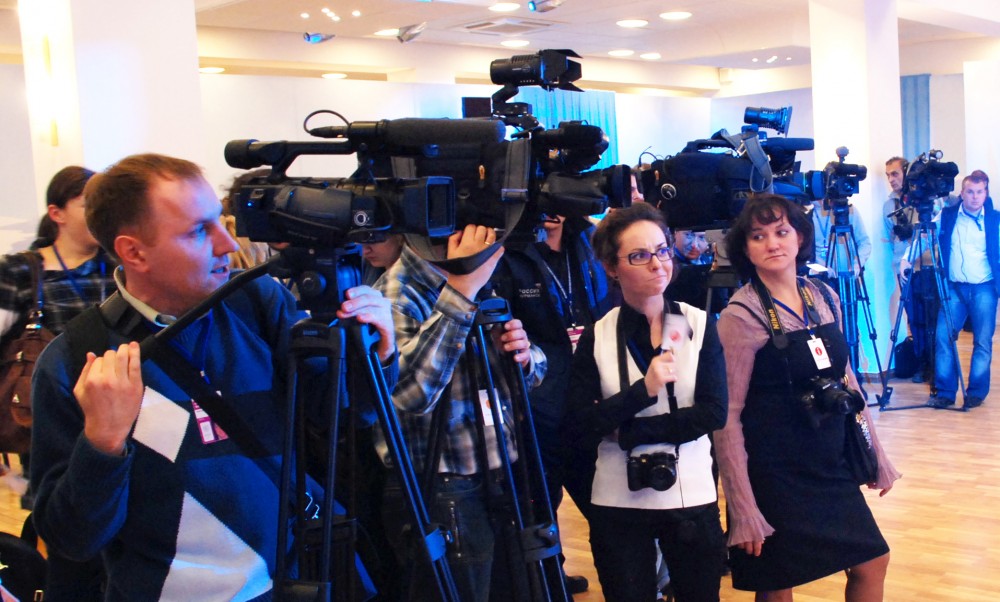 In Murmansk, a burgeoning fight between city government and free press

A string of lawsuits has looming consequences for regional news agency Sever Post. Local authorities are behind it all, says agency leader Dmitry Vysotsky.
Read in Russian | Читать по-русски
By

It has become an uncomfortable habit for the media director to stand trial and fight for the life of his news company.

The latest suit comes from Vecherny Murmansk, the local newspaper owned and controlled by the Murmansk city government.

The newspaper argues that SeverPost «hampered its business reputation» when it recently published a story about how local politicians pay for articles which discredit their opponents, SeverPost reports.

Vecherny Murmansk is headed by Viktor Khabarov, himself a member of the Murmansk City Council for ruling party United Russia.

However, the suit is only one of several cases initiated by groups associated with the local city government. Previously, Aleksey Veller, until recently city mayor, now member of the State Duma, reported the news agency to the regional investigative Committee for libel. A similar suit was initiated by former deputy head of the city administration.

In a recent comment published in Vecherny Murmansk, Aleksey Veller accused SeverPost of distorting and falsifying information. «I have figured out a suitable abbreviation for the news agency — it should be called MAF - Main Agency of Fakes», he said.

However, according to company founder and General Director Dmitry Vysotsky, the suits are initiated by the city representatives because of critical stories published by the news agency.

«We regularly criticise them for unfounded spending and failed decisions, now they have once again got tired of us and decided to drag us into a court case on unsubstantiated grounds», he says to the Barents Observer.

«It is another attempt to distract us from our journalistic work, it forces us to spend efforts and financial resources — for an independent outlet of critical importance, on court battles.»

According to Vysotsky, the climate for journalists in Murmansk is getting worse.

«There are media companies which are paid and consequently live and work without problems, and there are «white ravens» like the SeverPost which constantly are subjected to pressure».