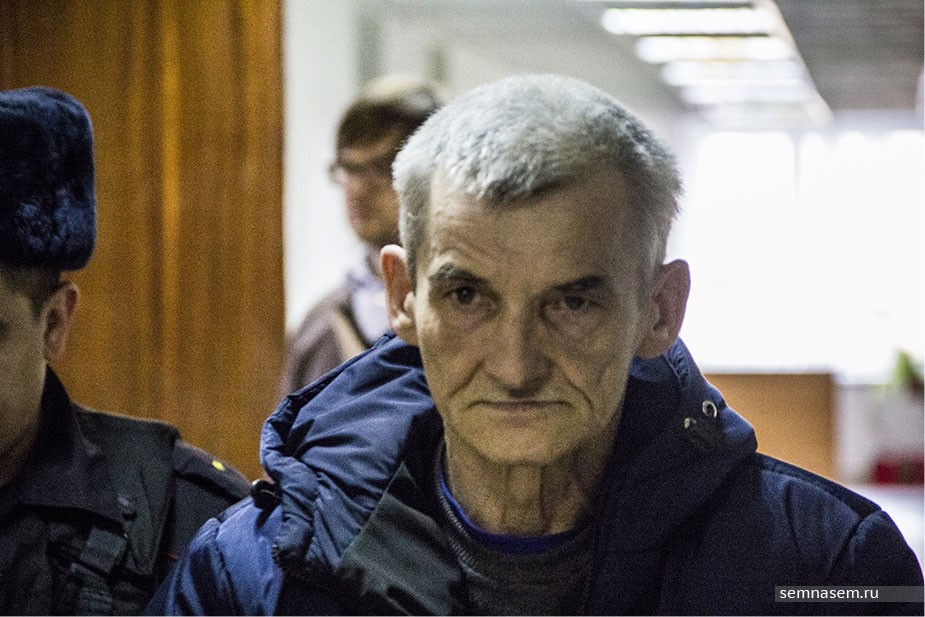 The criminal case against Dmitriev is politically motivated and aimed at stopping the activist from commemorating victims of Stalinist repressions, human rights organization Memorial says.
By

Interregional human rights organization Memorial has recognized Karelian historian Yuri Dmitriev as a political prisoner and demanded a stop in his criminal prosecution.

As follows from the message, the criminal case against Dmitriev is politically motivated and aimed at stopping the activist from commemorating victims of Stalinist repressions, and also at defaming the International Historical, Educational, Charitable and Human Rights Society Memorial and other organizations.

The human rights organization appeals to those who were not indifferent to the fate of Dmitriev, to sign a petition on Change.org. The petition demands to restore the rule of law in the case of Yuri Dmitriev, founder of the memorial complexes Sandarmokh, Krasny Bor, the memorial cemetery on Sekirnaya Gora, author of Memorial Books. More than 30 thousand people have already signed the petition.

The Day of Memory of Victims of the Great Terror will traditionally take place in Sandarmokh on August 5; from August 5 to August 9 Memory Days will be held in Medvezhyegorsk district and on the Solovetsky Islands.

At the request of the editorial board, representatives of the Karelian government responded that they might not take part in the commemorative events on August 5, because it is not the official date of the Day of Remembrance of the Victims of Political Repressions.

A well-known researcher of Stalinist repressions, the head of the Karelian branch of the Memorial society, Yuri Dmitriev, was detained in his apartment on December 13, 2016 on suspicion of making pornographic pictures of his adopted daughter. The photos, according to the historian’s defence team, were a diary of the girl’s health, who was malnourished when she came to him from the children’s home.

On March 9, 2017, new charges appeared: in addition to producing pornographic materials depicting minors, he was charged with Article 135 of the Russian Criminal Code (‘Non-violent sexual abuse’) and 222 (‘Illegal keeping of firearms’).

On June 1, Petrozavodsk city court began hearings in the case. On June 22, Professor Lev Shcheglov, D.Sc. (Medicine), president of the National Institute of Sexology, spoke in court. He gave an assessment of the evaluation of the photographs, commissioned by the prosecution from the Center for Socio-cultural Expertise. According to Shcheglov, there were no pornographic pictures in Dmitriev’s case.

Hundreds of people have voiced their support for Dmitriev.

Among them are writers, scientists, public figures, human rights activists, journalists, musicians, artists, Orthodox priests and those who have participated in the international days of memory at Sandarmokh, Krasny Bor and Solovki of the victims of the Great Terror.

On July 21, 2014, the Ministry of Justice of the Russian Federation included the Interregional Public Organization ‘Memorial’ Human Rights Center in the ‘register of non-profit organizations performing the functions of a foreign agent’.