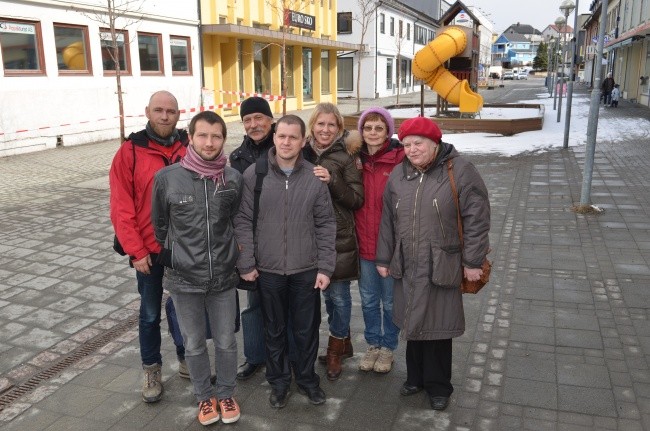 Russia’s Foreign Agent law has forced many NGOs to close down, but this exception from the north inspires others to stand up for their rights.
Read in Russian | Читать по-русски
By

On August 23, Kola Eco Centre in the town of Apatity in the Murmansk region got a letter from Russia’s Ministry of Justice in Moscow informing that the organization was excluded from the register of non-profit groups listed as foreign agents.

Kola Eco Centre was branded as foreign agent by the same ministry in april this year. The ministry then argued that the group got cash from Norway used to make «Influence on the development and implementation of public policy.»

Established in the mid 90ties, Kola Eco Centre is a regional NGO with mission to protect the citizens rights to a healthy environment. Education work, field excursions in the nature and environmental impact assessments are some of the prioritized areas. Additionally, several of the project were carried out in cooperation with non-governmental organizations abroad, especially Norwegians.

If Russia’s Ministry of Justice considers the activities of an organization receiving grants from abroad to be political, the law says the organization should registre them self in the so-called foreign agent list. Kola Eco Centre did not, and got a fine of 150,000 rubles (€2,140) by the city court in Apatity in June.

The organization was then working on a project promoting decommissioning of the old reactors at Kola Nuclear Power Plant, located not far from Apatity. This, in addition to a project focused on sustainable development of the Barents Sea, were considered by the Justice Ministry to be political activities.

With assistance from the HRRCentre, a legal resource centre for NGOs, Kola Eco Centre appealed the decision arguing its activities were not political.

«Getting Kola Eco Centre excluded from the register is great news, and shows if we continue to fight we can win,» says Maria Kanevskaya, head of HRRCentre in a statement.

Kjersti Album with Naturvernforbundet in Oslo, Norway, has been working on joint projects with Kola Eco Centre for nearly two decades.

«This is a most pleasant surprise. For Kola Eco Centre it is obviously a big relief and Naturvernforbundet is happy for them,» she says to the Barents Observer.

«We can hope that more NGOs can follow, this would help cooperation between Russia and Norway,» Kjersti Album says.

In the high north, cooperation between environmental groups across the borders has been highlighted as one of the corner-stones in the Barents cooperation and an important part of building civil society in Russia.

Vitaly Servetnik, a former member of Kola Eco Centre, now co-chair of Russian Socio-Ecological Union (Friends of the Earth Russia), says it is the legal support played an important role.

«It is good to be prepared and have a highly qualified lawyer,» he tells the Barents Observer.

Servetnik says, though, that the case with Kola Eco Centre is just an exception.

30 enviro-NGOs affected by the law

«Statistics doesn’t give us much hope and optimism,» he explains. «Out of 30 environmental groups labelled as foreign agents, 15 are closed down and only five managed to be removed from the list. Some of the ten others are in process of closing down.»

Bellona Murmansk is one organization that recently shut down after receiving the foreign agent stamp by Moscow.

«Kola Eco Centre is just an exception in a good plan to destroy civil society in Russia,» Vitaly Servetnik says.

Both Kola Eco Centre themself, and Kjersti Album with Naturvernforbundet, underscores one remaining challenge. The 150,000 ruble fine has to be payed.

Environmental groups are not the only to be branded foreign agents.

Foreign agents in the Barents Region

In Barents Russia, there are now nine NGOs labelled as «foreign agents». In Murmansk region, that includes the LGBT-friendly Maximum, the environmental group Bellona Murmansk, the Humanist Youth Movement and Kola Eco Centre. In Arkhangelsk region it is the LGBT-friendly Rakurs organization and in Karelia the youth group Nuori Karjala and the Petrozavodsk-based Northern Environmental Coalition. Another Karelian organization listed is the Association of Legal Expertise Partnership Union. On the tundra in Nenets Autonomous Okrug, the indigenous peoples group Yasavey Manzara is declared «foreign agents.» In the Komi Republic, Memorial Commission on protection of Human Rights is listed.

Soldiers’ Mothers is an organization that has managed to be removed from the list.