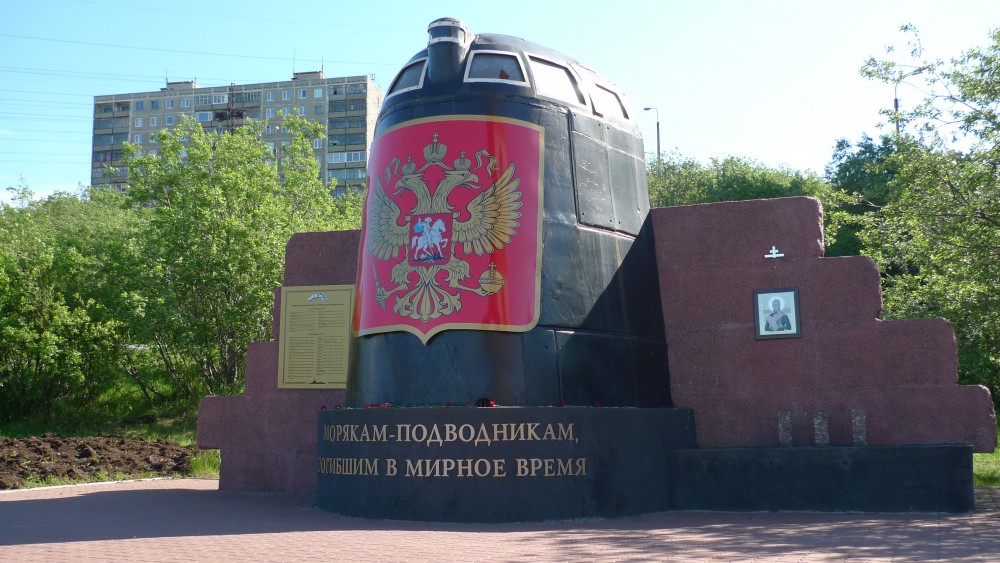 The tower of Kursk submarine today serves as a memorial in Murmansk. Photo: Thomas Nilsen

Russia violated Novaya Gazeta and its journalist Yelena Milashina’s right of freedom of expression.
Read in Russian | Читать по-русски
By

The European Court of Human Rights rules in full support that Novaya Gazeta had acted in accordance with the ethics of journalism and responsible reporting on a matter of public interest.

In 2005, Novaya Gazeta published two articles by Yelena Milashina concerning the sinking of the Russian Northern Fleet’s nuclear-powered submarine “Kursk” in the Barents Sea on 12 August 2000.

Most of the crewmembers died within minutes of the torpedo explosions in the front of the submarine, 23 crewmembers survived in the rear compartment. Some of them wrote notes describing the events. Before the rescue team of Norwegian and British divers arrived a week later, they were all dead.

The first Novaya Gazeta article in 2005 reported on the fact that the father of a lieutenant-captain on board “Kursk” had lodged an application before the European Court of Human Rights, alleging a violation of the officer’s right to life. A note found in his pocket proved that the 23 crewmembers that had survived the explosions had been waiting for rescue, a fact that refuted the official version that all crewmembers had died as a result of the explosion. The officer’s father had tried to prove for a court that the chief forensic expert of the Defense Ministry was guilty of abuse of public office since they had failed to acknowledge that a series of knocks coming from inside “Kursk” on the day of the accident had been an SOS signal in Morse code.

The second article stated that Russia’s Prosecutor General and the Chief Military Prosecutor had apparently taken “a decision to help the officers in command of the Northern Fleet escape criminal responsibility and to terminate the investigation.”

Several key players in the Defense Ministry and the Military Prosecutor’s office then initiated defamation proceedings against Novaya Gazeta and reporter Yelena Milashina.

In December 2005, a Moscow court ruled in the lawsuit case that Novaya Gazeta and the reporter were guilty in damaging the reputation of complainers and had to pay compensation. The judgment was later upheld on appeal.

Novaya Gazeta and Milashina appealed to the European Court of Human Rights claiming the Russian court had violated the freedom of expression rights.

On Tuesday, the ECHR ruled in favor of Navaya Gazeta and Yelena Milashina, stating that Russia violates the newspaper’s right to report the opinions of third parties.

The court says Russia’s juridical system failed to appreciate the “important role of the free press in democratic society.”

The court concluded that “they had acted in accordance with the ethics of journalism and Ms Milashina had applied the diligence expected of a responsible journalist reporting on a matter of public interest.”