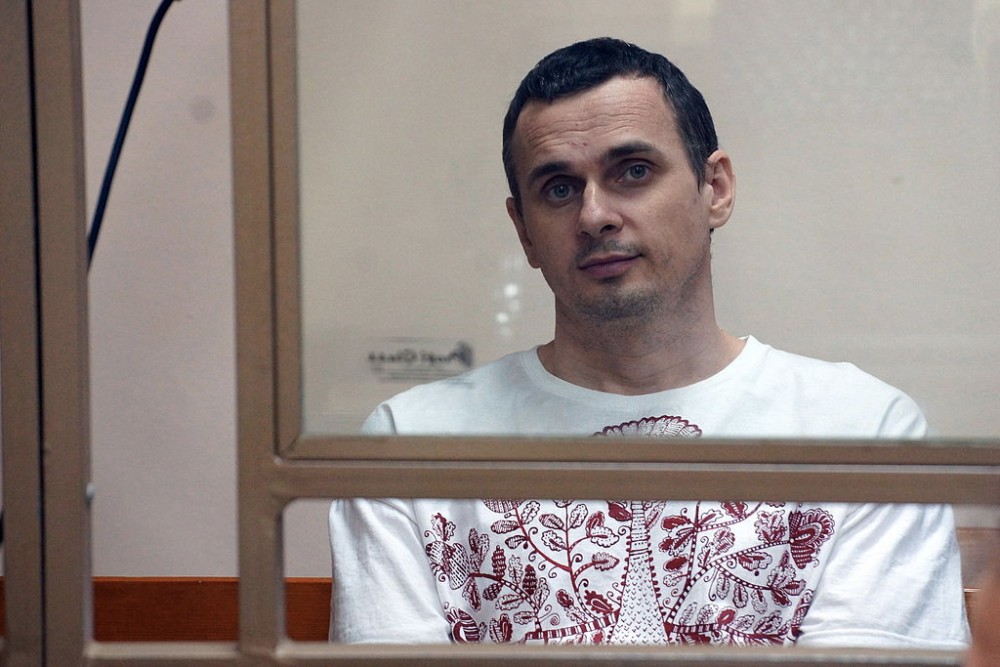 Oleg Sentsov made his films on the sunny lands of Crimea. This month, he was sent to a strict regime prison in Labytnangi in the Russian far north.
Read in Russian | Читать по-русски
By

It could be a long and icy winter for the Ukrainian film director and writer who was arrested by the Russian Security Service in May 2014 and soon accused of conspiracies in terrorism.

According to OpenRussia.org, Oleg Sentsov was in September sent to prison camp No 18 in Kharp, a town on the Ob River in the Russian Yamal Nenets region. In October he was sent further to prison colony No 8, also called «Polar Bear», in nearby Labytnangi.

Sentsov was in August 2015 sentenced to 20 years of jail and has since been behind bars in the Moscow Lefortovo prison and later in Yakutsk.

The FSB believes the 41-year old film director from Simforopol planned a series of terrorist acts in Crimea in May 2014, and that he is a member of Right Sector, the Ukrainian far right organisation which is illegal in Russia, Mediazona informs.

Sentsov however rebuffs all accusations and says he is a victim of of a politically motivated and fabricated case.

The film director is one of a number of Ukrainians arrested after the annexation of the Crimea and now serving long prison sentences in Russia.

Sentsov and his lawyers argue that he is a Ukrainian citizen and that he should be returned to Ukraine. The FSB, however, says that he became a citizen of Russia as soon as the Crimea was incorporated in the federation.

A big number of prominent representatives of Russian and European culture, politics and civil society has raised their voiced in support of Oleg Sentsov. Among them is the EU’s High Representative of the Union for Foreign Affairs and Security Policy Frederica Mogherini who in a statement in 2015 said the case «contradicts with basic standards of law» because «Russian judges do not have the right to make verdicts on actions conducted outside the borders of the internationally acknowledged borders of Russia».

The “Polar Bear” prison in Labytnangi has capacity for 1610 inmates. It is located north of the Arctic Circle on the western bank of the Ob, the river running into the Kara Sea.