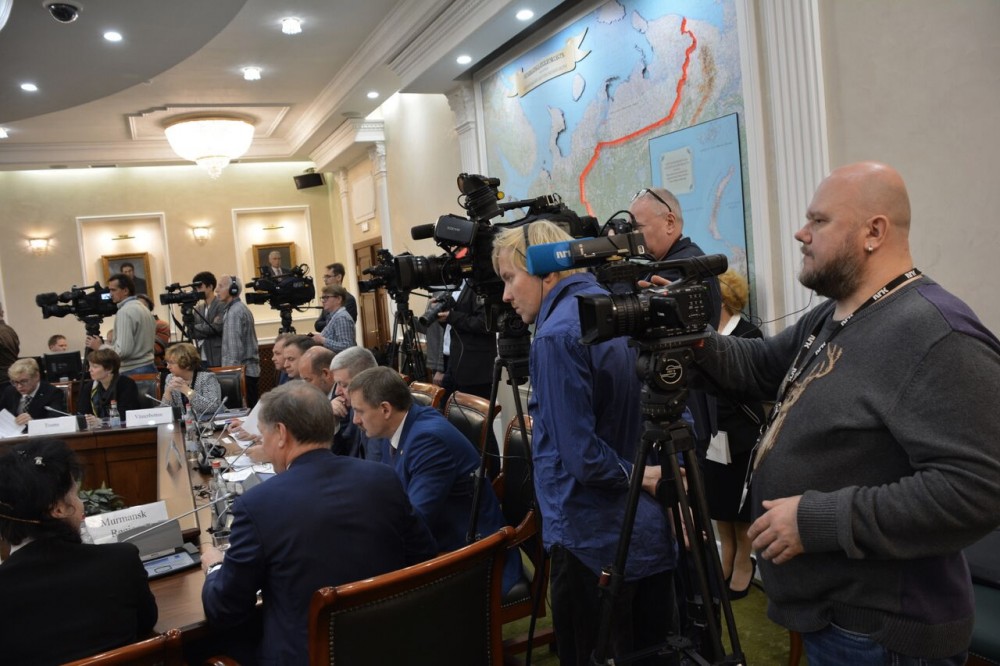 Our state media is suppressed abroad, the Russian government says. A retaliatory response is in the pipeline.
Read in Russian | Читать по-русски
By

Snubbed by «hostile measures» from Washington against its state media, the upper house of the Russian Parliament, the Federation Council, this week discussed possible counter-measures against western media companies.

In a session devoted to «attacks and pressure on Russian media in the USA and possible steps from the Russian side», the Council Chairman on information policy Aleksey Pushkov underlined that the «information standoff in the world is aggravating».

«We have to understand the world we are living in, and what will be our further actions», he said.

In the room were also representatives of the Foreign Ministry, the Ministry of Communications, as well as media representatives, among them Russia Today General Director Aleksey Nikolov.

The discussion comes as the U.S government this week announced it would apply its Foreign Agent Registration Act to the Russia Today’s America office. The U.S Department of Justice has given the broadcaster until Monday to register as a foreign agent, otherwise the channel’s head faces arrest and its accounts could be frozen, RT informs. It is a «cannibalistic deadline» RT Chief Editor said, and announced that the decision will be challenged in court.

The discussion on possible retaliations had its continuation on Thursday as Ministry of Foreign Affairs press spokeswoman Maria Zakharova underlined that Moscow will use reciprocal actions against the Americans.

«When it comes to intentional restricting the activities of a Russian TV channel and there is a drive towards using the full state apparaturs and law enforcement structures of the USA in order to close this channel […] then we will act as a mirror, symmetrically,» Sakharova said. Other Russian media like RIA Novosti, Sputnik and TASS are victims of the same oppression, she maintained.

According to the press spokeswoman, the upcoming Russian action comes «only as a responsive measure» and that there will be «certain nuances» in the reciprocity.

When it comes to Russia itself, Sakharova elaborated, the authorities are «in no case using its legal resources to influence or exert administrative leverage on American media, nor other countries’ media.»

On the contrary, Sakharova underlined, «when it comes to fake and unreliable news and news distorting real substance of an event or materials […], then we have to react not by restricting the respective media, but by boosting our information potentials and more operationally provide bigger volumes of information and step up our interaction with foreign journalists.»

It will be the Russian state media watchdog Roskomnadzor which will be presenting the Russian retaliatory measures. According to newspaper Kommersant, among the measures might be the introduction of an arrangement on blocking the activities on media and broadcasters operating «in the interest of foreigners», as well «new procedures on the distribution of foreign printed periodical publications.»