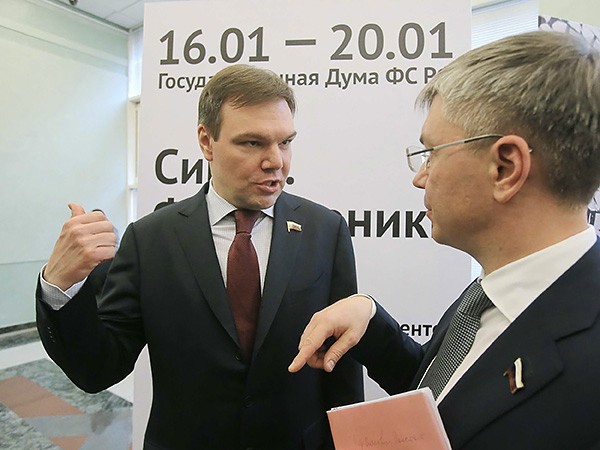 Leonid Levin from the A Just Russia Party is Chair of the State Duma Committee on information policy, technology and communications and one of the authors of the foreign agent media bill. Photo: spravedlivo.ru

Watch out, foreign agents soon coming to a newspaper near you
Read in Russian | Читать по-русски
By

It did not take many days after U.S. authorities included the America office of Russian state media company Russia Today in its Foreign Agent Registration Act before Russia responded.

«This amendment is an utmost relevant and urgent», says Leonid Levin, Chairman of the State Duma Committee on information policy, technology and communications.

According to the new law, a foreign organisation, which engages in distribution of information materials on Russian territory with funding from abroad can be listed as «foreign agent».

The Russian side was forced to take the measure after U.S authorities introduced limitations on the work of RT and Sputnik, Levin says in a press release from the Duma. He underlines that the measure only applies to foreign organisations and their activities in Russia, not to Russian-registered media.

Not many hours after the adoption of the law, the Radio Svoboda (Radio Free Europe/Radio Liberty) informed that it and also Real Time (Nastoyachshee Vremiya) had received a notification from the Justice Minister about possible limitations in their work.

Status as “foreign agent” is followed by far stricter economic reporting requirements and negative PR. A foreign agent law on NGOs was adopted in 2013. That, however, is aimed at Russian organizations.

In a comment to newspaper Kommersant, State Duma Vice Speaker Petr Tolstoy underlines that the media law is a «forced measure».

«We did not want this law, in Russia we have never adopted laws which restrict the freedom of speech, we have only been forced to take such measures,» he says.

Tolstoy believes more might be in the pipeline. «I think, the spiral will not end with this.»

Both the Radio Svoboda and Real Time are funded by U.S authorities. The former broadcasts in countries, where «the free flow of information is either banned by government authorities or not fully developed», among them 23 states in Eastern Europe, Central Asia and the Middle East