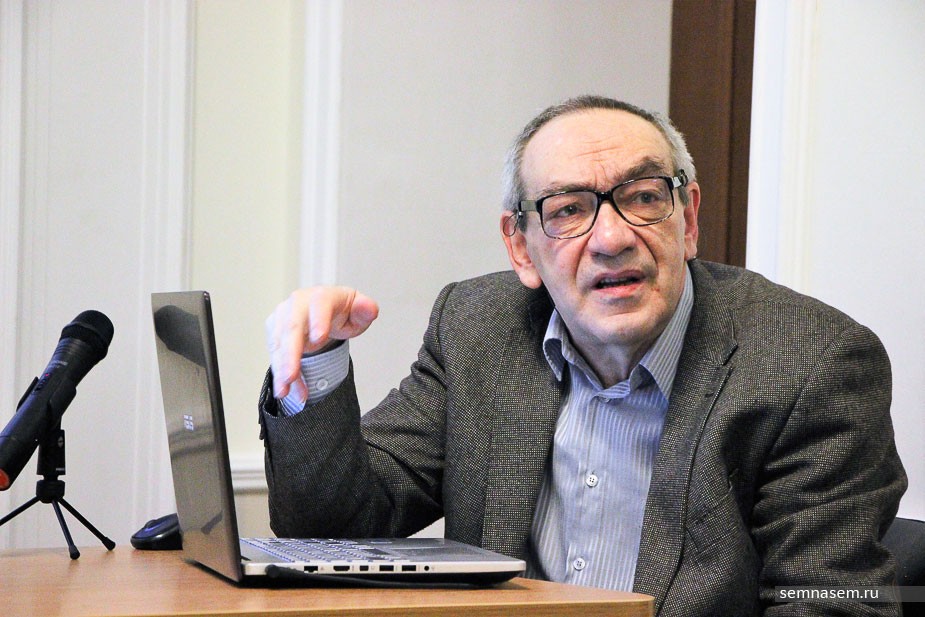 Civil rights organization Memorial presents its updated fifth edition of the database, which contains the names of political prisoners and forced settlers executed during the Soviet period.
By

Two board members of the International Memorial Society in early December came from St Petersburg to the Karelian capital of Petrozavodsk to present the updated electronic version of the database resource: Irina Flige of the Memorial Research and Information Centre, and Alexander Daniel who, with Flige, is joint chair of Memorial in St Petersburg.

“Thirty years ago, people took to the streets and demanded that all the lists of those shot in the USSR should be published. Since 1998, thanks to the efforts of enthusiasts in Russia, many Books of Remembrance have been published,” said Irina Flige. “Someone collected twenty names, others gathered a thousand, or ten thousand, names of the executed. All these individuals were then brought together in this database. It is a credit to society, not to the State: this is the result of joint efforts,” Flige underlined in her opening of the event.

The database was launched simumltaniously in Petrozavodsk and other cities across Russia, among them Tomsk, Syktyvkar, Perm, Moscow and St. Petersburg.

“Why did “Memorial” choose to launch this new edition in Petrozavodsk?” asked Aleksandr Daniel. “Because this is one of the few parts of Russia with complete lists of victims. There are hardly any other regions like it. And it happened, thanks to two wonderful people — the late Ivan Chukhin [1948-1997] and Yury Dmitriev.”

“I think you all know where Yury is today,” said Daniel. “Petrozavodsk is the city where Chukhin worked, where Yury Dmitriev worked and where he will continue to work in future.”

Following these introductory remarks, Flige and Daniel spoke about the database itself. The first version of “Victims of Political Terror in the USSR” was released on CD in 2001. It contained 130,000 names from 26 different parts of the former Soviet Union. Six years later, the Memorial society released a fourth version: it already contained more than 2,6 million names. This version was also available online. The latest, 5th edition of the database contains information from 120 regional Books of Remembrance, published over the last ten years, as well as certain unpublished sources. It lists more than 3,1 million specific acts of repression against named individuals, about half a million of whom have been newly added.

“Until spring 2018, the database will be working in test mode. We decided to make it openly accessible now, as it already fulfils its main function. Our database is not intended for researchers or statisticians,” explained Alexander Daniel, “but permits any individual to search for someone in particular. It is for those who are trying to find out what happened to that person.”

“The new version provides a search facility not only by surname and first name, but also by many other criteria – year of arrest and rehabilitation, nationality, and level of education. The main task of the database, however, is searching for particular individuals.”

There are certain other features as well, Daniel noted, that distinguish the new version from its predecessors. It used to be difficult, for instance, to add new information to the database or to correct something. Now additions can be made continuously.

“Before people would ring me up and say, ‘You must add my grandfather’s name!’ Then it was impossible. The flexibility of the latest version is a fundamental change,” added Irina Flige.

Memorial members noted that there is still a lot of work to do, updating the database and searching for lists of the victims of political repression. If we consider that the 1991 Law on The Rehabilitation of Victims of Political Repression embraced the whole period since 25 October 1917, about 12 million people fall into that category. Today there are 3 million names in the database.

“The work could have been completed in a few years, if there had been a State programme, and orders had been issued to collect these execution lists from every departmental archive,” commented Daniel. “Instead, the archives have become less accessible during the past 12 years. So, we should not rely on the State.”

After the launch, those attending discussed what was involved in preserving these individual names. They expressed views as to how and why such databases and lists should be compiled, and how to make people more aware of this information.