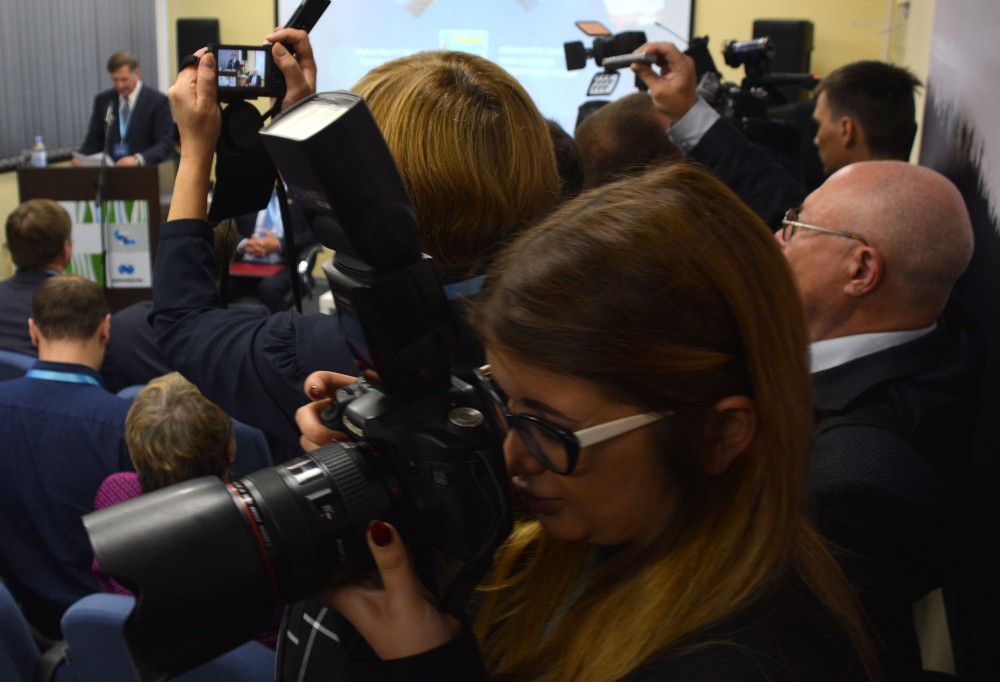 Reporters Without Borders warns against oppression of journalists and attacks on independent media.
Read in Russian | Читать по-русски
By

«Political leaders who fuel loathing for reporters bear heavy responsibility because they undermine the concept of public debate based on facts instead of propaganda,» RSF secretary-general Christophe Deloire said as he on Wednesday presented the new 2018 World Press Freedom Index.

«To dispute the legitimacy of journalism today is to play with extremely dangerous political fire,» the leader of the press freedom organisation underlines.

This year’s index from RSF puts Norway on top as the country with highest level of press freedom. After follow Sweden, the Netherlands and Finland. On 148th place is Russia.

The press freedom watchdog warns against a growing influence of «strongmen», and maintains that Vladimir Putin’s Russia is extending its propaganda network by means of media outlets such as RT and Sputnik.

In a section about Russia, the report says that «the climate has become increasingly oppressive for those who question the new patriotic and neo-conservative discourse or just try to maintain quality journalism.»

The organization warns against deteriorating conditions for free and independent Russian media. «Leading independent news outlets have either been brought under control or throttled out of existence,» the report reads.

Also in the Nordic countries there are worrisome trends, the RSF warns. While Norway and Sweden get about the same score as in 2017, Finland and Denmark both have declining results.

«It’s in Europe, the region where press freedom is the safest, that the regional indicator has worsened most this year,» says Christophe Deloire.

«The unleashing of hatred towards journalists is one of the worst threats to democracies», he warns.