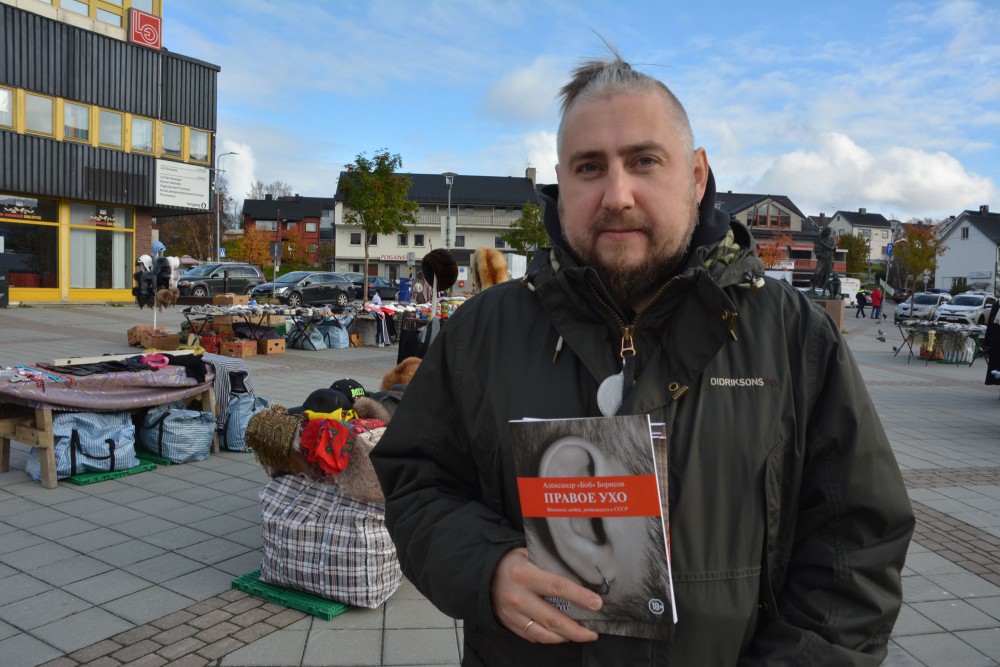 Aleksandr Borisov has written the book "The Right Ear" about gays born in the Soviet Union. Photo: Atle Staalesen

«People see us as enemies of the state»

The situation for gays and lesbians in Russia is deteriorating, says journalist and writer Aleksandr Borisov. He foresees more persecution of homosexuals.
Read in Russian | Читать по-русски
By

The Soviet Criminal Code of 1960 stated that sexual relations between men was punishable with prison up to five years.

According to Aleksandr Borisov, there is a public discussion in today’s Russia about again making same-sex intercourse illegal, like it was in the Soviet Union. And this discussion is getting stronger and more people want gays to be put behind bars, says Borisov.

It is like a return of Article 121, he says with reference to the Soviet law.

The journalist from Murmansk has authored a book about how gays born and brought up in the Soviet Union lived with their sexuality, how they struggled to find their place in society, how they were suppressed and some of them even put in jail. In his book, he interviews six men who all tell their stories.

The book is about people born in the Soviet period. But the situation is the same today, Borisov says.

«Nothing has changed, and that is partly what this book is about. These same stories can be recorded with young people of today, and the stories would be the same.»

Like in the Soviet Union, the laws in today’s Russia are selectively followed up by the authorities, the writer and journalist says. If the authorities for some reason dislike you, they will find a law under which you will be punished.

And there is a pile of laws which they can apply against you, Borisov explains. «That is the way the repressive machinery keeps on working.»

According to the journalist, conditions for gays in today’s Russia are getting increasing difficult as the general situation in the country deteriorates.

«When everyone sees that everything is going in the wrong direction, with pensions, salaries and the general situation - they start looking for an enemy. And what enemies have we found? Well, we have the Americans and NATO. And the gays.»

It is symptomatic for all of society in today’s Russia, Borisov argues. People have stopped asking critical questions and the free thought is choked.

«The questions people should be asking are about the credibility of the president and the government. And about the legislative assemblies. Perhaps we should have elected other members of parliament?»

Borisov believes the anti-gay development in Russia is supported by government, and sees evidence in state TV and the controversial general director of channel Rossiya Segodnya Dmitry Kiselyov.

«When Pervy Kanal and its Dmitry Kiselyov said that the gays should “burn in hell”, then what on earth can we say? And he was not criminally charged, which means that the state thinks such statements are ok.»

«Under this law comes everything. Even the mass media are not allowed to report about it. We can be charged for propaganda of “untraditional values”. And what is actually “traditional values”? After all, sex between people of the same sex is a pretty traditional thing.»

Russia is about to get a silent generation, the journalist argues.

«People choose to be silent, and when people stay silent for a year, two years, ten years, then we get a whole generation which does not know anything about it. But it is still here, it is part of our lives.»

The situation might be slightly better in Murmansk than other places. Although the city has many of the same problems as elsewhere in the country.

And prospects for the future are not bright, Borisov makes clear.

«Nothing will change in Russia, not until the psychology of people is changed. When people start to understand that their enemy is not their neighbor, but the state officials and the whole system»