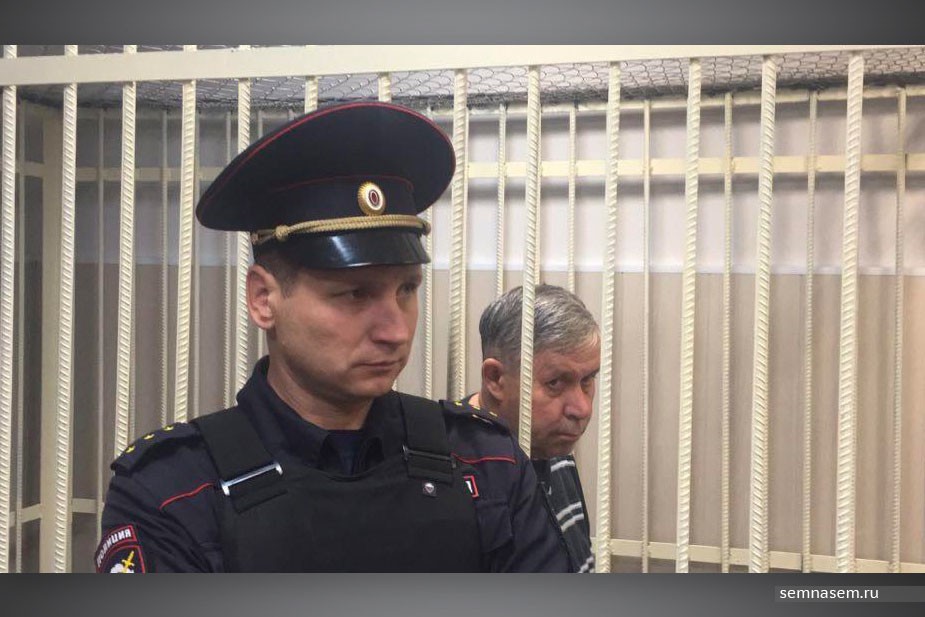 Supporters believe Sergey Koltyrin has been arrested because of his engagement in Sandarmokh. Photo: Sergey Markelov, 7x7-journal.ru

Director of the Medvezhyegorsk regional museum Sergey Koltyrin has for more than two decades been a key safeguarder of the Sandarmokh memorial complex in Karelia.

On October 3, the director of the local museum, Sergey Koltyrin, was arrested for almost two months, until November 27. Koltyrin and his acquaintance Yevgeny Nosov from Severodvinsk are accused of indecent assault on a minor.

According to investigators, in September 2018, two men committed indecent assault on a 13-year-old. The meeting was reportedly taped on camera. According to Interfax, Sergey Koltyrin wrote a confession.

The court decided to put Yevgeny Nosov behind bars for one month and 26 days. The suspect has no defender.

Lawyer Victor Anufriev is going to defend Sergey Koltyrin in court. He arrived in Medvezhyegorsk on October 4 to study the case file. At the meeting, Koltyrin was represented by an appointed lawyer Elena Morozova.

Sergey Koltyrin heads the Medvezhyegorsk regional museum since 1991. After the opening of the Sandarmokh memorial complex in Karelia in 1997, Koltyrin is considered his main keeper — he regularly organized subbotniks there, gave tours, and also organized commemorative events on the Days of Remembrance of the Victims of Political Repression on August 5 and October 30. For the first time, Sergey Koltyrin was unable to participate in a memorial rally in Sandarmokh in August 2018. According to his colleagues, he was “strongly recommended not to do this.”

During the search works of the Russian military-historical society in the late summer of this year, Koltyrin was appointed “responsible representative” of the Medvezhyegorsk museum. But after members of the expedition reported that they had found remains of prisoners of war allegedly shot by Finnish invaders on the territory of Sandarmokh, Koltyrin opposed, because only victims of political repression of 1937-1938 could be in the memorial.

According to Koltyrin’s colleagues and acquaintances, his case is connected with the “protection” of Sandarmokh. News journal «7x7» is preparing a report from Medvezhiegorsk, where the director of the museum has worked all his life.

The criminal case of sexual violence against a minor in Karelia was also initiated against the historian Yury Dmitriev, who found mass graves in Sandarmokh in the late 1990s. He was arrested in 2016 on charges of producing pornography depicting a minor. In April 2018, the Petrozavodsk court acquitted him. But the prosecution appealed the verdict, and the case was sent for reconsideration. In the summer of 2018, Dmitriev was brought to a new criminal case, he is now also accused of sexual assault of his adoptive daughter.