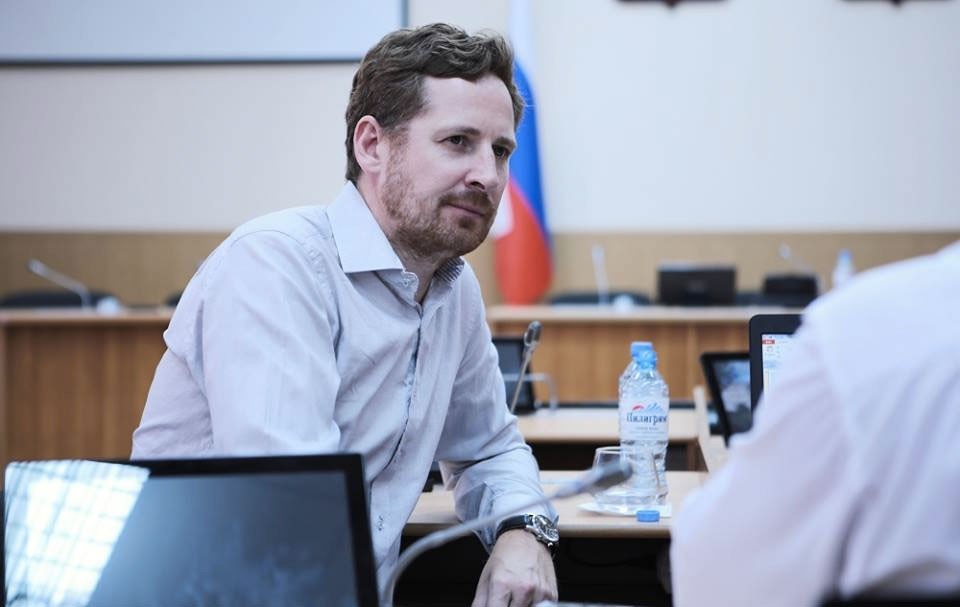 In Murmansk, politicians working in the shadows are trying to close an independent news agency

Dmitry Vysotsky, chief editor of the Murmansk news agency SeverPost is sure that the goal of Roskomnadzor, the Federal Communications Service is to close his agency. Over the course of one fateful week, five fines were handed to the agency. One of them was for an episode connected to Murmansk Fishing Day celebration, the penalty for which had already been paid, and the rest seem to have no reason behind them except to say that Roskomnadzor is acting on someone’s orders to shut SeverPost down, most probably, in connection to next year’s regional elections.

“It’s obvious to me that the agency is acting under orders,” says Vysotsky. “When I started receiving these protocols, I called Nikolai Adolfovich Proshkin, the head of the regional department of Roskomnadzor, and I asked him how he would feel if I had to close down because of all of this pressure.  Hearing this seemed to brighten his mood and he offered several suggestions how to go about it if this was what I really wanted to do. And after this, we got yet another letter with the allegation that our organization was operating in defiance of the laws concerning mass media. Clearly, they are looking for grounds to revoke our registration certificate.”

SeverPost is one of the few independent publications in the region and over the last 4 years, it has become the most quoted media outlet. It is critical of officials and they quite often get sued by the agency. Sometimes offended characters try to “solve the problem” without a trial and there has even been a conspiracy film on local TV trying to show a hypothetical connection between the editor-in-chief and his mythical “band of thieves”. The decisions of the courts have varied but so far, no one has ever tried to shut the paper down. Now you can get odds as to how long they are going to last.

The first fine came about a week before a flurry of other penalties. This was over an illustration advertising the above mentioned Fisherman’s Day. The regional government sent over a poster for the event but how many years the festival had been celebrated had not been included in the online notice. No, Roskomnadzor had no thought that this omission might incite some kind of seditious action at the festival but nevertheless, they decided that the publication was in flagrant violation of the law. And they decided that the illegal omission was not in fact the fault of the people who created the poster but of the journalists who printed it. Vysotsky was also personally fined for this as having been in charge. The editor tried to submit a scan of the original accompanying letter from the government noting the omission and explaining that he had had no right to photoshop information onto a finished poster. In response though, he was told that the problem was simply that Roskomnadzor had no jurisdiction over the state, they only had control over the media and, well, SeverPost is the media. And a week later, a new protocol was drafted for the same episode, this one against the paper itself.

The remaining four protocols came just after publication of an article containing a link to a YouTube video showing an incidence of child bullying. The official reason for initiating a criminal case here was torture. The Federal Communications Service considered the presence of the hyperlink in the text to be a violation of the law because the video apparently contains foul language. That link generated 4 separate fines even though the video itself was not even visible on the SeverPost site, the link was marked with a “Strictly 18+” badge and a similar note adorned the header containing the news agency’s name. Both the media outlet and the and chief editor were accused in the protocol of using profanity and one more protocol concerned a violation of the Federal Law for the Protection Of Children From Information Harmful To Their Health And Development, colloquially known as “the law on propaganda.”

The experts, whose conclusion formed the basis of the protocol, apparently considered that children would certainly violate this restriction and follow the link. And in doing so, these susceptible children would certainly be traumatized by what they saw and heard. If the court agrees with the supervisory authority’s position, the total fines could go as high as several million. And if this happens, the SeverPost agency will simply not be able to carry on.

After all this, Vysotsky received a non-compliance notice from the National Information Agency and the chief editor finally understood that the war against the SeverPost was going to continue.  He called the RKN and asked why the department had not been interested in the charter anywhere over the previous four years. Proshkin answered that his agency had simply been building their functionality. Now, he was prepared to demonstrate the full power of the organization.

And along with all of the above, the agency, only three hours before a scheduled interview with the governor, was denied accreditation to both Murmansk City Hall and the regional government press service. This interview had been on the schedule for four months and no explanation was given for the cancelation. SeverPost journalists are sure that this cancelation is connected to the inevitable revocation of their registration certificate. And they are equally sure that the revocation, as with all of their legal problems of late, have been ordered by somebody high up who is connected with next year’s elections. Whoever is actually pulling the strings has started clearing the information fields of unwanted weeds and in the government’s current point of view, the SeverPost’s relationship to honesty is apparently no longer appropriate public media.