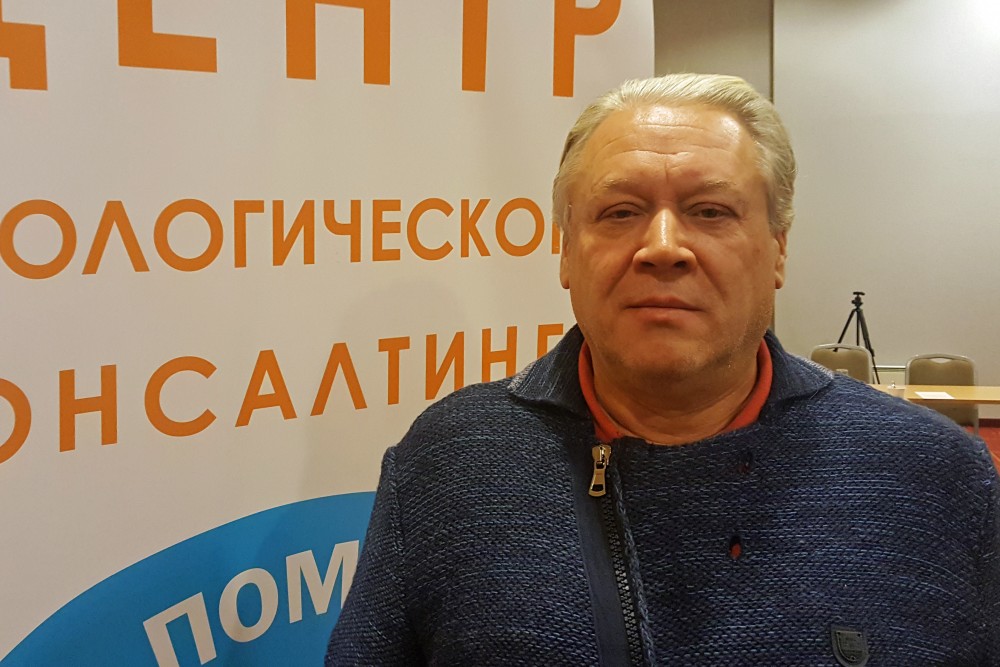 Together with a group of Moscow-based journalists, Surovtsev is initiator of the newly established Eco-Press, an association for ecological journalists. Among the other partners are the newspapers Komsomolskaya Pravda and Moskovsky Komsomolets and news agency Regnum.

The Moscow-based group has a dedicated focus on the Barents Region and recently toured the Russian-Norwegian borderland with seminars in Murmansk and Kirkenes.

In Murmansk, the wording «propaganda» sparked a debate among regional journalists over the intentions of the Moscow group to teach environmental journalism to regional media. It was the introduction to the seminar program that highlighted the need for «propaganda resources» in order to reach out to an international audience.

«We urgently need powerful propaganda resources which will aggregate information of the regional mass-media, Russian environmentalists and transfer this information on the international level,» the introduction said.

Explaining the wording to the Barents Observer, Timofey Surovtsev says: «Propaganda is maybe in-political. Propaganda of Russian life-style, Russian qualities, Russian culture is what I mean with propaganda. All of the constructive, all of the progressive about Russia we must translate to other countries.»

Surovtsev is especially concerned about the lack of objective environmental journalism.

«I think it is not objective. We must listen to opinions of each other,» he stresses when commenting on Norwegian reporting.

«Norway is in second or third place for being best environmental country. But it has the same problems as Russia. You have toxic garbage in fjords and aquaculture. In Russia we have also have toxic garbage, but not in the fjords.»

Surovtsev says we must be more truthful to each other when talking about problems.

«We talk about Norway as if it does not have any problems and I know it is not true. When I read your [Norwegian] newspapers I can’t find information about Norway’s problems. But about our [Russian] problems you write regularly.»

Norway’s dumping of mining waste to the fjords was also an issue brought up by Dmitry Kobylkin, Russia’s Minister of Natural Resources and Environment when he met his Norwegian colleague Ola Elvestuen in Oslo in late October.

The Ministry writes on its portal that «the sides exchanged opinions about the most problematic in environmental sense mining and processing companies that engage in offshore depositing of wastes. At the moment, waste rocks are deposited on five sites along the Norwegian coast.»

«The leader of the Russian Natural Resource Ministry proposed that Norway look at issues related to pollution in the borderlands, including the marine environment, on a multidimensional basis that in not only limited to control over the activities of Russian companies, the way it has previously been»

The Russian Minister’s concerns are not mentioned on the portal of the Norwegian Ministry of Climate and Environment.

Ecological problems have for decades made headlines in media of the Barents Region.

Tim Andersson, Chairman of Barents Press Sweden, a network of journalists in the region, says objectivity is alway a core in journalism. Andersson points to a series of study tours on Arctic journalism where both Swedish and Russian reporters from a wide-range of media participated.

«In 2016, we traveled across northern Sweden with a dozen of journalists from Barents Russia visiting locations where the mining industry both have caused huge environmental problems, but also to mines where the industry takes responsibility,» Andersson tells.

«We got great feedback form the participating journalists who were able to see for themselves how Sweden deals with it’s ecological problems.» And, Tim Andersson underlines, «to see that cleanup of old pollution spots actually takes place and costs billions of kroner.»

Tim Andersson refutes claims that journalists are biased in their reporting.

«We are not writing that Sweden, Finland and Norway don’t have environmental problems and Russia being an ecological wasteland. But, it is a fact that hindering pollution was neglected in the Soviet Union and due to that many of the environmental hotspots today found in the Barents Region are in northern Russia,» Andersson says.

«In the last year Norway has significantly tightened the visa process for Russians,» he says.

«For us, a visa application can take more than a month and visa issuance may be denied under any dubious pretext. Special reluctantly are Norwegian authorities to allow Russian journalists and public figures into their territory,» Surovtsev says.

Asked by the Barents Observer to elaborate, Surovtsev suggests this is a «consequence of spy-mania» that in recent times have erupted in «this most democratic» country. He claims to have several examples of journalists being denied visa, but will not name anyone specific.

«This started when Norway got new ambassador to Moscow,» he says.

Anne Stavik, Head of Visa Section with the Norwegian Embassy in Moscow rejects the claims and says there are no changes making it difficult for journalists or others applicants from Russia.

Stavik says to the Barents Observer that «journalists on press-travel to Norway is a group we specially facilitates for.»

«The Embassy handles such applications as priority, often the same day, but at least within the 10-days period stated in the visa-agreement,» Anna Stavik explains.

She elaborates: «When specially needed, we can receive such applications here at the Embassy without any delays instead of at some of our 25 visa application centers in Russia.»

Anna Kireeva, head of Barents Press Russia says visa trouble to Norway for Russian journalists is unknown for her.

«I have never experienced any problem with visa. We have never had any visas denided,» Kireeva says.

She estimates that about 100 Russian journalists over the last few years have participated in events abroad traveling within the framework of the Barents Press network.

Tatiana Britskaya, Murmansk correspondent for Novaya Gazeta agrees. «I have never had any problem getting a visa and I don’t know others being denied.»

Note to reader: The author of this article holds a valid press-visa to Russia, but has since March 2017 been denied entry to the country by FSB.