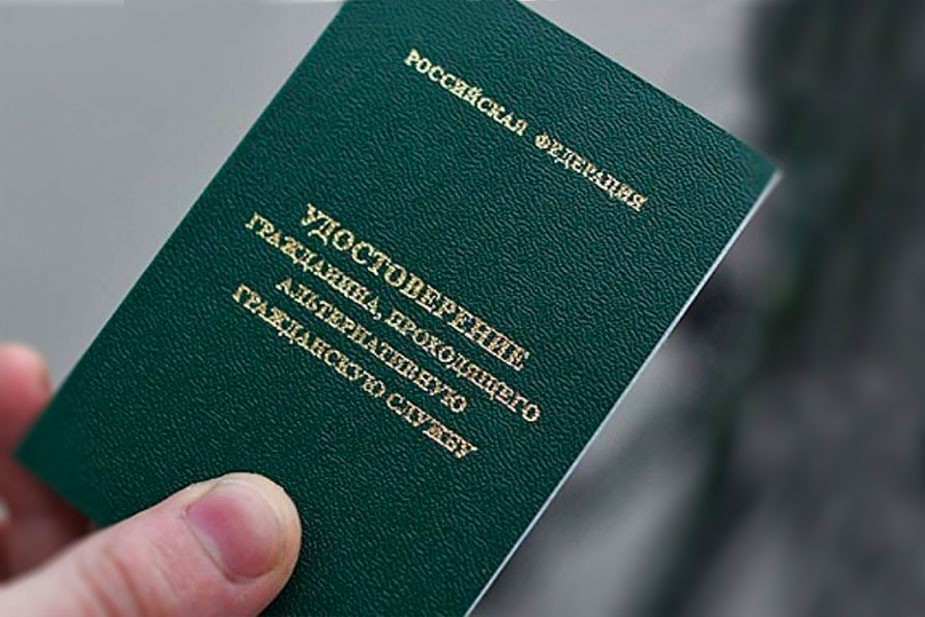 Every Russian citizen has the right to replace military service with alternative service if army laws and regulations contradict his religion, convictions and worldview. On photo is a cilvil service book. Photo: 7x7-journal

Anatoly Veshchagin is fighting for his right not to serve in the military.

On December 4, Veshchagin filed a lawsuit demanding to recognize his right to do alternative civilian service. He notified the employees of the city military registration and enlistment office that he adhered to anti-war convictions. However, he was still given a notice, and a few days later the FSB officers came to his home. They checked the apartment for the presence of devices for making bombs.

Anatoly Veshchagin is 20 years old. He studied to be a computer programmer, now took a break, but he intends to get a higher education. He considers himself a so-called anarcho-pacifist and is convinced that the military service, the skills that conscripts receive, and the ideology of the army contradict his personal convictions.

«I really think that in the modern world there should be no place for such a terrible event as war, and based on this, there is no need for military training of the population,» Anatoly Veshchagin explained to the «7x7» correspondent.

«The second draft board was no different from the first. Also a lot of violations and prohibitions,» he said.

Anatoly tried to record his communication with the representative of the military office on the phone. However, he forbade him to record video and audio, citing the «prohibition of the authorities,» and called the police.

Anatoly Veshchagin could not convince the staff of the draft board that he could not serve in the army for internal convictions. At the meeting on November 30, he was asked what movement of pacifism he refers to. Previously, Veshchagin was not asked such questions by the military.

«I, frankly, do not know what it was asked. Maybe for the military commissar and the draft board this issue had some value and could somehow influence the decision. They definitely don’t ask everyone about it,” says Veshchagin.

According to him, not every pacifist must necessarily belong to any movement, it is enough just to be against the war. But nevertheless he declared himself “anarcho-pacifist.”

On the commission, Veshchagin explained that he had not previously known about the deadlines for filing an application for the alternative service and his rights to replace a military service, since no one had ever explained this to him. An employee of the military registration and enlistment office did not consider this a valid reason.

«I have not received the decision of the draft board at the moment, I was given a notice for December 5,» wrote Anatoly on a social network.

But he will not go to the draft board. After filing an application to the court, all activities related to military conscription are suspended, he explained to the «7x7» correspondent.

However, his recognition of sympathy for anarchism had other consequences.

«I just wanted to more accurately express my views, but, unfortunately, this only led to problems. The military commissar did not like the word “anarchy” and almost directly called me a terrorist,» says Veshchagin.

After the conversation in the military office, the FSB officers came to the apartment where Anatoly Veshchagin lives. He was not at home, and they talked to his mother. They asked her about her work, her hobbies, and searched for devices that would allow to make an explosive device at home.

«As I was later explained, this is due to Mikhail Zhlobitsky, who had previously committed the attack in the FSB building in Arkhangelsk. He, as I understood it, was an anarchist [he belonged to the online communities of anarcho-communists], he seemed to study well. In general, the situation is somewhat similar to mine,” said Veshchagin.