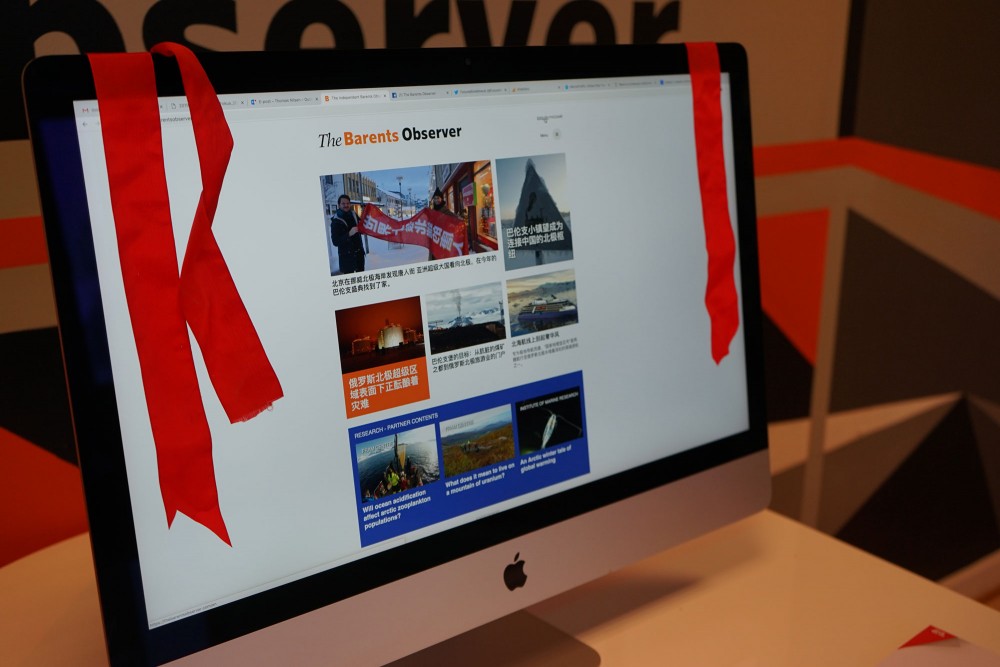 The growing engagement of China in the Arctic is accompanied by independent Chinese-language news from and about the region.
Read in Russian | Читать по-русски

«We want people in China to know more about our Arctic region,» says Atle Staalesen, publisher at the Barents Observer.

His online newspaper has over the last 16 years delivered daily news reports from the North in English and Russia. Now, the media organization starts publications also in Chinese.

It is the first newspaper in Norway that opens a Chinese-language section.

«The Chinese are here and they deserve news information in their own language,» says Staalesen.

He points to the quickly growing number of Chinese tourists in the north and an expanding engagement of Chinese authorities and business. Chinese companies are increasingly investing in regional infrastructure, industry and shipping.

The stronger role of China is seen both in northern Scandinavia and Arctic Russia.

The Barents Observer is an independent news company owned by its journalists. It strictly follows Norwegian and international acknowledged principles of the free press.

«Our stories are made with full editorial independence and we will continue to write freely about regional developments, including about issues considered sensitive by state authorities,» the newspaper publisher says.

That also applies to the Chinese section, he underlines

The opening of the new section is part of a pilot project supported by a local business development fund in Kirkenes, Norway. The stories are translated from English by a local translator. Unlike in the Russian version, only selected stories will be translated to Chinese.

Staalesen makes clear that he is now seeking partners that can join the development of Chinese-language Arctic news making.

«We have taken the first step in what we intend to make a full-fledged newspaper in Chinese. Together with good partners and investors we’ll make it a great success.»

Do you want to support the news initiative? Visit our support page. Do you want to be our Partner? Take contact with atle@thebarentsobserver.com