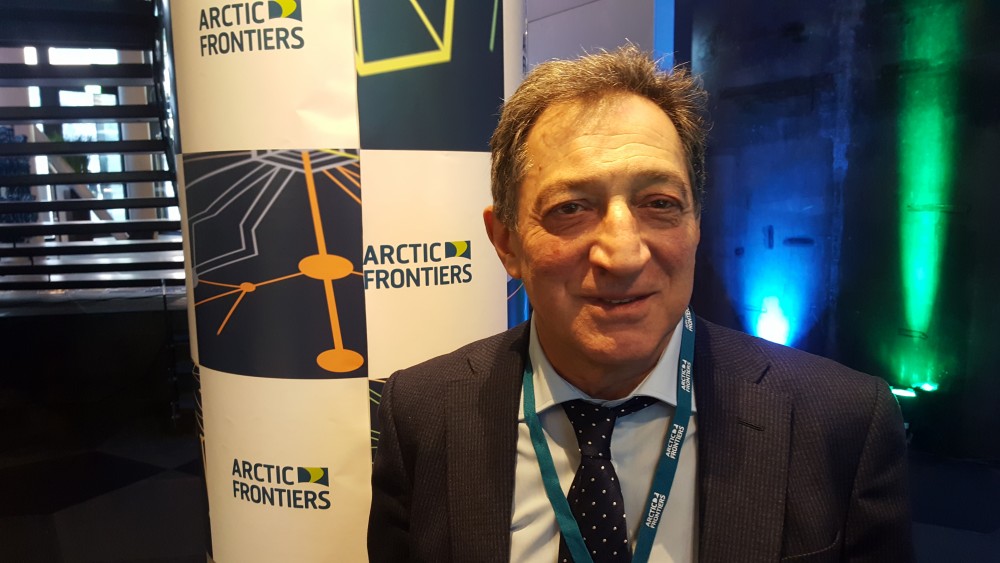 The blocking in Russia of the Norwegian newspaper is lifted to diplomatic level.
Read in Russian | Читать по-русски
By

The Russian media control authority Roskomnadzor’s blocking of the Barents Observer has stirred an official reaction from the Norwegian Foreign Ministry. In a speech delivered in the recent Kirkenes Conference, Foreign Minister Ine Eriksen Søreide made clear that the issue is being followed up on the diplomatic level.

«We see a worrisome development in Russia in the field of human rights, the free civil society and the free press, and this development concerns us quite directly — after all, only a week ago the online newspaper Barents Observer was blocked in Russia,» the Minister told the audience.

«We have addressed this issues with Russian authorities,» she underlined.

In the conference hall was also Russia’ Ambassador to Norway Teymuraz Ramishvili.

In an interview with the Barents Observer, he underlined that the case should be resolved in court.

«You should dispute this in court, and refer to the politicization of the case», he told the Barents Observer.

«What I recommend you is to go to court, collect money from a sponsor and go to court,» he repeated. He also made clear that there is litte precedence in this field in the Russian court system.

The Barents Observer was blocked in Russia on 19th February after it refused to comply with Roskomnadzor’s request to un-publish a story about Dan Eriksson, the Sámi man from northern Sweden that experienced a serious life crisis connected with his homosexuality and twice tried to take his own life. He is now a happy man who actively works with mental health issues among gay men.

Ambassador Ramishvili makes no doubt that descriptions of suicide is considered part of Russian extremism law.

«Calls for war, racism, discrimination - this is according to our laws extremism of ethnic and nationalistic character, along with terrorism, national hatred, [and] in this case we are taking about concrete advertisement for suicide, of «distructive behavior», he told the Barents Observer.

«I am not the court, but if you ask me about what is extremism, then I have this position: the Roskomnadzor has on the basis of the law decided that this includes a kind element of extremism because it advertises ways to commit suicide,» Ramishvili said and added that it all is based on an administrative decision that only be solved through court and the basis of a filed law suit.

The Barents Observer has published in Russian and English since 2003 and has a significant part of its readers from Russia. Readers and collaborating journalists from several key sites in the country, including Moscow and regions of Komi and Murmansk, confirm that the whole newspaper, both the Russian and English versions, now is blocked.

«It is not blocked, we have checked, both here and in Moscow,» he told the Barents Observer. «We made a special check. It is only the specific article, and not website as such, that is blocked,» he underlined.

Roskomnadzor’s actions against the Norwegian newspaper have triggered wide attention in the Russian press and several of the country’s biggest newspapers have covered the story. Some of them have sided with Roskomnadzor. In an article by Narodnye Novosti, Member of the State Duma Vitaly Milonov made clear that the Barents Observer should be «blocked to hell».

In Norway, the blocking of the newspaper has triggered reactions on government level. In a comment on her Facebook page, Minister of Culture Trine Skei Grande underlines that «it is not the task of the authorities to dictate what the press is to write or not write about.»

«The Barents Observer is a strong voice that tells important stories from our society, brave stories told by brave people like Dan Eriksson,» the minister says.

The Barents Observer is currently in the process of deciding how to proceed with a law suit against the Russian media authority Roskomnadzor.