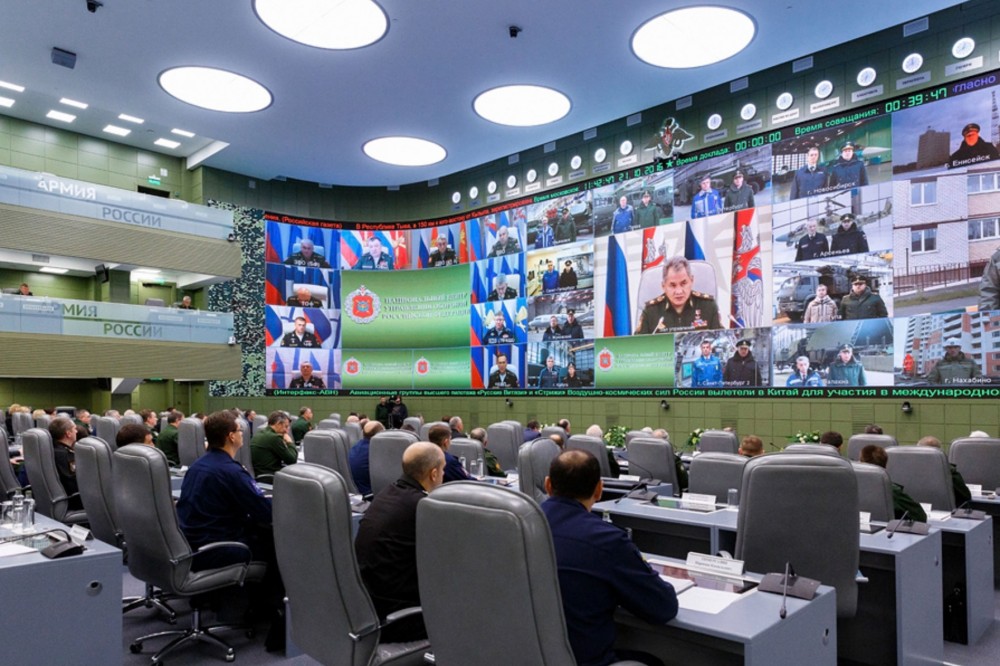 Russia’s new military internet to be supported by Arctic cable

A several thousand kilometer long fiber optic cable is to be laid along the Russian Arctic coast as part of the Armed Forces’ building of a new closed internet.
Read in Russian | Читать по-русски
By

The system could ultimately also be used as the basis for a bigger sovereign all-national web, military developers say.

The new system for exchange of digital information has been called the Multi-service Transport Network System (MTSS) and is under full development in the country. According to military officials, the first testing took place during the Zapad-2017, the great military exercise held in the western military district and Northern Fleet in September 2017.

Up 20 GB of information can be exchanged at a time between the military units. All of it is based on resources and communication systems developed in Russia and it includes mechanisms for monitoring, operational managed and function control, the press service of the Armed Forces informs.

It will significantly enhance the management efficiency of the military, officials say.

According to newspaper Izvestia, several fiber optic cables will be built to support the new MTSS. That includes one major cable laid across the country’s Arctic coast from Vladivostok in the east to Murmansk and Severomorsk in the west.

The Armed Forces have already started preparing for the laying of the trans-Arctic cable, military officials told the newspaper.

The MTSS will be fully isolated from the World Wide Web and all information will be stored on servers controlled by the Ministry of Defense. Data centers are reportedly under development several places in the country

Included is specially designed search engine and military leaders will be able to constantly access information about the whereabouts of army units, aircrafts, as well as submarines, surface vessels and space installations. Interactive maps will provide realtime pictures of their available deployments.

Currently, the Russian Armed Forces apply a system called the ZSPD, however this system is partly connected with the world web and non-military operators.

In the future, the current system will be fully integrated in the new MTSS, military officials make clear to Izvestia.

Isolation of the Russian internet

The military internet could ultimately be used as basis for a larger nationalized Russian internet that can replace the world web.

On the 11th March, Defense Minister Sergey Shoigu paid a visit to the State Duma. The state internet development might have been on his agenda. In his address to the legislators, Shoigu touched on key aspects of the Armed Forces’ development over the past six years that has enables the military to become a reliable guarantor of national security and state sovereignty, a press release from the Ministry reads.

The plans to isolate Russia from the world wide web has triggered an outcry among internet users.

On 11th March, about 15,000 people rallied in downtown Moscow in protest against the government’s plans to build an autonomous Russian internet.  The rally followed Russian legislators’ adoption of a bill on the development of a «sovereign internet». According to the bill that was approved in a first reading on 12th February this year, there will be built a national system for routing of internet traffic.

The main purpose of the bill is to «provide a reliable Russian part of the world internet that can be stable in cases of infrastructure failures that happen beyond Russian borders or that are the result of a major targeted external impacts,» the parliament chamber informs.

Several more controversial bills have recently been adopted by the State Duma on the control of the internet.

On the 7th March, the legislators hammered through amendments in the country’s federal Law on information, information technology and information protection. The new legislation allows the authorities to punish news media and others that distribute «unreliable information».

According to Duma committee leader Leonid Levin, fake news threaten the life and health of citizens, people’s property, as well as public order and security.

Among the amendments in the law is also a ban on information that «encroaches on human dignity and public morals and expresses disrespect for society, the state, official state symbols, the Constitution and state authorities.»

Like with the «fake news», the General Prosecutor will approach the media controllers of the Roskomnadzor in cases of suspected violations whereupon the latter will take action against the media.

You can help us.

Support our independent, nonprofit journalism.  You can give a small donation here.