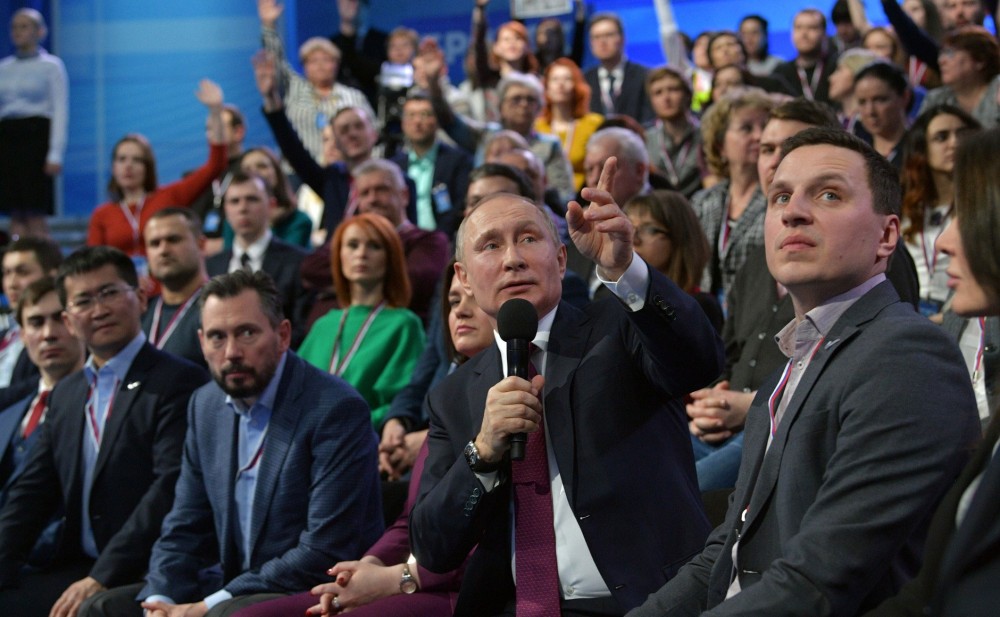 Vladimir Putin in an annual meeting with journalists. Photo: Kremlin.ru

President Vladimir Putin has signed a law on Monday that introduces fines for the unauthorized production or distribution of foreign print media.
Read in Russian | Читать по-русски

Russia has clamped down on the presence of foreign media in recent years. Since 2016, foreigners have been barred from owning more than 20 percent of media organizations, resulting in an exodus of foreign publishers. Putin in 2017 signed a law allowing Russian prosecutors to label media that receive funding from abroad as “foreign agents.”

According to the latest law, publishing or distributing foreign media publications without obtaining a permit or properly registering the mass media outlet with the Roskomnadzor media watchdog will be subject to fines.

The amendment to Russia’s code on administrative offenses was first adopted in the State Duma on May 30 and approved by the upper-house Federation Council on June 11.