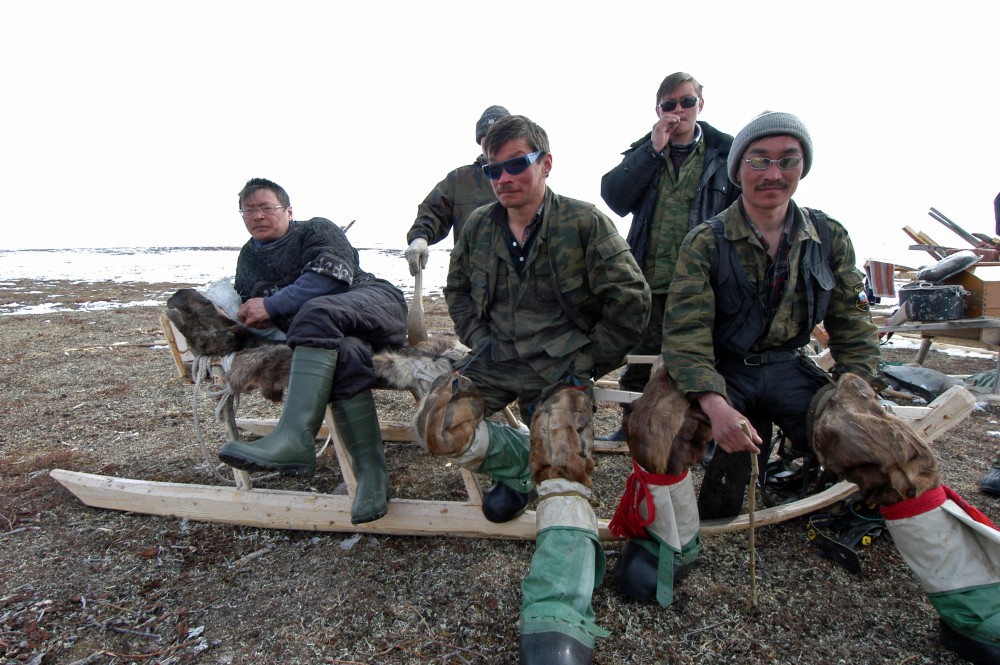 The Nenets people live on the tundra in Northwestern Russia. Photo: Thomas Nilsen

Director of the group, Rodion Sulyandziga, says Russia’s goal with the shutdown is to keep indigenous peoples outside any international, Arctic and UN venues.
Read in Russian | Читать по-русски
By

Last week’s ruling by a Moscow City court to dissolve the Centre for Support of Indigenous Peoples of the North / Russian Indigenous Training Centre (CSIPN/RITC) triggers protests from Brussels and the Nordic Sami Parliaments.

Representing indigenous voices across Siberia and the Russian north, Rodion Sulyandziga, says to the Barents Observer that hindering contacts with intergovernmental organizations and forums is exactly why the Justice Ministry in Moscow took the case to court.

«That was the goal of Russia. To keep us outside of any International, Arctic and UN venues,» Sulyandziga states.

He fears for the future of international networking.

«It will negatively impact our international, and in particular UN relations, due to the fact we will loose our institutional capacity,» Rodion Sulyandziga explains.

The ruling by the court, however, will be appealed. «We will appeal to the next upper court within 30 days, as is the legal procedures.»

The non-governmental group was funded in 2001 to provide assistance to people in Siberia, the North and Far East of Russia.

Russia’s Justice Ministry brought the case to court and asked for the shutdown of the organization over multiple violations of the country’s NGO law. It was back in 2015 that CSIPN/RITC was listed as ‘foreign agent’, a branding given to groups that receives funding from abroad and are involved in what authorities defines as ‘political activities’.

The indigenous peoples group then renounced its foreign funding and was removed from the ‘foreign agent’ list. For the Justice Ministry, however, the efforts to shut down the group continued.

«These worrying developments go against an independent and active civil society, which is an essential element to every democracy,» says Maja Kocijancic, Spokesperson for Foreign Affairs and Security Policy with the European Union.

«It is vital to create the proper conditions of state support for NGOs and to foster an open and inclusive environment for their growth,» Kocijancic continues.

She stresses that the Russian constitution enshrines the fundamental right to freedom of association.

«This is part of the Russian Federation’s international obligations,» Maja Kocijancic says.

On Friday, the case will be a hot topic in Rovaniemi, Finland, as the Arctic Leaders’ Summit will meet for the first time in nearly a decade. The forum, established in 1991, consists of indigenous peoples from across the Arctic, aimed at creating common understanding particularly on matters related to te Arctic environment.

Arctic states and observers to the Arctic Council are also invited to the discussions.

Aili Kesikitalo, President of the Norwegian Sami Parliament, says to the Barents Observer that the Sami parliaments in Sweden, Finland and Norway are planning a joint statement about the court’s order to close the Russian group.

«I expect the case to be raised at Arctic Leaders’ Summit in Rovaniemi,» she says.

«All attacks and impediments against the human rights of indigenous peoples makes the work more demanding. Unfortunately, this seems to increase, not improve,» Keskitalo says.

She will also bring the case to table when meeting Norway’s foreign minister Ine Eriksen Søreide in December.

The Barents Observer has tried to get a comment from the ministry, but to no avail.

Previously, though, when taking over the chair of the Barents Council in October, the foreign minister told the Barents Observer that civil society will be a focus area for the Barents cooperation during the chairmanship period that last until autumn 2021.

«We regularly address this in our dialogue with Russian authorities,» Søride Eriksen said when especially pointing to  the conditions for NGOs, the media and indigenous peoples.

Where is the Barents cooperation, wonders former reporter with Kola Sami Radio