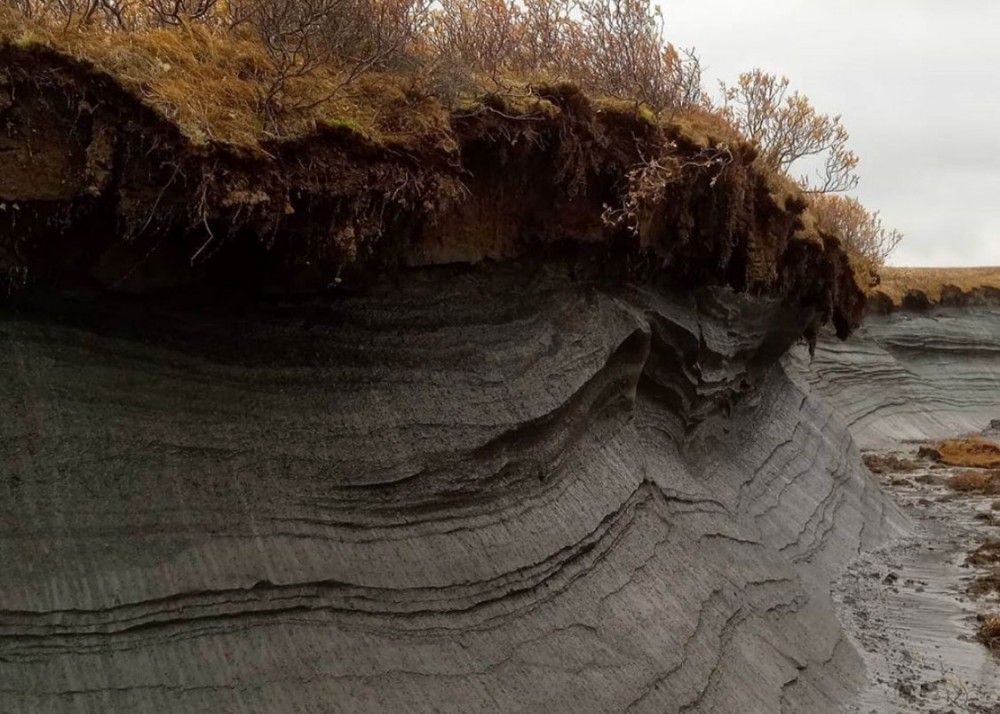 Leader of a small town in Arctic Russia gets firsthand experience of local climate change as he witnesses the drift of vast tundra masses into coastal waters.
Read in Russian | Читать по-русски
By

Municipal Mayor Oleg Shabalin got a very direct and personal encounter with climate changes in the Arctic when he this week visited a coastal area near his home town of Gyda.

Across a 200 meter wide belt, the tundra had collapsed and vast masses of mud and melted permafrost slid into the nearby sea. As the town mayor was on site, melted ground continued to flow towards the shore.

Footage posted on Shabalin’s Instagram account show a slow flood of tundra land drifting towards the shores of the Gydan Bay.

In some places, the sinkhole is up to 20 meter deep. The dramatic sight was made on the northern coast of great peninsula Gydan, in the area between the settlements of Gyda and Yuribey, Shabalin says.

Like nearby Yamal, the Gydan Peninsula is covered by vast areas of tundra that stretches into the Kara Sea.

According to town Mayor Shabalin, the background for the phenomenon is this year’s extremely warm summer and also recent heavy rainfalls.

The weather along the Russian Arctic coast has this year been unprecedentedly warm. And it is the areas around Yamal, Gydan and Taymyr that have been the most extreme.

According to the Russian meteorological service Roshydromet, the summer of 2020 was the warmest since measurements started in 1881. The average temperature in parts of the area were more than 5°C above normal.

It is part of a long-term trend. Climate researchers say average winter temperatures along the Northern Sea Route, the waters located along the Russian Arctic coast, have increased by about 5 degrees since the 1990s.

The high temperatures are leading to a rapid melting of permafrost across the Arctic. Similarly, vast areas of coastal lands are troubled by accelerating erosion.

As Oleg Shabalin came across the landslide, temperatures in the area of his home town were about 8°C above normal for the season, maps from Roshydromet show.