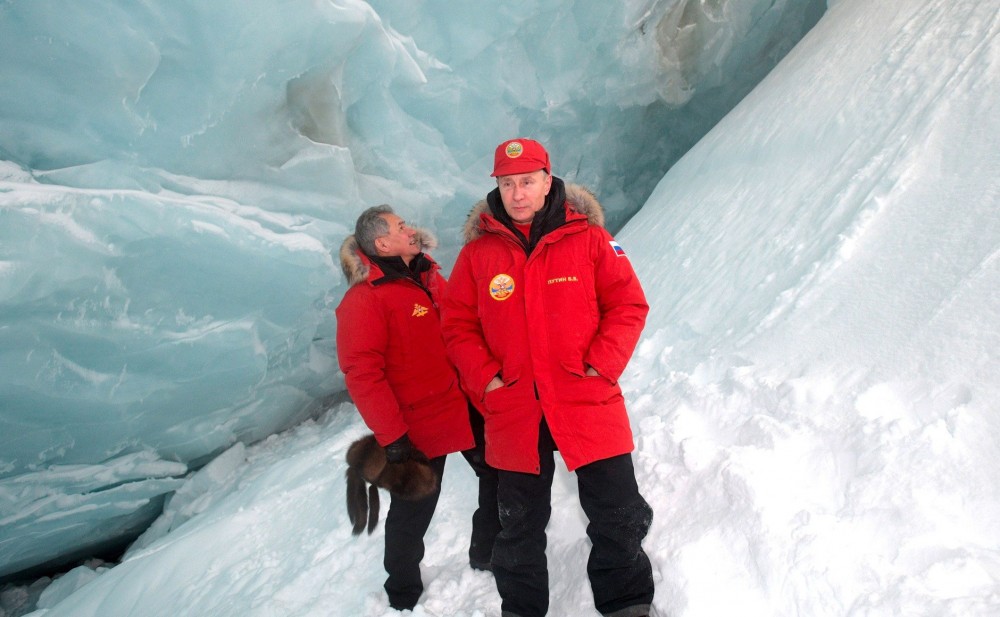 The new guiding document for Russia's vast Arctic territories includes plenty of focus on oil, natural gas and shipping, and only few words about climate change and green energy.
Read in Russian | Читать по-русски
By

Putin announced his intention to endorse the strategy already in April, and on the 26th October he finally put his signature under the document that outlines the country’s main Arctic priorities for the period until 2035.

It comes less than half a year before Russia takes over the chair of the Arctic Council.

The 37 page document focuses primarily on social and economic development and national security. It includes also an appendix with 14 target indicators.

The strategy is adopted as Russia invests vast sums in new Arctic infrastructure, hydrocarbon development, shipping and military hardware. The Arctic has become a top priority region for the Kremlin, and Putin’s demand for 80 million tons of shipments on the Northern Sea Route by 2024 is now a guideline for government.

No wonder, the prime focus in the document is on natural resource exploitation. The text includes the word “oil” (neft´) 26 times and “gas” - 38 times. The Northern Sea Route is referred to 26 times, and “infrastructure” is mentioned 46 times.

In its introductory part, the document does highlight “ecological systems that are vulnerable to external influence” and “negative environmental developments triggered by climate change.”

But it at the same time, the same paragraphs argue that climate change can also open new economic opportunity.

While Arctic ecology is referred to a total of ten times in the text, climate change is mentioned nine times. Renewable energy is mentioned only three times.

The same applies for the 14 target indicators outlined in the appendix. But here, words such as “environment” and “climate change” are not even mentioned. Instead, the appendix presents grand figures for a boom in Arctic oil and natural gas production, shipping on the Northern Sea Route and regional investments.

Among the targets is the creation of 200,000 new Arctic jobs by 2035 and a quadrupling of Arctic shipping to 130 million tons.

The security situation is a returning issue in the strategy, including military interests.

The Arctic is increasingly a central part in Russian national security and the country’s Northern Fleet plays the key role. Over the last decade, the fleet based in the Kola Peninsula has significantly modernized and expanded its military hardware and opened several new bases in remote Arctic locations.

According to the authors of the strategy, there is a growing conflict potential in the Arctic region.

The words “national security” are mentioned 31 times in the document. Meanwhile, the word “international” is mentioned 9 times, and “cooperation” - 8 times.

In its assessment of Arctic priorities, the strategy does not mention any specific foreign country or organization. With one exception: the archipelago of Svalbard is highlighted as a place where Russian presence is to be strengthened with “equal conditions” and “mutually beneficial cooperation” with Norway and other signatory states of the Svalbard Treaty of 2020.

That wording is different that in the previous Arctic strategy from 2013. That document has a more reconciliatory approach and highlights the need to “provide mutually beneficial Russian presence, economic and research activities in the Norwegian archipelago of Spitsbergen.”