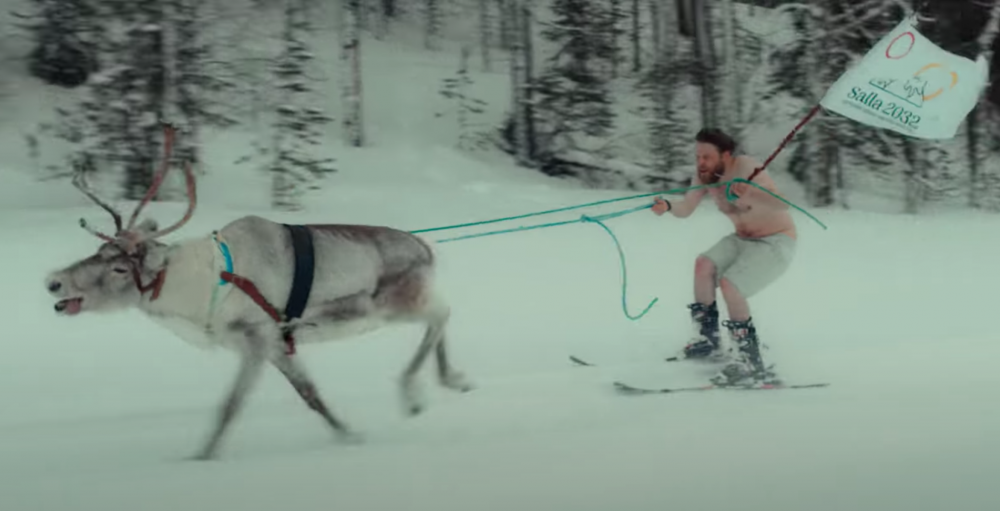 Salla is one of the coldest towns in northern Finland. Screenshot from the campaign film

"Please, don’t let these games happen," the municipal authorities in Salla writes in their call to host the 2032 Summer Olympics.
Read in Russian | Читать по-русски
By

The town in eastern Lapland, a stone’s throw away from the border to Russia’s Kola Peninsula, is normally marketing itself as the coldest place in Finland.

In a brilliant campaign film, like only the Finns can make, parody athletes exercise a range of summer sports in the freezing cold snowy nature in the area; beach volleyball, swimming, biking, surfing and running.

Under the slogan “Salla 2032 - summer games candidate city” locals from the municipality with 3,491 inhabitants explain that thanks to carbon dioxide, the snow will be sand so beach volleyball will be possible.

Dipping into the water, an ice-cream eating man says “in 12 years ice will be gone and this will be a perfect lake for [for swimming].” 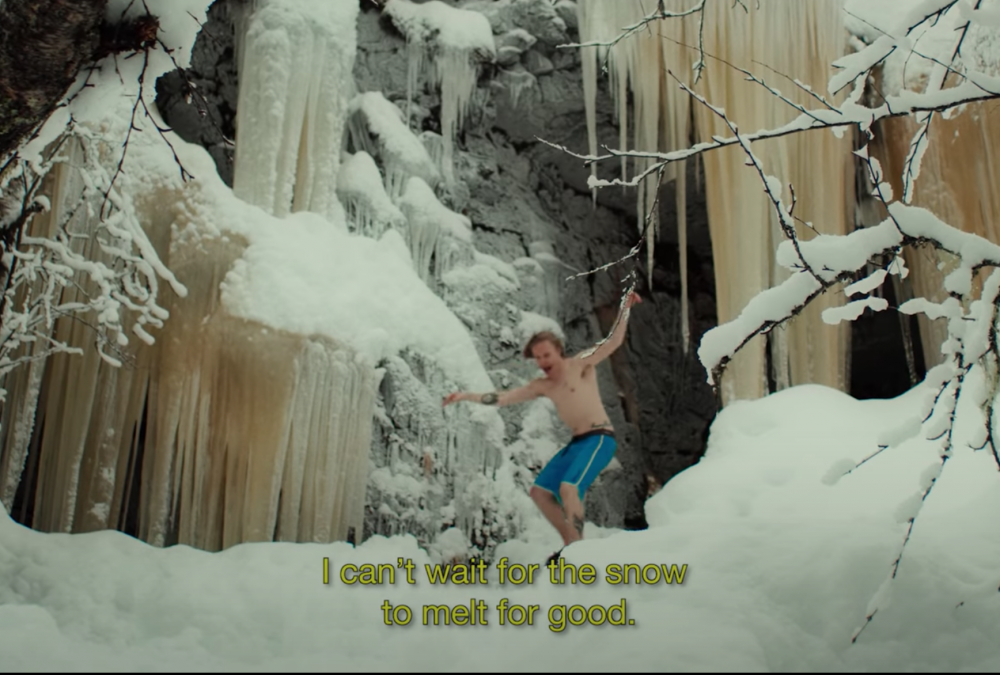 “Despite the obviousness of Global Warming, the ideology of Climate Change Denial is gaining traction all over the world and increasing every year. So we’ve created this bid to raise attention about the climate emergency,” the site reads.

“2032 will be a turning point in the battle against Global Warming. We either act now or our legacy to the next generation will be a worse planet than the one we met and we arrived to.”

The town’s Facebook site promotes the mascot for the Summer Olympics bid, a reindeer named Kesa.

There are some 10,000 reindeer in the wilderness of the municipality.

Reindeer in northern Scandinavia have a hard time finding food in times of climate change. Whit winters getting warmer, the snow melts and freeze, creating a think layer of ice, again making it harder for the animals to dig through.

There was no such thing before. When winter came, it came, the mascot explains.

Salla’s Mayor, Erkki Parkkinen, explains it in short: “Please, don’t let this game happen. If Salla is saved, the world is saved.”