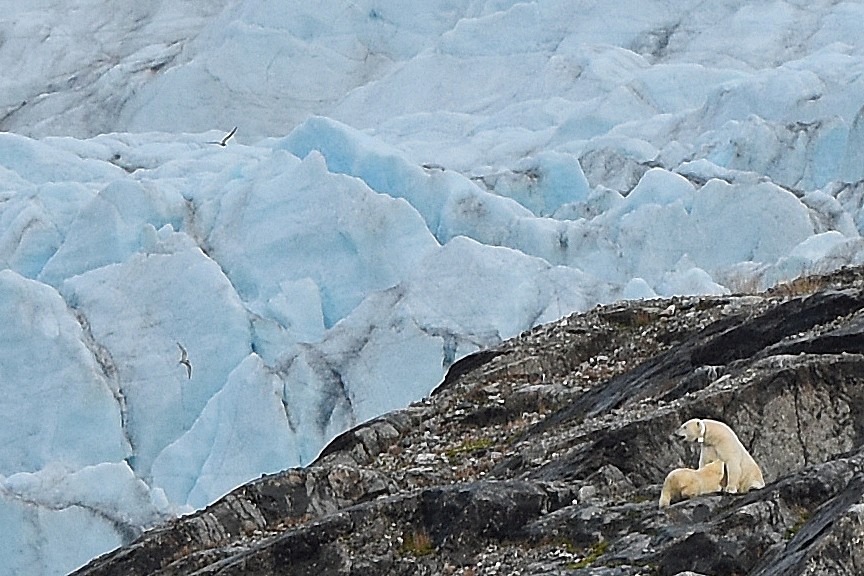 Polar bear feeding her cub in front of the Nordenskiöld glacier at Svalbard. Photo: Thomas Nilsen

When daylight is back in the high Arctic, a crew filming for Disneynature head to Svalbard to document climate changes.

Local newspaper Svalbardposten reports about the film crew receiving permits from the Governor of Svalbard to land at three glaciers with personnel. The filming is also reported by Forbes.

It is PolarX logistics, specialized Film and TV production services, that will assist Disneynature in the filming set to take place from March to May this year.

The company says to Svalbardposten the project has “massive potential” to raise awareness about climate changes to a worldwide audience.

As previously reported by the Barents Observer, Svalbard has since 1971 experienced a winter warming of 7ºC. And worse could it be. In Longyearbyen, the main Norwegian settlement on the archipelago, people see their houses sagging as the ground underneath is thawing.

Precipitation for the years to come is more rain instead of snow. This will lead to increased combined snowmelt-, glacier melt- and rain-floods. Isfjorden (The Ice fjord) next to Longyearbyen no longer freezes in winter, something that would have been unthinkable only a few decades ago.