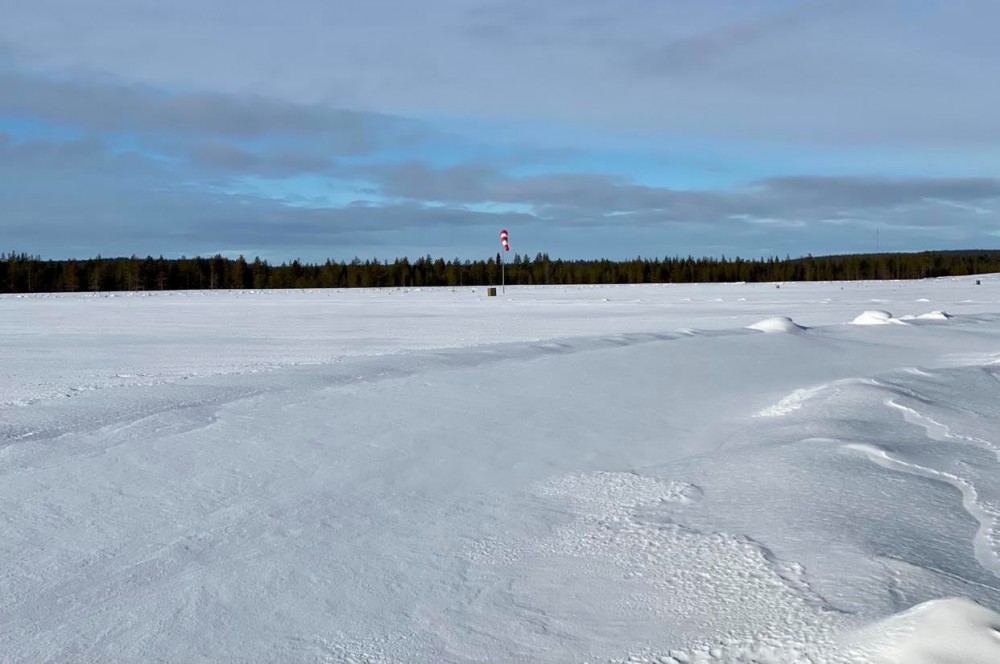 The Finnish Defence Forces spurned an offer by the Chinese Polar Research Institute to buy or rent Kemijärvi airport over security reasons.
Read in Russian | Читать по-русски
By

It is the regional branch of Finland’s state broadcaster, YLE Lappi, that tells the story previously being kept off public records.

Kemijärvi airport in eastern Lapland is normally unmanned and has no regular passenger flights. The 1,400 meters long runway is mainly used by the local aviation club and periodically by a private company for test flights of UAVs.

In January 2018, a delegation led by Xia Zhang, Director of the Polar Research Institute of China and Xu Shije, Director of the Chinese Arctic and Antarctic Administration, came to the municipality of Kemijärvi.

Atte Rantanen, Mayor of Kemijärvi told YLE that the goal of the Chinese research institutes was to get an air base for Arctic climate and environmental research flights to the North Pole.

“Their intention would be to conduct Arctic research on the Arctic ice-cap and for this they could need Kemijärvi. A big jet would operate from here with different measuring equipment and they would fly to the North Pole, make measurements, and flew back,” Rantanen said.

If moving ahead with the plans, it would be needed to extent the runway from 1,400 meters to 3 kilometers so a large heavy jet plane could take-off and land. According to Mayor Rantanen, the Chinese delegation was willing to pay the estimated €40 million to prolong the runway.

A challenge, though, the runway is next to Rovajärvi shooting range, Europe’s largest range for artillery exercises. Rovajärvi is 1,110 square kilometers.

Anu Sallinen, a consultant at the Ministry of Defence confirms to YLE that the plans about possible purchase of Kemijärvi airport came to the ministry in 2018. She said it would be unlikely that the airport, next to a strategically important military shooting range, could be sold to foreign state-owned entity.