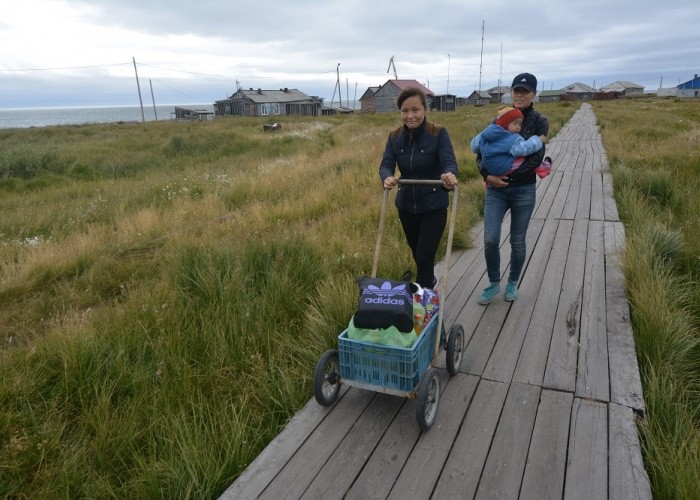 Russia’s Arctic and Far North regions could become arable in as soon as 20 to 30 years as climate change accelerates permafrost melt, opening up vast swathes of land to agriculture, the country’s environment minister said Tuesday.

Some 60-65% of Russia’s territory is covered in permafrost, the upper layer of soil that stays frozen year-round. With Russia’s Arctic melting 2.5 times faster than the rest of the world, this soil has begun to melt, transforming the landscape and causing environmental disasters.

In an interview with the RBC news website, Natural Resources and Environment Minister Alexander Kozlov said the government needs to learn how to “manage what is currently happening” with these rapid ecological changes.

“All such regions realize what will happen to them in 20-30 years: They will cease to be a northern region and will suddenly become agricultural,” he told RBC.

Although climate change may make new land available for agriculture, it will also lead to a more “nervous climate” in which unstable weather conditions will become the norm, said Alexander Kokorin, a climate scientist from WWF Russia.

Additionally, some of Russia’s traditionally arable lands are now experiencing desertification, which experts at the Institute of Geography also link to the climate crisis.

Kozlov himself named adaptation to climate change-related ecological shifts as one of three vital climate issues for the Russian government, along with following through on international climate pacts and protecting firms against foreign carbon taxes.

President Vladimir Putin has in the past downplayed the risks of climate change, remarking that global warming might not be that bad and Russians can benefit by spending less on fur coats. In recent years he has started calling for more decisive action against permafrost melt and other climate-related threats and he underlined the importance of international cooperation at an April climate summit.