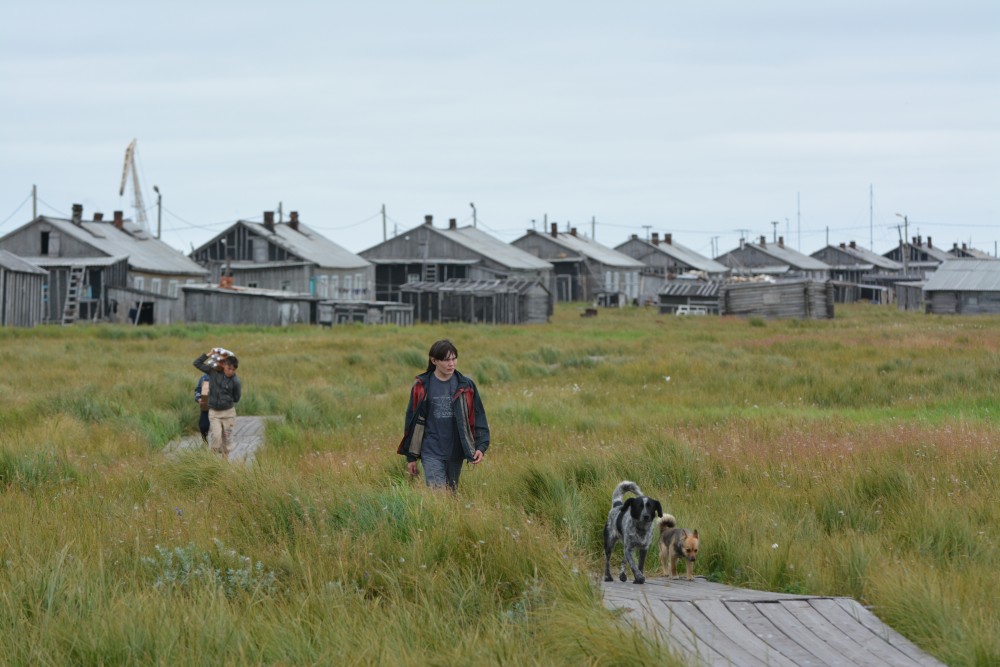 Village on the permafrost in the Russian north. Photo: Thomas Nilsen

Scientists from the Russian Academy of Sciences hypothesize that as the melting of the permafrost becomes more prevalent, so will the incidence of lung cancer.
Read in Russian | Читать по-русски
By

Massive amounts of uranium are stored in high concentrations underground throughout the Arctic zone. A product of uranium decay is radon gas. Normally, radon is contained in the soil by layers of ground and snow atop of it. However, as permafrost thaws, the radioactive gas seeps out from underground and is released into the atmosphere.

The link between thawing permafrost and increased risk of lung cancer is presented by researchers with the Federal Center for Comprehensive Study of the Arctic with the Russian Academy of Science.

When humans respire radon gas, their lungs are exposed to radiation. Radon is naturally present in air in small amounts. On average, about 0.4 pCi/L of radon can be expected to compose the air. In such small amounts, breathing in radon is fairly harmless, according to the U.S. Environmental Protection Agency (EPA). However, through constant exposure to the gas or to more concentrated quantities of it, the lining of the lungs get damaged. This in turn, increases the chances of developing lung cancer. According to EPA, radon gas is the second greatest contributor to lung cancer after smoking.

Permafrost thawing caused by climate changes is going to increase atmospheric radon levels, which will have horrible health effects on humans and animals in the region, according to the Russian science study.

As radon gas is both odorless and colorless, it is difficult to sensory identify. Arctic animals will not instinctively know that they are in danger. They are likely to continue living in the area but will be increasingly dying prematurely due to higher cancer rates. Local populations will also have difficulty identifying dangerously high levels of the gas without the proper equipment.

It is predicted that if temperatures in the Arctic continue increasing at the pace they have up until now, by the end of the century, about 2.5 million square miles of permafrost will melt. That is 40% of the world’s total permafrost, according to estimates by researchers at the Yale University. The Arctic Institute estimates that in the case of global temperatures increasing by 3 degrees Celsius, up to 85% of the Arctic’s top permafrost layers will thaw.

However, radon gas emissions are far from the sole consequence of diminishing permafrost. Permafrost is also a natural reservoir of mercury. In the Arctic region alone, approximately 700 million liters of mercury are accumulated in the soil. When Arctic soil thaws due to climate change, mercury will permeate into water, be absorbed by organisms and eventually travel up the food chain to humans. Exposure to mercury has negative, and at times fatal, effects on the health of humans, especially on their nervous, digestive and immune systems.

The Arctic’s permafrost is additionally one of the world’s largest carbon sinks and holds an approximate 1,400 gigatons of carbon. With increased regional temperatures, these carbon sinks can enter the atmosphere and further increase global temperatures due to the greenhouse effect. Thawing permafrost will also destroy the Arctic’s infrastructure as well as change the region’s terrain and ecosystems beyond repair.

Atmospheric radon gas increase is yet another frightening side effect of climate change to be added to the myriad of the already existing ones. As the evidence of doom amasses, it is necessary to act before it is too late.