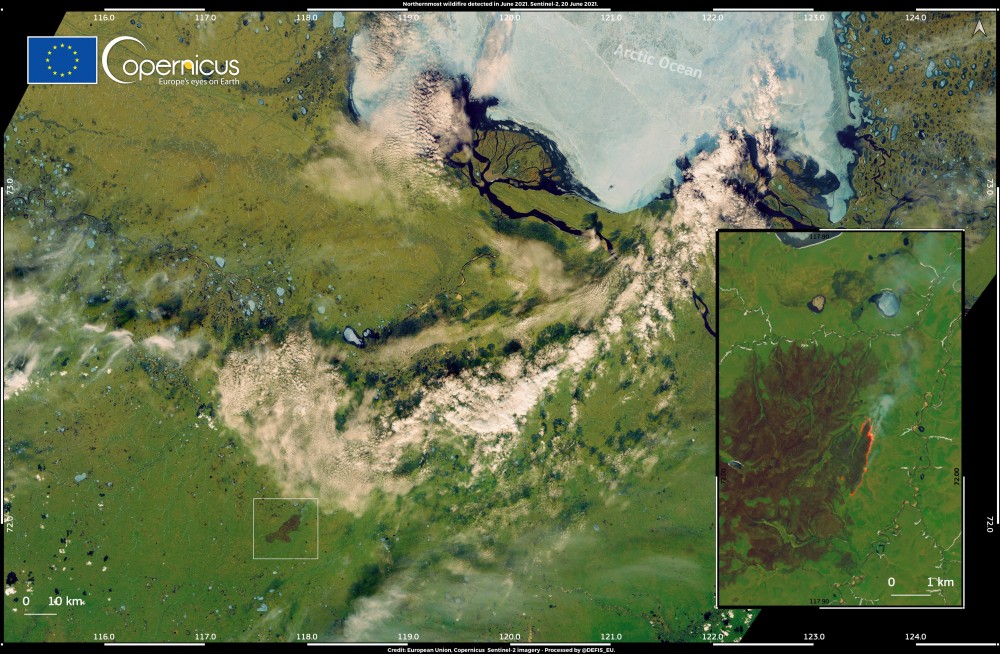 Image courtesy of EU_Commission Directorate-General for Defence Industry and Space

There is an abnormally high number of wildfires in Siberia to be June, and parts of the northern regions are recording temperatures more than +15°C higher than normal.
Read in Russian | Читать по-русски
By

It is the EU Commission Directorate-General for Defence Industry and Space (DG DEFIS) that on June 20 published a satellite image of a wildfire in the border areas between the Taimyr Peninsula (Krasnoyarsk Krai) and the Sakha Republic in northern Siberia.

Flames are spreading over a large area on the tundra southwest of the Lena River delta.

This will be the third year in a row when Russia’s Arctic region suffers from huge blazes. However, the wildfire now discovered by the European Union’s Earth observation program with the help of Sentinel satellites is exceptionally further north than seen in the previous two years.

“This is, to date, the northernmost wildfire detected in the Polar Circle by the Sentinel satellites in 2021,” according to a tweet from the agency.

Dry summers and high temperatures are the main reason for the increasing number of wildfire blaze across Siberia and Russia’s Far East.