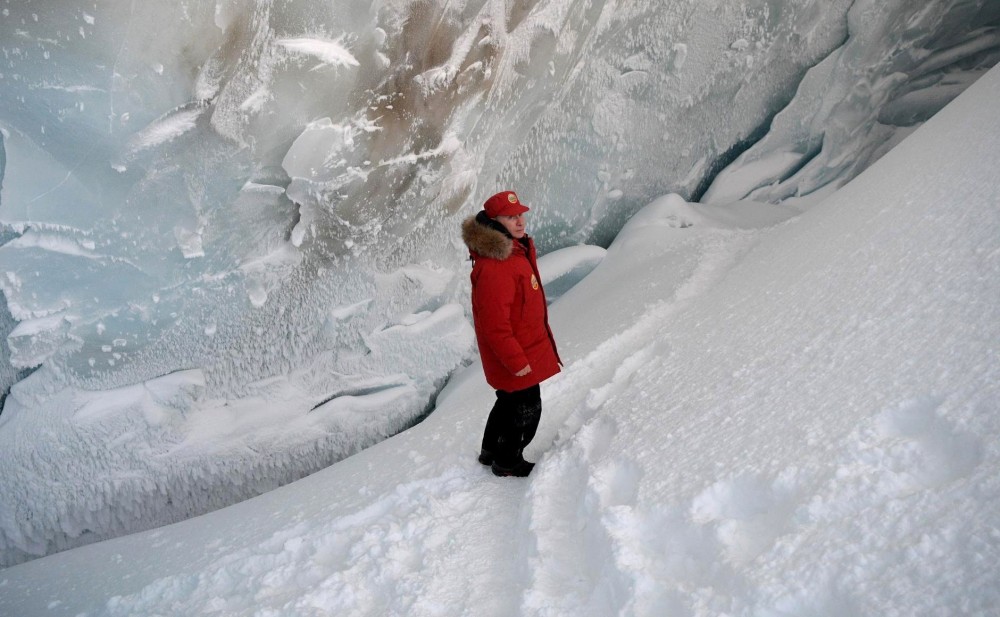 The Russian president underlines that melting ground in the Arctic could have devastating effects on his country. But he remains hesitant about the fact that it is provoked by human activity.
Read in Russian | Читать по-русски
By

It was another marathon press conference. In a well-staged show Putin got telephone calls and questions from across the country about the state of the nation, ranging from housing affairs in the countryside, local jobs, and to relations with the abroad.

On a question about ongoing environmental changes in the country, Putin left no doubt that global warming could have detrimental consequences. And he expressed special concern about the melting of the permafrost.

“Parts of our country, about 70 percent, are located in the north […] and we have settlements, infrastructure in the area, and if it was all to melt it would have serious, very serious, social and economic consequences,” the President underlined.

“We have to get prepared for it,” he said.

He also explained that parts of the country’s traditional agricultural areas are experiencing draught and gradually could be turned into desert land.

But Putin appeared not ready to fully accept that climate change is human-made. In the press conference, he made clear that not everybody believes humans are behind global warming and that there are natural periodical changes in climate across the planet.

According to the President, “some people believe […] that an irreversible process could set in which would turn our planet to a condition similar to Venus where, as we know, the surface temperature is about 500 °C.”

In the press conference, he made clear that the federal government is working on an action plan for handling of climate change, and that Russia will take part in international efforts on  capture of CO2.

The growing climate engagement was expressed also in Putin’s speech in the recent international Climate Summit. In the presence of world leaders, the Russian president underlined that “the fate of our planet, the development perspectives of each country, the prosperity and life quality of people, depends on the success of our efforts.”

In contrast, only few years ago, Putin openly said that climate change would be beneficial to Russia.

Speaking in the Arctic Forum in 2017, he underlined that climate change is positive for Russian developments in the Arctic.

“With climate change comes more favourable condition for exploitation of this region for economical purposes,” he said and pointed at the huge increase in shipping along the Northern Sea Route.

There is nothing to do about global warming, Putin argued.

“I fully agree with the ones who consider that the question is not about how to prevent it, because that is simply impossible, it could be linked with some kind of global cycles on Earth or the planetary system.”

“The question now is all about adaptation,” Putin underlined.