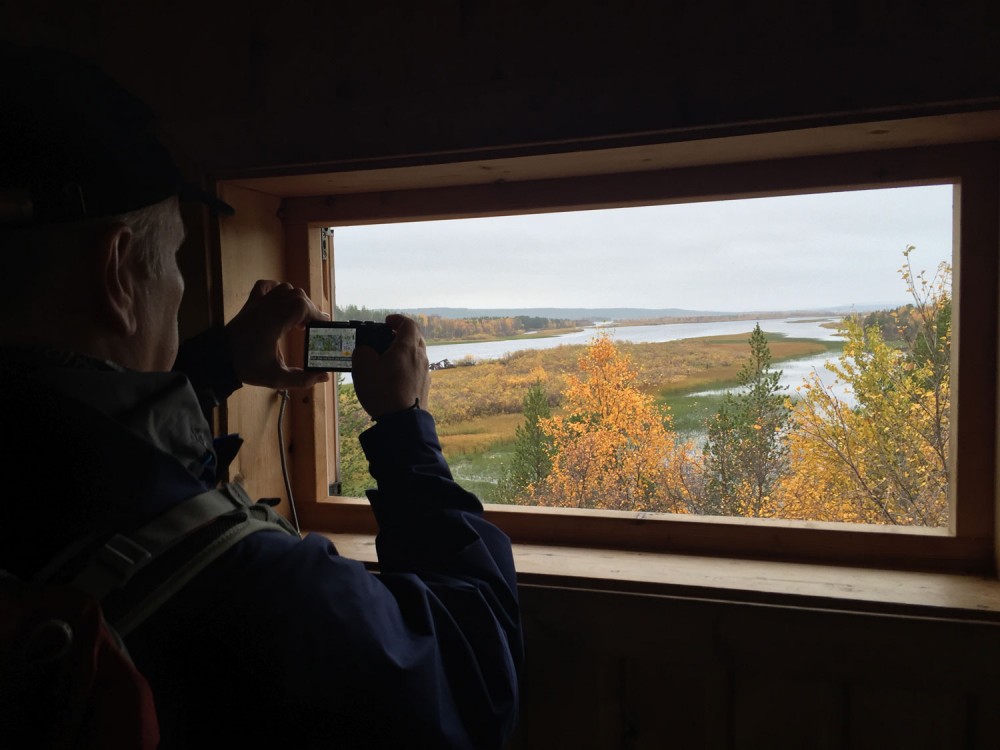 Russia says its forests neutralize billions of tons of greenhouse gases. Scientists have their doubts

In June, as western Siberia recovered from its worst forest fires in a decade, Russian President Vladimir Putin toasted his country’s contribution to the struggle against climate change at the St. Petersburg International Economic Forum, the premier get-together for the country’s business elite.

“Our country accounts for one fifth of the world’s forests. They absorb several billion tons of CO2 equivalent on an annual basis,” he said.

Putin’s declaration was the latest airing of a claim made by Russia’s deputy prime minister for environmental policy Viktoria Abramchenko that Russia’s ecosystems — primarily its forests — neutralize as much as 2.5 billion metric tons of greenhouse gas emissions a year.

With Russia’s annual emissions adding up to around 2.2 billion metric tons of CO2 equivalent, the estimate, if true, would make the country a net-zero bulwark of the fight against climate change, despite its decarbonization commitments being among the weakest of any G20 country.

Many scientists, however, have their doubts. According to eight Russian and international forestry and carbon accounting experts interviewed by the Moscow Times, the 2.5 billion figure is — at best — unproven, and at worst unrealistic.

“It’s hard to say what the true figure is, but it certainly isn’t 2.5 billion.”

Russia’s 800 million hectares of forest — which cover half the country’s landmass — are at the core of its climate strategy.

Russia’s Paris Agreement commitments provide for its emissions reductions to be calculated based on “the maximum possible absorptive capacity of forests and other ecosystems.”

Meanwhile, a trial scheme on the heavily forested far eastern island of Sakhalin is set to allow polluters to buy tracts of woodland to offset their emissions.

It’s an approach which has been hobbled, however, by a chronic lack of data about Russia’s forests, and how much carbon they absorb.

With much of Russia’s official forestry inventory data up to 30 years old, there is a consensus among scientists that existing state figures underestimate carbon absorption.

“There’s not enough information there to properly calculate absorption,”  said Anatoly Shvidenko, a senior researcher in forest science at the Sukachev Forestry Institute of the Siberian Branch of the Russian Academy of Sciences. “As a result we end up with a figure that is a substantial underestimate.”

Faced with a lack of data, the government has decided to factor all of Russia’s forest land into the country’s environmental impact.

This approach violates a key element of international climate reporting.

Under guidelines set by the UN’s Intergovernmental Panel on Climate Change, forests — the ecosystem most effective at absorbing carbon — are divided into two categories, managed and unmanaged.

Managed forests — those harvested for timber and protected by humans from fire and disease — may be included in net emissions calculations, as their contribution to reducing carbon levels is considered the result of human activity.

Unmanaged forests — which are neither commercially exploited nor protected by humans — may not be added, as their greenhouse gas absorption is considered part of the natural carbon cycle, independent of humans.

In a February 2021 directive, Russia’s Environment Ministry decreed that, for the purposes of carbon accounting, Russia’s unmanaged “reserve” forests would be treated equally to its managed forests.

In a statement, the ministry claimed that this move alone could increase absorption figures by almost half a billion metric tons of carbon dioxide annually.

“This kind of calculation, based on all forests, does have a certain value,” said Riccardo Valentini, professor of forest ecology at the University of Tuscia, Italy.

“But it’s not applicable for reporting on emissions.”

Even before the decree, Russia may already have been overstating its proportion of managed forests, and therefore its carbon absorption, say scientists.

Though 77% of Russian forests are traditionally considered “managed,” individual countries are largely free to set their own definitions of the term.

As a result, Russian forest statistics classify fire control zones — areas of remote woodland where authorities do not have to extinguish fires if they do not pose a risk to human life — as managed forests.

Accounting for around 45% of Russian forests, these areas do not meet international standards for managed forests, not being protected from the single greatest threat to woodland.

“In essence, these areas are not managed forests, and should not be counted toward carbon absorption,” said Greenpeace’s Yaroshenko.

For Yaroshenko, shifting forest definitions are the result of political influence on Russia’s carbon accounting.

“It’s obvious that the authorities want the estimate to be as high as possible,” he said.

Canada is similarly accused of deliberately underestimating its forests’ fire-driven emissions. But for Russia the issue is particularly acute, as the EU, a major trading partner, is mooting climate change tariffs that would likely hit Russia’s vital fossil fuels sector.

“I think the main idea is about trading carbon quotas, and paying off potential carbon taxes,” said Yaroshenko. “The absence of reliable information allows the authorities to come up with whatever statistics they want.”

“In good years, when there are fewer forest fires, absorption could be 1.3 or 1.5 billion tonnes of CO2 equivalent,” said Sergey Bartalev, head of the Terrestrial Ecosystems Monitoring Laboratory at Russia’s Space Research Institute and a co-author of a recent study that increased estimates of Russian forests’ carbon sequestration by almost 50%.

Though one formula for calculating carbon dioxide absorption, produced by the All-Russian Institute for Silviculture and Mechanization of Forestry, reached 2 billion metric tons annually, its methodology has been criticized for using outmoded data to produce overly rosy results.

Even with other ecosystems included, results fall some way short of the government’s estimate, especially as many non-forest ecosystems absorb carbon dioxide only to emit methane, a far more damaging greenhouse gas.

“Along with scientists from other institutes, we undertook a big study including steppe, tundra and swamps and came to a figure of 2.6 billion metric tons of CO2 annually,” said Anna Romanovskaya, director of Moscow’s Yu. A. Izrael Institute of Global Climate and Ecology.

“But when we added in other gases like methane, that figure was almost halved,” she said.

Nevertheless, Russia still has a number of understudied potential carbon sinks which could, hypothetically, boost the number toward the Kremlin’s figure.

“We still don’t know how much carbon the forests’ soil is absorbing,” said the Institute of Space Research’s Bartalev.

“Most likely, it’s quite a lot in the northern forests.”

Likewise, Russia’s estimated 76 million hectares of abandoned agricultural land intrigues the country’s forestry experts. If reforested it could increase annual CO2 absorption by as much as half a billion metric tons, experts believe.

However, for many scientists, even if true, the 2.5 billion estimate is besides the point.

With global temperatures set to rise in coming years, without action Russia’s forests are likely to sequester less and less carbon, regardless of how much they absorb now.

“There’s a major risk that within the next fifteen or twenty years, Russian forests will become a source, not a sink of carbon,” said Greenpeace’s Yaroshenko.

Russia’s 2012 fire season — among its worst ever — briefly saw the country’s forests become a net source of carbon.

Even so, experts stress that Russian forests still today represent a large carbon sink, and that there are ways to preserve and increase their absorption in future.

A rapid shift towards intensive, well-resourced forest management with aerial fire extinguishing and satellite monitoring of woodland areas could yet make a decisive contribution to saving Russian forests, scientists agree.

However, with climate change accelerating and limited interest in the massive investments in forestry required, optimism is limited.

“Unfortunately, much of the world, Russia included, is seriously lagging behind on the transition to sustainable forestry,” said forest scientist Shvidenko.

“The later we begin, the more we lose.”