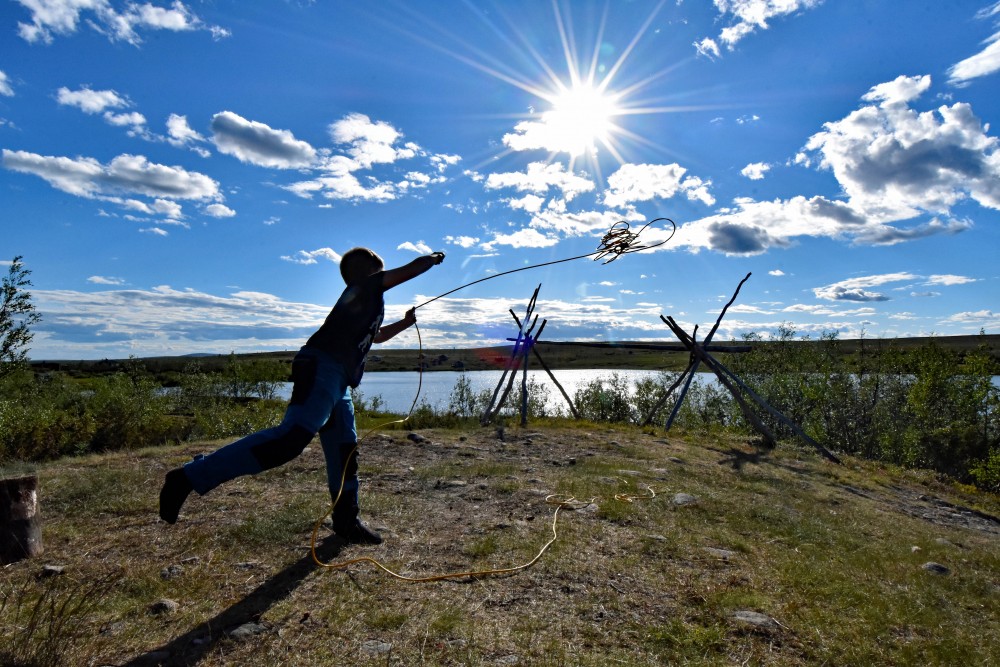 Today one in five Finnish reindeer herders is under 25, with the share of women herders growing.
Read in Russian | Читать по-русски
By

More young women in Finland’s far north are taking up reindeer herding, according to the Reindeer Herders’ Association.

Ida Wessman, 28, bought her family’s herd of reindeer after her father passed away five years ago.

“It’s been going pretty well. With this industry is you’ve got high points and low points,” Wessman said, alluding to severe 2019-2020 weather that killed 15,000 of the animals.

Some 100,000 reindeer are slaughtered in a typical year, but last autumn this number was just half of that at 50,000, owing to unusually heavy snowfall which hampered grazing.

Young herders are also experiencing social scrutiny their parents didn’t face in regard to animal welfare. A University of Umeå study found that one in three herders aged 18-to-29 in Sweden had contemplated suicide owing to various pressures, such as income insecurity, minority status and herd loss to predators.

“I don’t feel the outside pressure, especially in regard to how I handle the animals. Everyone tries to cause as little stress to the animals as possible. It can of course look brutal to outsiders,” Wessman said.

“Reindeer herders don’t, for example, have access to occupational healthcare. Now that many things in the world are changing, it’s probably a good thing to find out how the herders are doing,” explained Arja Rautio, a professor specialised in Arctic health at the University of Oulu.

“I believe young people will continue to see reindeer herding as a source of livelihood. It plays a central role in remote areas like this,” said Mika Kavakka, head of Finland’s largest reindeer herding cooperative, Kemi-Sompio.

Kavakka said women herders carry out all of the same duties as men, such as rounding up the reindeer and earmarking the youngest members of the herd.

Wessman said she has felt she’s on equal footing with her male counterparts.

“Young women are taken just as seriously as young men entering the industry,” she said.

But when it comes to having a baby, women herders are only entitled to 200 hours of stand-in support, a social subsidy available to agricultural entrepreneurs.

Tuomas Aslak Juuso, President of the Sámi Parliament in Finland, told Yle that the group is currently in talks with the Ministry of Social Affairs and Health to remedy the lack of maternity support for women herders.