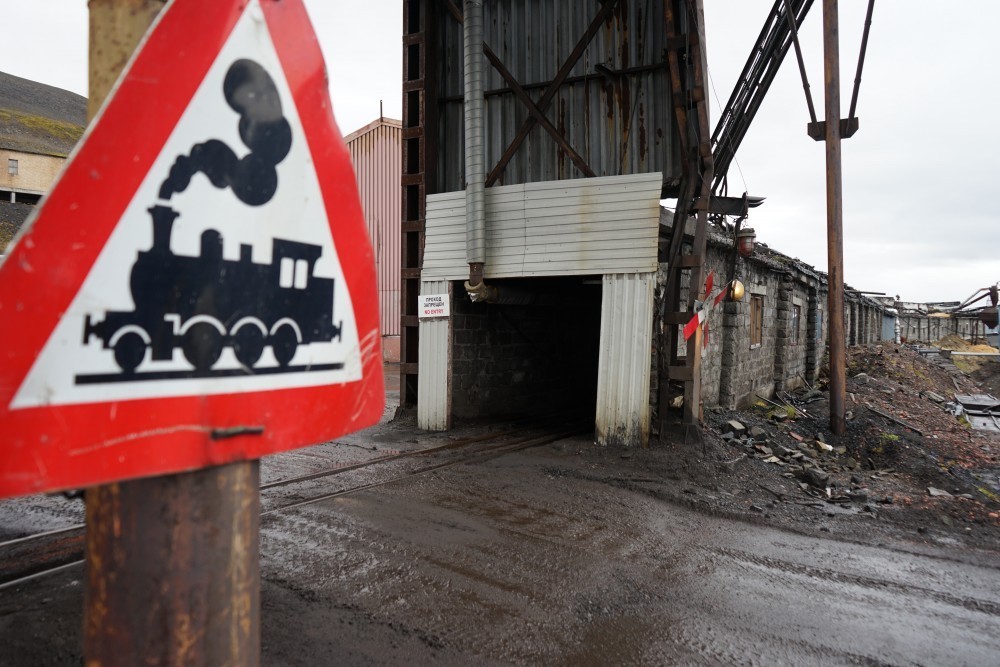 Thawing permafrost across the circumpolar North is posing an increased risk to transport and transportation infrastructure, and if left unchecked, could lead to tens of billions of dollars in extra costs, says a team of international researchers.
Read in Russian | Читать по-русски

“Under anthropogenic warming, infrastructure damage is projected to continue, with 30–50% of critical circumpolar infrastructure thought to be at high risk by 2050,” the researchers said.

“Accordingly, permafrost degradation-related infrastructure costs could rise to tens of billions of US dollars by the second half of the century.”

The study “Impacts of permafrost degradation on infrastructure” was published on Tuesday in the journal Nature Reviews Earth & Environment.

In it, an international team of experts did a literature review of approximately 170 papers that covered the Northern Hemisphere where permafrost is located, both in the Arctic and places like the Alps and the Tibetan plateau.

A double whammy of both climate change and infrastructure construction are leading to increased permafrost degradation, the authors found.

“These impacts, often linked to anthropogenic warming, are exacerbated through increased human activity,” the paper says, noting railways, as well as oil and natural gas pipelines, appear to be the structures in the most vulnerable positions.

Lead author Jan Hjort, a professor at the Geography Research Unit at Finland’s University of Oulu, said the full impact could be felt as early as within 80 years.

“We must consider that in these geographically very extensive analyses it has not been possible to take into account the ‘heat load’ caused by construction and buildings themselves, so the threats could easily become tangible in extensive damage to buildings before the end of this century,”  Hjort said in a news release.

The most substantial infrastructure damage has been observed in some regions of Arctic Russia where up to 80 per cent of buildings in some cities have been affected, the findings say.

The lowest damage to infrastructure was noted in Arctic Europe in regions like Svalbard.

“About 500 Arctic villages and cities are located in areas where permafrost is expected to thaw by the middle of this century”, Miska Luoto, a professor at the department of Geosciences and Geography at the University of Helsinki in Finland, and one of the study’s authors, said in a news release.

In Canada, about 30 per cent of the infrastructure has been damaged because of permafrost degradation.

Guy Doré, from the Department of Civil Engineering and Water Engineering at the University of Laval in Canada, and one of the paper’s authors, says it’s infrastructure like roads and airstrips that cross different kinds of terrain in Canada’s North, that are most affected.

“Roads, because they’re linear infrastructure and have to cross several sorts of environments and go through areas of ice-rich permafrost, are very often the infrastructure that is damaged,” Doré said in a phone interview.

“And to a lesser extent, the other type of infrastructure that’s damaged is airstrips, which is also linear infrastructure and likely crossing an area where there’s ice-rich soil.”

Buildings and bridges in northern Canada are less affected because they occupy small areas, that when properly surveyed, can be designed to remain stable.

“We do see buildings or bridges that are damaged in northern Canada, but the proportion of this type of infrastructure that’s damaged is much lower than roads and airstrips,” Doré said.

“Smaller infrastructure like buildings and bridges requires only a very small area to investigate and if you’re in an ice-rich environment you can design accordingly and have a relatively stable building.

“But [this type of investigation] is not always done and many of the problems that these structures are facing are caused because the geotechnical investigation was not done properly or important information was missed for some reason.”

The costs of repairing and maintaining infrastructure damaged by permafrost degradation could reach 30 billion euros in the Arctic alone by 2060, the study says.

Convection embankments, thermosyphons and piling foundations, are among some of the technical solutions that could be deployed to help stabilize northern infrastructure, but technology alone won’t be able to address the problem, the study says, saying more precise permafrost forecasting would allow better surveying of danger areas and more detailed cost projections.

“Engineering solutions are able to mitigate the effects of degrading permafrost, but their economic cost is often high,” the researchers say

“Greater efforts are needed to quantify the economic impacts and occurrence of permafrost-related infrastructure failure.”

Increased cooperation amongst the international community ranging from decision makers to builders to researchers, will also be key, the study says.