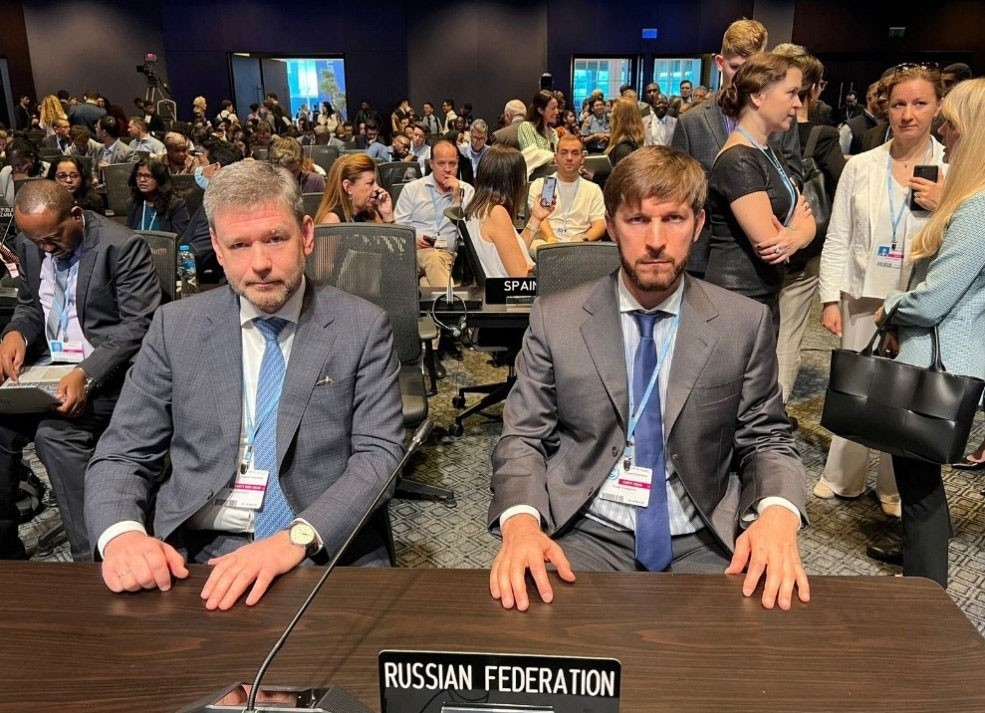 The Russian delegation at the COP27 climate change conference had no easy job to promote Russian positions. Disgraced by the country’s aggressive war against Ukraine, the Russian negotiators were met with lukewarm, if not outright hostile, approaches from international colleagues.

At the head of the delegation was the Kremlin’s special climate envoy Ruslan Edelgeriev, the former Chechen prime minister and close associate of regional strongman Ramzan Kadyrov.

Ahead of the conference, Edelgeriev underlined to Egypt’s Ambassador to Russia that the climate talks must have “a depoliticised and unbiased approach” and that a “pragmatic and well-intentional position that supports an atmosphere of cooperation” must be pursued.

Edelgeriev later expressed concern about a negative impact of current geopolitics on international climate ambitions, Interfax reported. Previously, he and other Russian officials have also called for eased sanctions in order to facilitate Russian climate policy.

Russia’s losing standing in international climate talks not only comes because of its onslaught in Ukraine, but also because of its dwindling role as energy super-power.

According to Russian climate and anti-war activist Arshak Makichyan, the Russian delegation at COP27 in Sharm El-Sheikh spent two weeks lobbying for nuclear power as a fossil fuel alternative in an attempt to retain its stranglehold on global energy systems.

Makichyan argues that there is no place for a fight against climate change in the ideology of Vladimir Putin.

“Fossil fuel extraction is a Russian tradition on par with corruption and institutionalised racism, and the Kremlin has an interest in protecting all three,” he writes in a column for the Moscow Times.

The COP27 took place as new temperature highs were recorded in the Russian Arctic. Data from the Russia’s Meteorological Institute Roshydromet show that parts of the Taimyr Peninsula in October this year was up to 8°C higher than normal.

A temperature map for the region show that also the Yamal Peninsula and major parts of the Kara Sea and Laptev Sea in the same period was 6°C warmer than normal.

For all of the Russian Arctic, the average temperature was -6,4°C, which is almost 4° higher than normal for the month, Roshydromet informs.

For all of Russia, October 2022 was the third warmest October since measurements started in 1891.

The town of Dikson is located in the middle of last month’s heat belt along the Kara Sea coast. Average temperatures in in town is normally 7,4°C in October. This year, however, the average temperature for the month was only about zero.

Consequences for livelihoods and wildlife in the region are dramatic. Normally, there would by early November be solid layer of sea-ice on the waters outside town. This year, however, there was only minor ice in the area, maps from the Arctic and Antarctic Research Institute show.

Paradoxically, the small Arctic town is today experiencing a major economic up-swing as it starts large-scale production of the mineral that has a key part of the blame for climate change. Just south of town are major reserves of high-quality coal that is now developed by company Severnaya Zvezda.