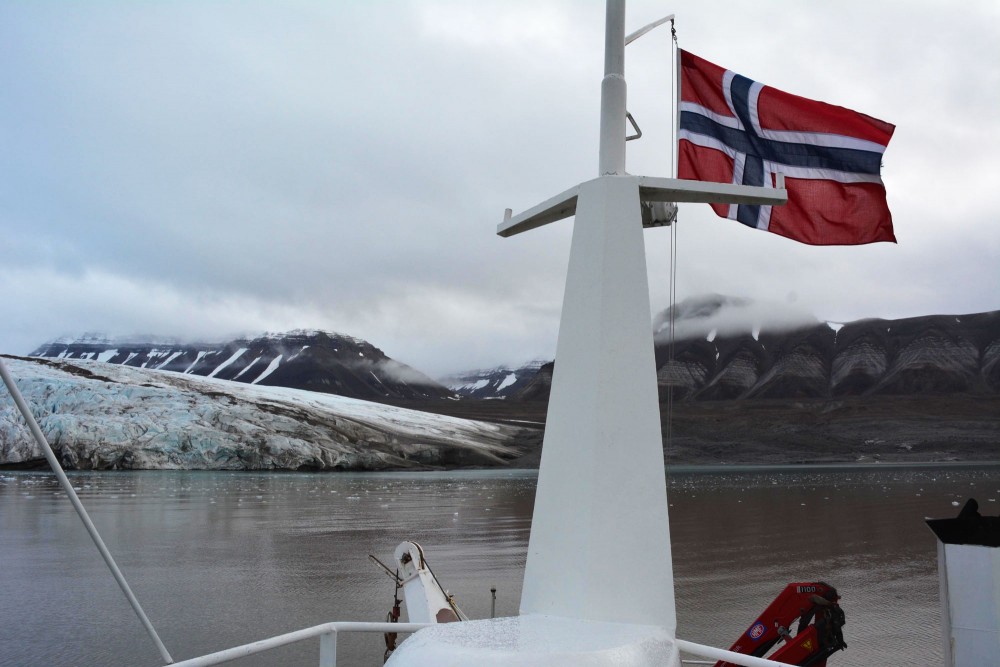 Ahead of COP27 climate talks in Egypt, Prime Minister Jonas Gahr Støre makes clear that national emissions will be cut at least 55 percent by year 2030. At the same time, the Nordic country increases its natural gas extraction to a historically high level and prepares for more oil drilling in the Arctic.
Read in Russian | Читать по-русски
By

Ahead of his departure to the UN Climate Change Conference, the Norwegian Premier announced that his country will cut emissions with a least 55 percent below 1990 levels by 2030. Previously, Norwegian authorities had promised emission cuts by “at least 50 percent and up to 55 percent” by the same year.

With the updated target, Norway follows the level of ambitions outlined in the EU Commission’s Green Deal.

The new commitment comes as researchers warn of a dramatic increase in temperatures.

According to the Copernicus Climate Change Service, the planet might reach 1.5˚C warming already between 2030 - early 2050s.

Reaching 1.5˚C of global warming might be closer than we think.
Experts suggest it is likely to happen between 2030 - early 2050s.

See where we are now and how soon we would reach the limit if the warming continued at today’s pace.

The situation is the most dramatic in the Arctic where average temperatures over the past half century has increased by up to 5˚C.

“We just had the 8th warmest years on record. The global average temperature in 2022 is about 1.15 °C above the pre-industrial level,” the World Meteorological Organisation announced last week.

A map shared by the organisation shows that temperatures in parts of the Arctic in 2022 were between 3-5 degreed higher than the average of the period 1981-2010.

In a speech, PM Støre underlined that it is essential for Norway to have focus on climate and on the country’s contributions to curb emissions.

“Climate change takes no break,” Støre underlined in the press conference delivered in front of a large photo of mountains raising from sea level to the sky.

“We can show how emission reduction targets are set for the energy sector and how we use new technology that allows us to move from emissions to zero-emissions,” Støre said.

Norway has a tremendous job to do. In the period between 1990 and 2020, the country cut only 4 percent of its emissions.

And the current oil and gas policy hardly facilitates a smooth transition towards renewable sources. Norway’s oil and gas industry today pumps more hydrocarbons up from the ground than it has done in the past two decades.

According to the country’s Minister of Oil and Energy, natural gas production in 2022 is up 11 percent compared with the same period in 2021. Much of the increase comes in the wake of Russia’s onslaught on Ukraine and its energy export cuts to the EU.

But Norway’s increase in oil and gas production started long before the war and the growth is due to continue at least until 2024. Investments in the country’s petroleum industry continues to be on an extraordinary high level, and a tax regime introduced in 2020 provides addition incentives for new field development.

Among the projects on the current agenda of oil and gas company Equinor is the Wisting field in the Barents Sea. Wisting is located as much as 300 km north of the Norwegian mainland and only about 50 km south of the Arctic sea-ice rim.

Environmental organisations strongly warn against drilling in the area, arguing that a spill could seriously harm marine life in the area.

“The risks related with a development of the Wisting oil field are far to high and it is a gamble with marine life in the Arctic Leader of Friends of the Earth Truls Gulowsen says.

The project is also seen as a “climate bomb.”

“The Wisting field is planned to produce from 2028 to 2058, that is eight years after the date set for the world to be carbon neutral.

In January 2022, Equinor initiated public hearings on its consequence study for field development.

In a statement, environmental organisation Nature and Youth demands that Norwegian legislators put a stop to field development.

“The project is not compatible with Norway’s climate targets and the need for a quicker green transition,” the environmentalists underline.