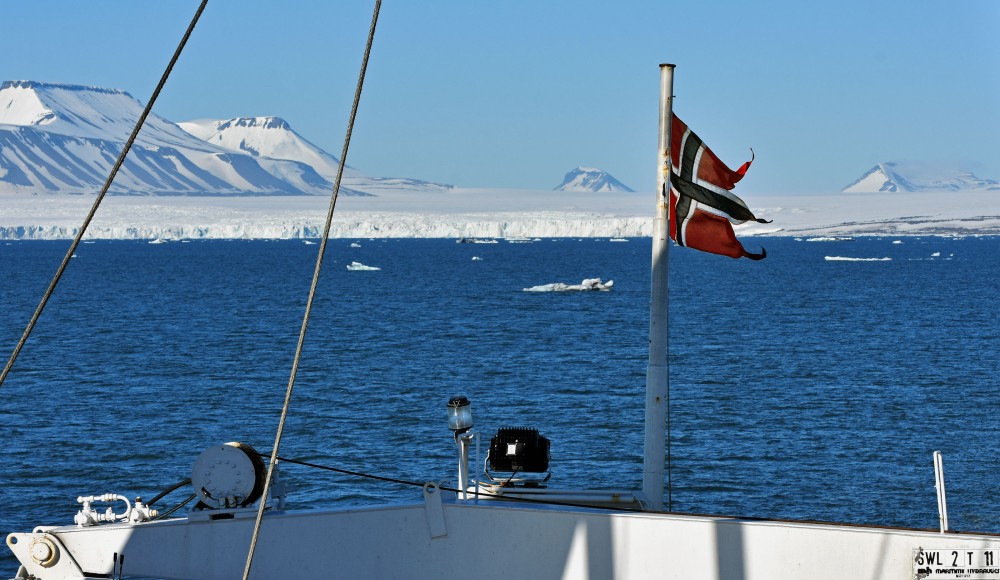 “Many observations throughout the Report Card are organized within periods of the year defined by predictable climatological or ecological conditions (e.g., the “snow season” or the “breeding season” for a particular animal species),” says the report’s executive summary.

“These periods are shifting, and in turn, altering ecological and landscape processes, and increasingly misaligning with human expectations and decision-making.”

The report card, put out annually since 2006, is a peer-reviewed publication that seeks to give a yearly overview of the changing Arctic.

This year’s edition included contributions from 147 experts from 11 countries.

A wetter, warming Arctic continued to be a trend amongst the findings.

The annual surface air temperature in the Arctic from  Oct.  2021-Sept.  2022 was the sixth warmest dating back to 1900, the report said, and these warmer temperatures continue to be a strong driver of decreasing ice thickness and extent.

“Arctic sea ice extent (coverage) was higher than many recent years, but much lower than the long-term average,” NOAA said in a news release on Tuesday.

“Multiyear ice extent, sea-ice thickness and volume rebounded after a near-record low in 2021, but was below conditions in the 1980s and 1990s, with older ice extremely rare.”

When it comes to lake ice formation, striking differences were also noticed in Canada.

“Freeze-up occurred later than the 2004-20 average for most of North America (except for western Alaska), with notably later freeze in Canada (~10-20 days later), where warmer temperatures and more snow free days were noted in the fall,” the report said.

In addition, the Arctic is also becoming wetter with scientists recording significant increases in heavy precipitation in the North Atlantic subarctic and more consecutive wet days in the Central Arctic, coupled by fewer consecutive dry days.

“Wetter-than-normal conditions predominated over much of the Arctic during the October 2021 through September 2022 water year, which was the 3rd wettest of the past 72 years,” the report said.

“A significant increase in Arctic precipitation since the mid-20th century is now detectable across seasons and datasets.”

The state of Greenland’s ice sheet is closely followed because of the impacts on sea level rise that its melting contributes to.

From September 2021 to August 2022 its total mass change was equivalent to ~0.4 mm of sea level rise representing the 25th consecutive year of ice loss, the report said.

Cold temperatures delayed the ice sheet’s 2022 summer ice loss, but it still underwent what the report describes as “unprecedented late-season melt events” elsewhere in the year.

“During September 2022, the Greenland Ice Sheet experienced unprecedented late-season melt events, including surface melt conditions across 36% of the ice sheet surface on 3 September, including at Summit Station (3216 m above sea level in the ice sheet interior),” the report said.

The decrease in sea ice is leading to increased shipping in many areas of the Arctic, something that will have its own impacts on northern environments and ecosystems, the report’s authors said.

Using satellite-based records looking at maritime transport between Sept 2009 to Dec 2018, researchers found that maritime ship traffic increased in the waters of all coastal Arctic nations.

“The increasing number of ships over time in all national and international maritime jurisdictions north of the Arctic Circle raises diverse questions about relative ship-traffic changes and characteristics within as well as between regions seasonally and interannually in view of socioeconomic impacts and the dynamics of natural systems,” the report said.

The environmental changes the Arctic is undergoing have implications for the global community, but are already affecting Arctic residents firsthand, the report said.

Arctic Indigenous peoples who still rely on the land for food, culture and transportation are already being forced to adapt to the changes in their environment, altering harvesting patterns and forcing hunters to travel longer and further for food.

“Living and innovating in Arctic environments over millennia, Indigenous peoples have evolved holistic knowledge that provides resilience and sustainability,” said Jackie Qatalina Schaeffer, a co-author of the report’s chapter “Consequences of Rapid Environmental Arctic Change for People,” director of Climate Initiatives for the Alaska Native Tribal Health Consortium and an Inupiaq from Kotzebue, Alaska.

“Addressing the unprecedented environmental change requires listening to one another, aligning values and collaborating together as communities, businesses, governments, Indigenous and non-Indigenous scientists and decision-makers.”

Extreme rain over Svalbard is caused by less sea-ice