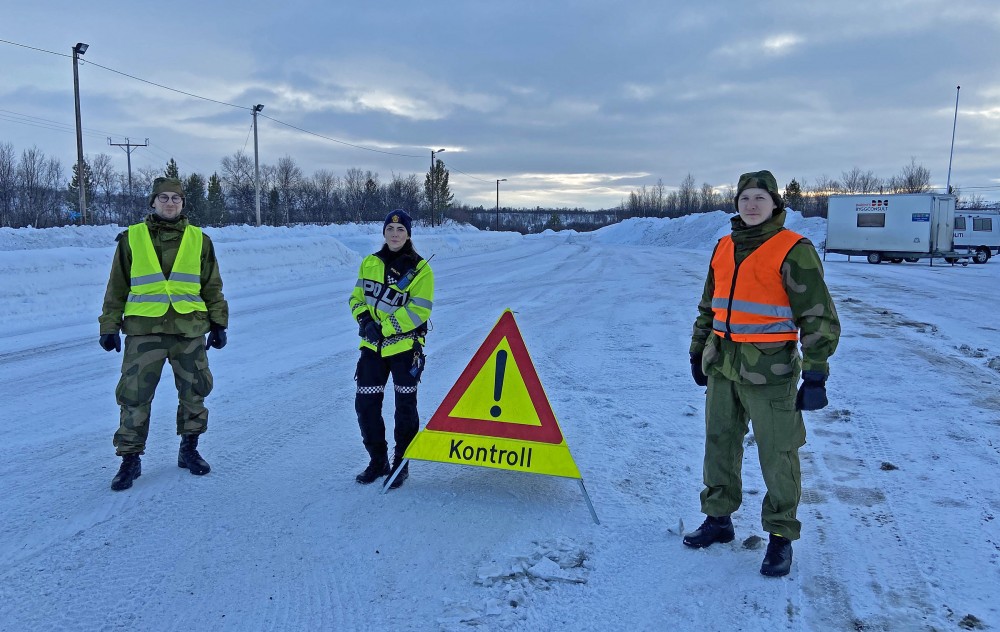 The border here at Neiden is now closed for traffic. Photo: Thomas Nilsen

Full closure at the border in Neiden and limited opening hours at Tana, Karasjok and Kautokeino as Norway introduces obligatory COVID-19 tests for all incoming travelers.
Read in Russian | Читать по-русски
By

From Monday, January 18th at 5:00 PM, everyone entering Norway must do the test at the border crossing point. For Finnmark region in the north, limited health capacity to carry out testings at the remote cross-border roads makes it necessary to close some of the roads, the Ministry of Justice informs.

Neiden, the northeasternmost road crossing between Norway and Finland, will be closed around the clock, a move that forces truck-drivers and commuters between Kirkenes and Inari to drive a 136 kilometers longer detour via Tana.

“We want to strengthen control at the border, and are therefore closing another six border crossings, says Minister of Justice and Public Security, Monica Mælandt. Additional to Neiden, the five other crossings are remote roads between Norway and Sweden in the south and airports with few international arrivals like Narvik Evenes airport.

COVID-19 testing will be made available at Norway’s cross-border roads with Finland at Tana (Polmak/Nourgam), Karasjok (Karigasniemi) and Kautokeino (Kivilompolo). The road at Utsjok is already closed for traffic, while the border crossing at Kilpisjärvi has a testing station available.

Karasjok, Tana and Kautokeino are open for border crossings from 8 am to 8 pm Norwegian time.

Three of the cross-border roads between Norway and Sweden in the north are open; Bjørnfjell, Umbukta and Junerdalen.

Norway now has one of the strictest regimes for entry and testings in Europe.