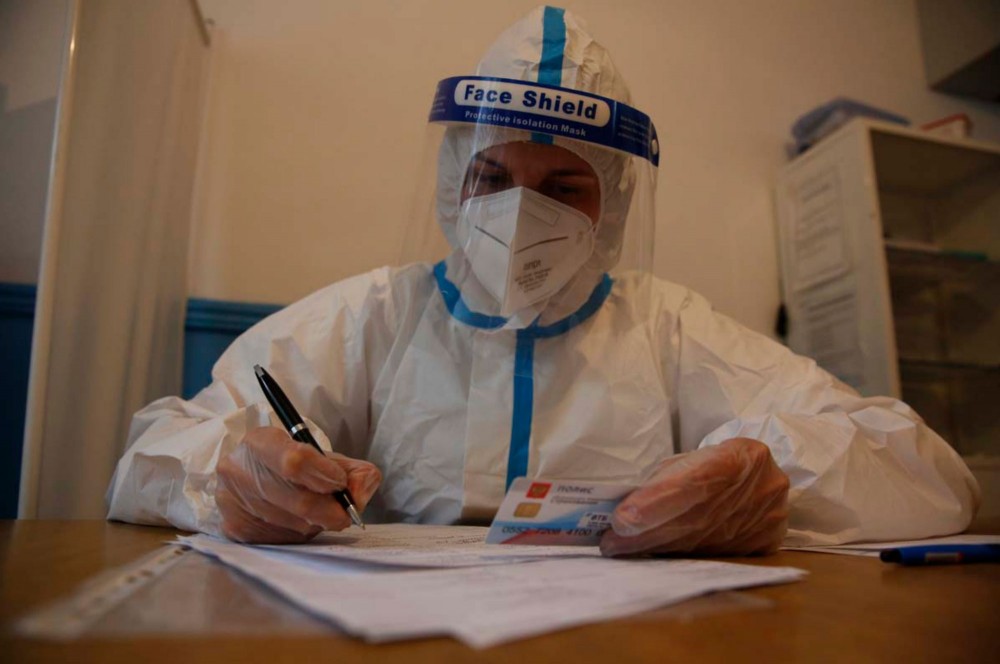 The virus is putting the healthcare system on its knees. A massive number of students are now sent out to aid.
Read in Russian | Читать по-русски
By

“I would like to draw attention to the fact that the situation with the new coronavirus infections continues to be strained,” Russian Health Minister Mikhail Murashko said diplomatically in this week’s meeting with Prime Minister Mikhail Mishustin.

According to the federal healthcare chief, several regions are now running out of available hospital bed.

“The whole healthcare system is in a state of mobilization,” he underlined. About 270,000 additional hospital beds are now being prepared for new patients.

But medical staff is increasingly in shortage. According to Murashko, students of medicine are now sent in great numbers to the crisis-ridden healthcare institutions. About 25,000 students have already been hired. In addition comes 16,000 young medics from internship programs, 8,000 teachers of medicine and 12,500 people with other medical competences.

The number of new COVID cases on 13th November reached almost 22 thousand, the highest daily number in the country ever.

Among the regions worst affected is Arkhangelsk Oblast. Over the last week, the daily number of new cases in the region has exceeded 300 and a total of 25.254 locals are now registered as carriers of the virus.

The north Russian region is on the federal Health Ministry’s worst-case list. According to Minister Murashko, Arkhangelsk and another nine regions have failed to take administrative measures against the virus and now consequently experience a hike in new virus cases.

Also in Arkhangelsk, a significant number of medical students are now assisting in the hospitals. Headmaster at the Northern State Medical University Lyubov Gorbatova confirms to 29.ru that 150 of her students are working as volunteers and 300 staff from internship programs have been hired.

Of the 345 new cases announced on the 13th November, 137 are from the City of Arkhangelsk, 46 from Novodvinsk, 38 from Severodvinsk and 27 from Kotlas.