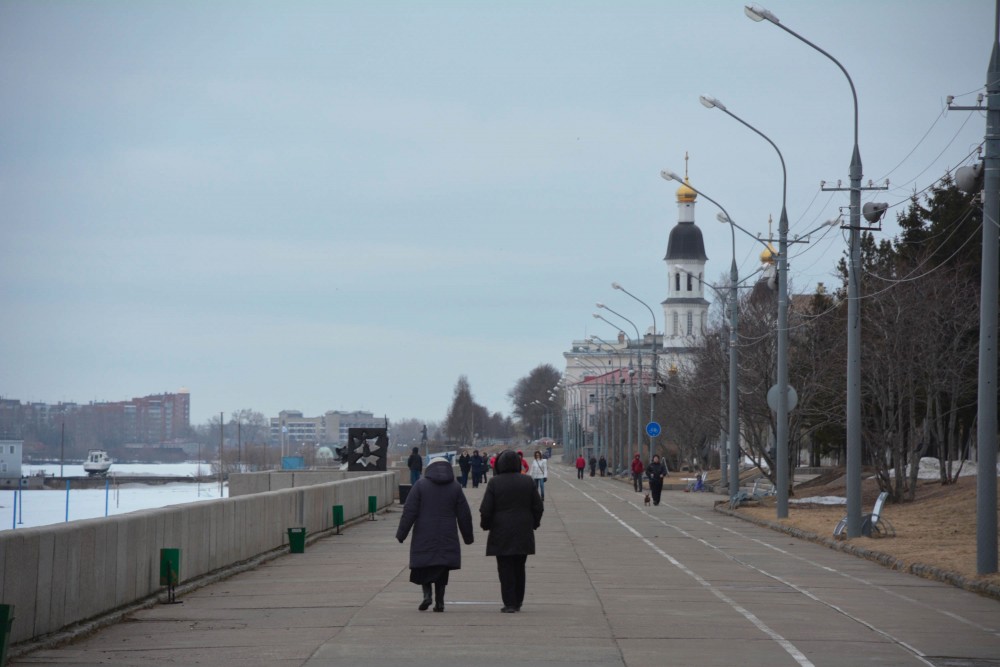 The city of Arkhangelsk is experiencing a big increase in COVID cases. Photo: Atle Staalesen

The northern regions of Arkhangelsk and Karelia are growth centers in Russia's new virus wave.
Read in Russian | Читать по-русски

The Republic of Karelia and Arkhangelsk Oblast in the second week of December both daily had more than 400 new recorded cases. The former had a relatively low number of cases in spring, but has in the course of fall seen an explosive increase in infection.

In Karelia, there is now a daily 3 percent increase in new cases, and that puts the region among the top three in the country in virus spreading, federal statistics show. On the 11th December, a total of 427 new cases were registered, the highest in the republic ever. A total of 20,068 individuals are now officially registered as carriers of the virus.

Regional authorities have now decided to send 1-3 grade kids home from school in an extended Christmas vacation and 4-10th graders from before have home-school.

The Republic of Karelia has about 615 thousand inhabitants. It borders on Finland, the Nordic country that so far has had only minor spread of the virus.

Karelia is still among the regions with the lowest death figures. A total of 123 inhabitants have officially lost their lives because of COVID-19.

Also Arkhangelsk Oblast and its 1,35 million people is now deeply troubled by the COVID-19.

On the 11th December, another 407 new cases were registered bringing the total number to 35,591. It is the regional capital of Arkhangelsk that has most of the cases, followed by naval shipbuilding city of Severodvinsk.

Almost 2,800 new cases have been registered over the last week. Official death figures have reached 375.

Regional Governor of Aleksandr Tsybulsky early this week announced that he is banning all mass gather of people, including Christmas and New Year parties. At the same time, Christmas shows and entertainment in cultural schools and theaters will be allowed under conditions that protective measures are taken.

The virus situation is serious also in several more northern regions. In Murmansk Oblast, the total number of cases on the 11th December reached 30.571. The number of daily new cases over the first two weeks of December exceeded 250.