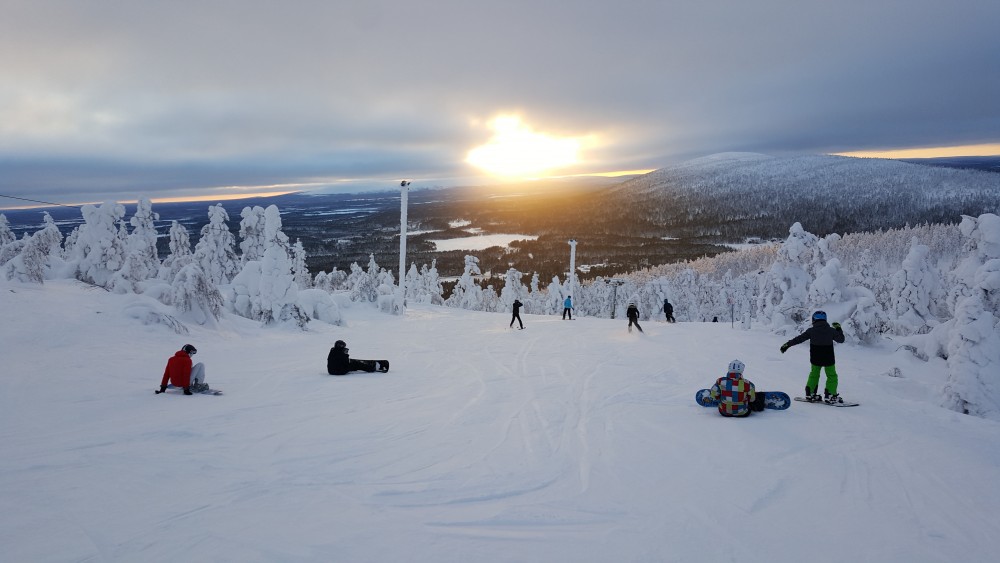 There were as many–or even more–people travelling domestically this week compared to the same period last year, data reveals.
Read in Russian | Читать по-русски
By

Finland’s deteriorating coronavirus situation does not appear to have affected the travel plans of winter holidaymakers.

According to mobile phone and traffic data, there were as many–or even more–people travelling domestically this week compared to the same period last year.

Automatic measuring points on roads leading to the most popular ski resorts in Lapland registered a clearly increased number of vehicles in the weekend before the ski holiday week began.

According to data collected by the Lapland ELY Centre, a total of 11,500 vehicles were registered on Saturday by three measuring points: between Kemi and Rovaniemi on highway 4, on highway 79 leading to Kittilä and on highway 21 travelling in the direction of Ylläs.

The measuring points of the Fintraffic centre in Uusimaa tell a similar story. Friday’s traffic volume across the province was 3.4 million, up by 600,000 vehicles from the same period last year.

Concerns about the spread of coronavirus are further compounded by the risks associated with more contagious variants of the virus, which Helsingin Sanomat reported on Tuesday now account for three quarters of new cases in the capital region.

However, the recommendations did not lead to many people cancelling their reservations for holiday cottages or hotel rooms for the ski holiday week.

Based on statistics compiled from mobile network data provided by Telia to Yle, there were approximately the same number of winter holidaymakers in Lapland this year as last year.

However, Telia specialist Tiia Palimo said that comparing the statistics with last year is not quite straightforward, because foreign tourists are completely absent from Lapland this year.

“According to our statistics, the number of Finnish tourists in Lapland is at least as high this year as it was last year. This is best determined by comparing the population numbers and taking into account the impact of foreign tourists on them,” Palimo said.

The statistics derived from Telia’s mobile network data are generated from anonymised and grouped data, and therefore cannot be used to identify individuals or groups.