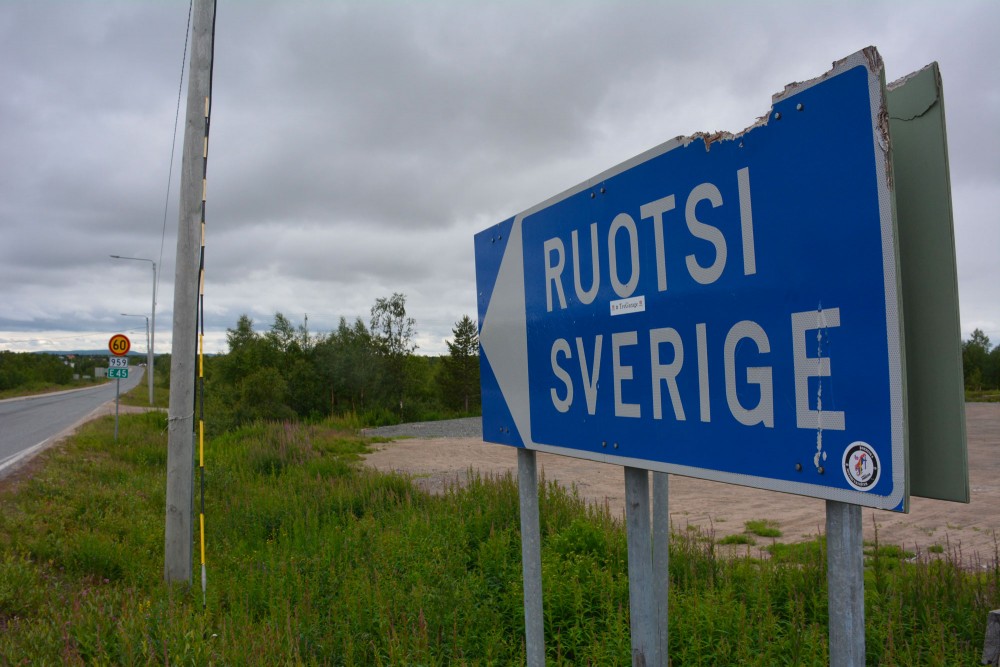 On the northern border between Sweden and Finland. Photo: Atle Staalesen

Northern Sweden has suffered great losses in the pandemic, but by early May almost 40 percent of its population was vaccinated.
Read in Russian | Читать по-русски
By

Data from the Swedish Public Health Agency show that the northernmost region of Norrbotten by the 6th May had 39,5 percent of its population vaccinated with a first dose. In the neighboring region of Västerbotten the figure is 35,7 percent and several other Swedish regions have more than 40 percent.

The number of people vaccinated with both doses in the two northern regions amount to respectively 8,9 percent and 10,5 percent.

The speedy vaccination comes after great losses. According to the Public Health Agency, more than 430 people have so far been killed by COVID-19 in Norrbotten and Västerbotten. That is significantly more than neighboring north Finnish and Norwegian regions.

Several north Swedish towns in 2020 had uncontrolled virus outbreaks. As late as April 2021, as many as 181 new cases were registered in a day in Norrbotten, 88 of them in the mining town of Gällivare. More than 42,000 cases of infection have been registered since the start of the pandemic.

The rapid pace of vaccination might now finally help put an end to the troubles.

Northern Sweden is now ahead of both Finland and Norway, as well as Russia, in vaccination.

In the northernmost Finnish region of Lapland, a total of 31,3 percent of the population had by May 6th got a first dose, and 6,8 percent - both doses, data from the Finnish Institute of Health and Welfare show.

And in the northernmost Norwegian region of Troms and Finnmark, the vaccination rate was by the same day 25,9 percent with one dose, and 7,3 percent with both doses, the country’s Public Health Institute informs.

Meanwhile, despite the Kremlin’s major promotion of its Sputnik-V, north Russian regions are lagging behind their Nordic neighbors. In Murmansk, a total of 8,8 percent of the population has got a first dose, while 6,7 percent have got both doses. The figures are even less for the region of Arkhangelsk where 7,7 percent have got one dose and only 3,8 percent - two doses.

For Russia as a whole, a total of 8,8 percent of the population had by the 6th of May got one shot and 6,65 percent - two shots, data from gogov.ru show.