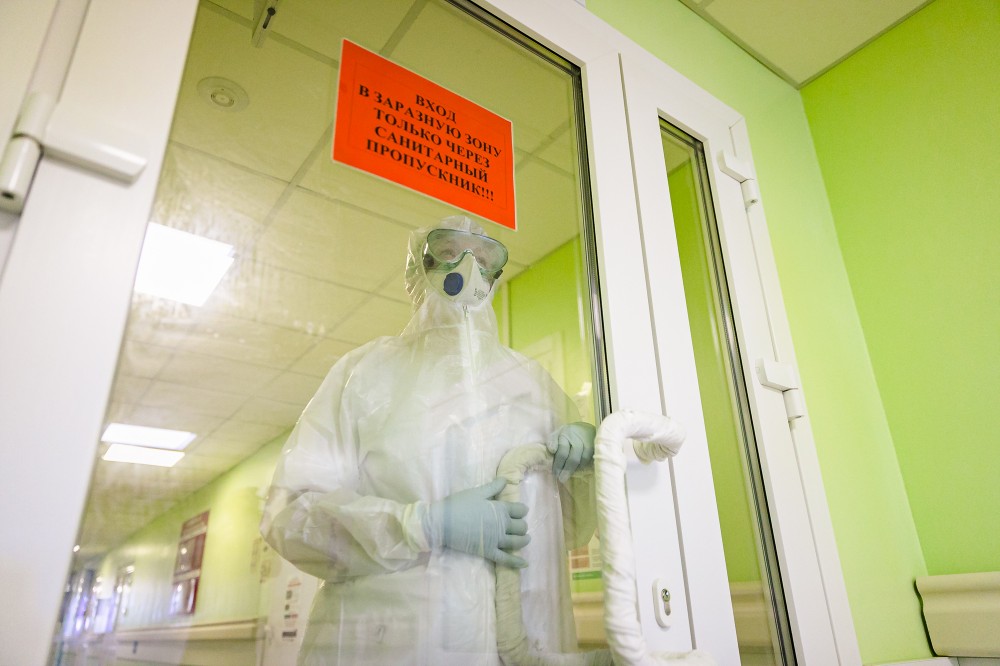 About 260 new cases with COVID-19 are detected daily over the last week in Murmansk region, three times more than in mid-June.
Read in Russian | Читать по-русски
By

On Wednesday, regional health authorities in the northern Russian region reported 263 new cases, a number that has been stable high over the last few weeks. Murmansk battles the surging Delta variant, like most other regions in the country.

In the third week of June, the number of daily new cases in the Murmansk region varied between 60 and 90.

The official number of death caused by the virus is now 1,476 in the Murmansk region which has 56,860 accumulated infections since the outbreak started one and a half years ago. There are some 700,000 people living on the Kola Peninsula which borders Finland and Norway to the west.

Russian health authorities on July 21 reported 783 deaths with the last two weeks being the most lethal in the country during the pandemic. 150,705 deaths are registered in the official COVID-19 statistics, while The Moscow Times reports about Russia’s excess fatality count since the start now being around 483,000.

The country’s caseload, the world’s fourth-highest, has now surpassed 6 million.

Murmansk officials continue to require people to mandatory wear masks in public transport, when visiting shops, or entering public premises. People are asked to maintain social distances from each other of at least 1,5 meters in public places.

Half of the new cases on the Kola Peninsula are in the city of Murmansk, but also navy towns along the coast to the Barents Sea and industrial cities in the region have many new infections daily.

Last weekend, a vaccination station was opened at the Ice Palace in Murmansk, replacing the vaccination posts now being closed at several of the shopping malls in the city.

There are currently 1,504 people hospitalized with COVID-19 in the region. The Governor’s office on Wednesday informed that the region’s largest industrial enterprise, the Nornickel’s branch Kola GMK had donated 31 lung ventilators medical institutions subordinate to the Ministry of Health of the Murmansk region, in Monchegorsk, Severomorsk and Kola.