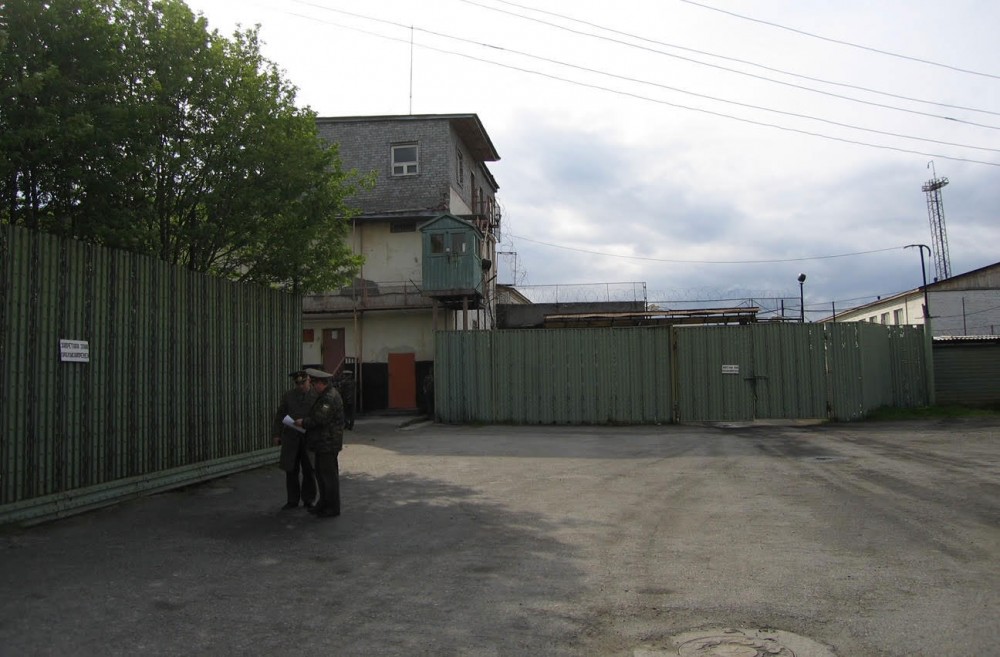 What is happening in the prison colonies near Murmansk.
By

The relatives of the inmates of maximum security colony No. 23 in Revda, a town in the Murmansk region, report that there is a genuine outbreak of coronavirus in the institution. They are concerned because according to the convicts, not all people with symptoms of the disease are quarantined, tested or receive medical care. Officials deny the alleged outbreak but the inmates say it is true. The mother of one of the inmates, Ludmila (full details are at the disposal of the editors), has this to say:

“Prisoners with a positive test are kept separate from the rest but all others are free to move around. However, there are quite a few who have fevers, a cough or runny noses and there are no medications. There is also no continuous testing and segregating prisoners is only by symptoms. Also everyone eats in the same canteen and there is not even a bar of soap on the sink to wash their hands. As a mother, of course, I am very worried about the life and health of my son. He has a lot of chronic diseases, and coronavirus would be deadly for him. And it seems the majority of the people in the colony are just like my son.”

Andrei X, is a prisoner is colony 23.

In IK-23, almost everyone is ill in one form or another. The places that create the most severe problems are the medical units, the overcrowded gym, the classrooms or for those who get transported to the regional prison hospital at IK-18 in Murmashi.”

He says that the first symptoms appeared at the end of June. The gym has since been converted into an isolation ward and this was already the case in April last year during the previous outbreak. That was the first time Russia officially confirmed that covid infection had swept through a prison.

The authorities then assured everyone that the prisoners were not showing any symptoms and all was in exemplary order in the institution. The doctors had everything under their control and proper sanitation was being practiced. The prisoners denied this and told stories about constant panic and having “no medical care whatsoever.”

The picture is still the same. At the request of Novaya Gazeta, the acting head of the regional office of the Federal Penitentiary Service, Aleksey Knyazkin, confirms that the outbreak exists but adds the following:

“The institution carries out its duties and conducts the full range of sanitary and anti-epidemic measures every day.  There are daily laboratory examinations of all contact personnel and convicts, the premises are treated with virucidal disinfectants, all closed areas have adequate ventilation, the air is disinfected with bactericidal lamps, all persons showing clinical signs of COVID-19 respiratory diseases are sent to the laboratory for examination and all work is adherent to the recommendations of the Federal Medical and Biological Agency at Clinical Hospital No. 51 in Moscow. In the colony, Medical workers are on duty around the clock, there is an adequate supply of medicines and all institution personnel are  provided with personal protective equipment and disinfectants.”

“One lokalka, the fenced in areas where prisoners can move around, is isolated but we are kept together everywhere else. They don’t give out masks and everyone is in complete denial of the disease.”

We are acting in the interests of the source’s safety by keeping his name confidential and we are doing so in accordance with Article 41 of the Federal Law “On Mass Media”.

The Federal Penitentiary Service has no statistics about how many people have fallen ill in the colony but they say that in all, 7 convicts with coronavirus were identified as mildly symptomatic as of July 5. In the penitentiary system of the Murmansk region, this would include all 6 colonies, 2 pre-trial detention centers and a correctional center.

According to the allegations of the prisoners however, there were 15 infected  in the gymnasium of the Revda colony alone that day, 28 in the medical unit, 7 were in the school building which was being used as an isolation ward and 7 more “heavy” ones were taken to the prison hospital in Murmashi.

This is not the first time we have written about prison medicine in the Murmansk region. Prisoners have already told us about the lack of drugs, the low level of qualifications for the staff, the shortage of medical personnel generally, refusals to send them to civilian medical institutions for doctor recommended medical examinations and that medical care often turns out to be for pay. This when the inmate’s relatives are forced to pay for examinations and medications, a practice contrary to federal government decree which states that all medical care and expenses, including high-tech medical care at a civil hospital, must be paid for by the Federal Penitentiary Service, the sixth largest budget in Russia.

Against the backdrop of the constant complaints about health care, the significant number of convicts with chronic diseases, having many people in confined spaces and after several official recorded outbreaks of covid, a large-scale vaccination program for the prisons would be expected. So, on June 24, the Federal Penitentiary Service of Russia genuinely reported that 44.57% of suspected, accused and convicted criminals in Russia, 129 thousand people in all, had been vaccinated against coronavirus. This number does not hold up against the report from February from Alexander Kalashnikov, head of the Federal Penitentiary Service, who said that there were almost 483,000 prisoners in Russia. In order to achieve 45 percent vaccination, more than 217 thousand would have had to be vaccinated.

We were interested in how many prisoners were vaccinated in the Murmansk region but the regional FPS replied that they also had not yet received an answer to this question. Instead of specific figures, their rather evasive answer was that “Vaccinations against the new coronavirus infection are being carried out both among the personnel and persons held in the institutions of the penal system.” The prisoners from Revda however say that vaccinations were promised in May but have never been made available. Perhaps the prison department has something to refute these words but they refuse to give any real numbers. And just as the real total number covid cases in the correctional institutions of the Kola Peninsula remains unknown, this question in Murmansk also remains unanswered.