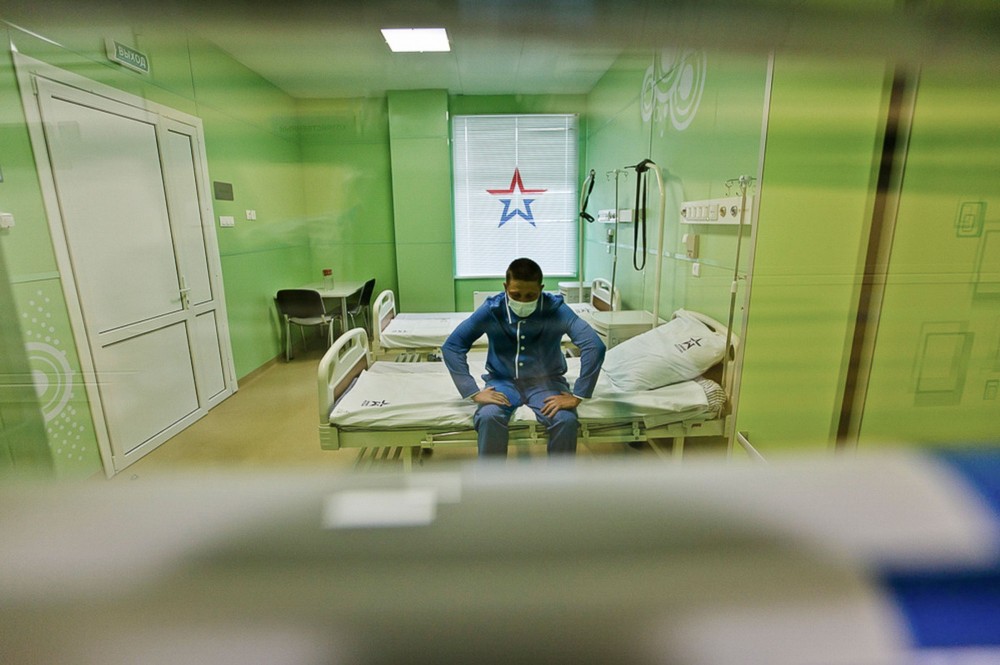 Department for treatment of coronavirus. Photo: Russian Ministry of Defense

30 tons of liquid oxygen is urgently delivered from military aviation bases to hospitals in the Arkhangelsk region and the Komi Republic for treatment of seriously ill COVID-19 patients.
Read in Russian | Читать по-русски
By

The two regions in northwest Russia got 15 tons of liquid oxygen each, the press service of the Northern Fleet informs.

Liquid oxygen is normally used to support military aircraft, but by converting it into low-pressure oxygen gas it can be transported in cylinders to the medical institutions in desperate need as the number of patients across Russia continues to increase.

The Northern Fleet assures that it still has enough oxygen reserves to fully meet its own needs, both for aviation pilots and the military’s own medical institutions. The decision to supply civilian health institutions with the life-saving gas was taken by the Ministry of Defense and will be carried out regularly as the pandemic continues to hit Russia harder than most countries.

Despite a week-long lockdown, Russia on Saturday reported a record-high number of daily coronavirus cases of 41,335. Never before during the pandemic has the number increased so much over a 24 hours period. On Sunday, the number increased by 39,165, the collected official figures show.

November 7 also added 1,179 death to the brutal statistics, bringing the official coronavirus fatalities in Russia up to 245,635.

Authorities, however, have been accused of playing down the number of deaths. The total excess fatality count since January 2020 is at least 723,000, according to the Moscow Times.

In the northern regions, Murmansk still is below average with a 36,3 percent vaccination rate. In Karelia, the number is 38.4 percent. The Komi Republic has 37,4 percent and the Arkhangelsk region has a vaccination rate of 37,8 percent.

Over the last two weeks, the 4th wave of coronavirus cases has again hit Murmansk hard. On Sunday, 259 new cases were reported, bringing the total number of infected people since the start of the pandemic up to 80,824. More than half of the new infections on the Kola Peninsula are reported from the city of Murmansk, but also towns like Monchegorsk, Kandalaksha, and Olenegorsk reported between 20 and 30 new cases over the last 24 hours.

16 new cases are reported from Severomorsk, the military town serving the headquarters of the Northern Fleet. The other closed military towns reported fewnnew infections over the last couple of days, the regional overview shows.

So far, the Murmansk region has 2,383 deaths caused by the coronavirus.

Almost 90% of the country's population is vaccinated, but number of new COVID-cases still rockets