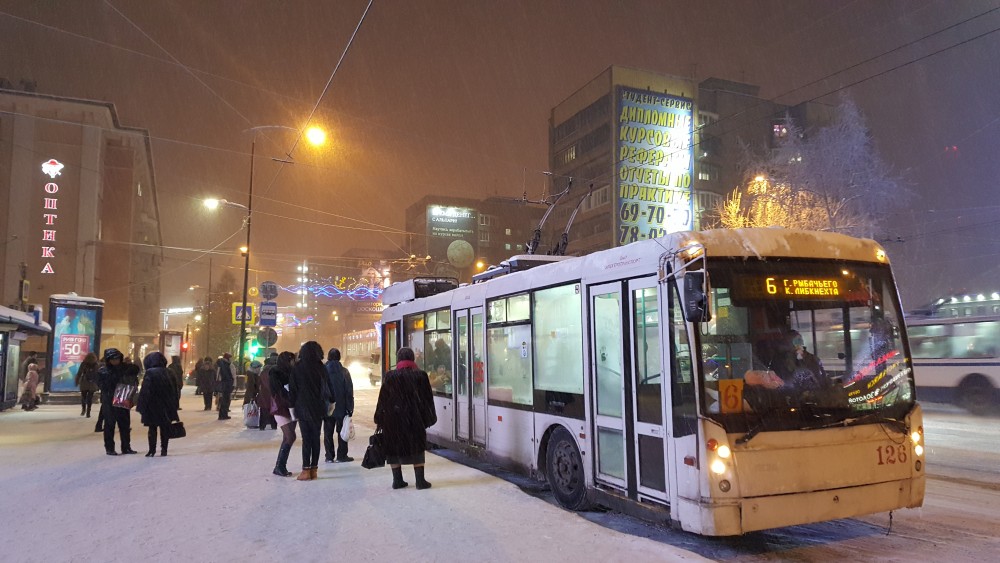 The two neighboring regions in the north take opposite directions on how to handle the record spike in new virus cases.
Read in Russian | Читать по-русски
By

“The situation leaves us no choice,” Murmansk governor Andrei Chibis said as the region in northwest Russia on Monday saw 770 new cases. The week-to-week increase is 171%.

“Last week we were still observing the situation and hoped that there would be no need to impose restrictions,” Chibis said as he introduced a set of new measures coming into force from February 1.

Any public event, including outdoors, is prohibited. Fitness centers, swimming pools and libraries have to reduce maximum occupancy by 50%, while cafes and restaurants remain at 70% but have to close at 23.00. All sports competitions not included in the Ministry of Sports’s event calendar are suspended.

Also, half of all state and municipal employees have to work from home, according to the restrictive measures posted on the regional government’s site.

Almost 100,000 of the Murmansk region’s about 720,000 inhabitants have so far during the pandemic contracted the virus. 832 people are currently hospitalized with COVID-19 and 5,247 are on self-isolation.

The official figure of death caused by the virus is now 2,914.

Russia’s excess fatalities reached 995,000 by the end of 2021, according to The Moscow Times’ analysis of official statistics. According to Rosstat statistics service, Russia last year saw its largest natural population decline since the end of the Soviet Union with a fall of more than one million.

52% of the population is fully vaccinated, placing the county third lowest in Europe, according to Statista.

Across the border from Murmansk region, Norway sees a similar spike in new cases with 14,040 last day, up 50% week-to-week.

With 74% of the population fully vaccinated, the country choses a different path in regards to restrictions than the Murmansk region. Restrictions were partly lifted earlier in January, including an end to mandatory entry quarantine, reopening of alcohol sales in bars and restaurants and social distancing requirements in schools and public events.

Tromsø, the largest city in northern Norway on Monday reported 467 new cases and currently 2,197 people being quarantined with the virus. The last week has seen all-time high numbers for the pandemic, the municipal authorities inform.

Also other towns in the country’s northern regions, like Alta and Kirkenes, experience the highest number ever reported in so far in the pandemic, caused by the recent spread of Omicron around Europe.

The Norwegian government has called for a press conference on Tuesday, where it is expected that further lifting of restrictions will be announced.

Amid record Covid-19 cases in both countries, Norway ends mandatory entry quarantine for travelers from Russia

Russian investigators find a vaccine swindler near border to Norway