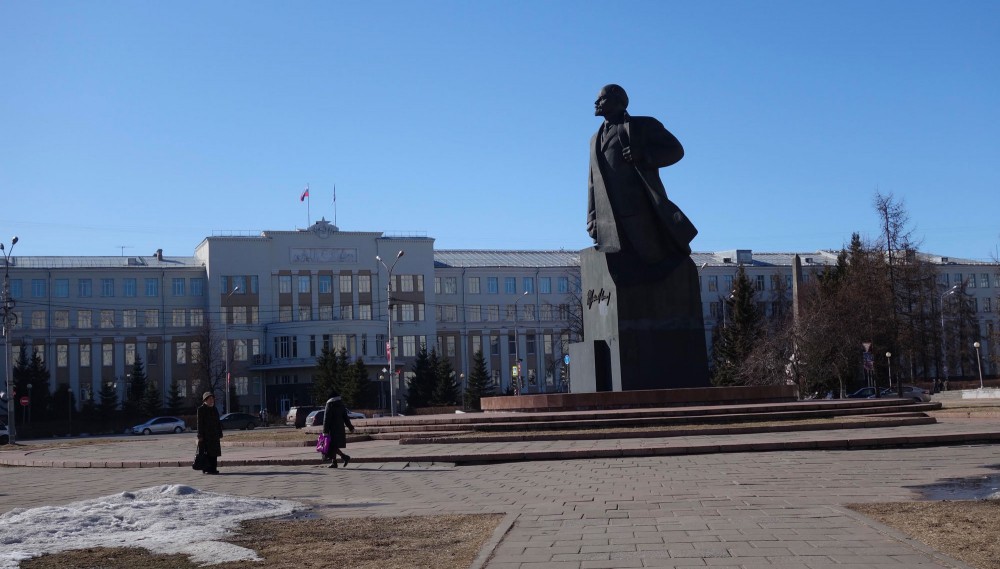 The Oktyabrsky District Court of Arkhangelsk has fined activist Yury Chesnokov 25 thousand rubles (€278).  He was found guilty under Part 2 of Art. 20.2 of the Administrative Code of the Russian Federation (organization of a public event without notice). He was counted by the court as an organizer of a political demonstration. He is said to have organized a group of people to demonstrate publicly in a show of solidarity with the Republic of Belarus. This demonstration took place on Lenin Square on August 15.

At this demonstration, a group of people who live in Arkhangelsk lined up in a chain of solidarity. When the police arrived to check the legality of the public political demonstration, the participants assured them, as they did later as well, that the demonstration had started spontaneously. It is quite normal for residents of the city to spend some of their free time on weekends in the square. People enjoy feeding the pigeons. They also were expressing support for the Khabarovsk residents in Eastern Russia who have been protesting for 2 months over the arrest of former governor Sergei Furgal. There are practically never any organizers for these actions.

This was not the first time they have tried to convict Chesnokov. He was also detained on September 17 and charged under the more serious part 8 of Article 20.2, also known as the “Dadinskaya” law, the grandfather law, for repeat offenders of the picketing rule. However, Chesnokov was released at that time because the court found errors in the protocol and would not consider the case. In answer, Chesnokov was detained this time on the less serious part of the administrative article. It was easier for the police to begin again than to try and correct their errors. And of course,  Chesnokov was again on the square feeding pigeons.

Chesnokov was  taken to court and found guilty. Both protocols were drawn up by Major Alexey Ogorelkov, the author of most of the administrative cases against participants in environmental protests. Ogorelkov has been the “star” of the Arkhangelsk police in recent years. He is well known for being the main presence in public rallies in the capital of Pomorie and is very good at drawing protocols for administrative offenses for activists and always shows up to speak in court sessions. Because of his zeal, he is prominent on social networks and admired or cursed by the residents of the region. Ogorelkov also acted as a witness for the prosecution in the criminal case of Andrei Borovikov, the local head of Navalny’s headquarters. Borovikov was convicted of organizing and conducting the largest “unauthorized” protest against the Ecotechnopark in Shies, which took place on April 7, 2019. That protest, an ongoing war for the people of the region against a massive garbage dump constructed there as a final resting place for Moscow’s garbage, united, according to various estimates, from between three and ten thousand people.

Major Ogorelkov is also known for the fact that two years ago, he drew up a protocol on a journalist covering a protest procession. The court however also rejected that protocol because apparently, the journalist “did not interview anyone” at the time of his meeting with the major.