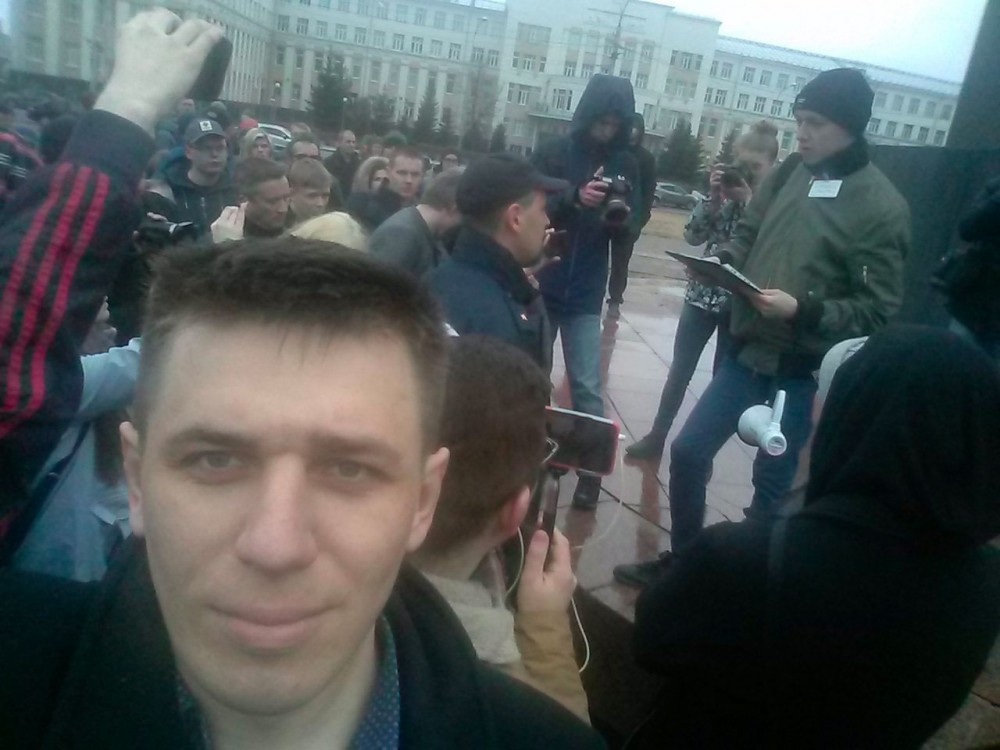 Activist and local Navalny office leader Andrey Borovikov in 2014 posted a music video of the German metal group on his social media account. Now, he is charged for having shared "pornographic materials."
Read in Russian | Читать по-русски
By

It was a carefully staged plot by police in Arkhangelsk that led to a house search in September and subsequent charges against Andrey Borovikov.

Several months earlier had police informer Aleksandr Durynin infiltrated the local opposition office. In fall 2019 he discovered that Borovikov in 2014 had shared a music video of Rammstein’s song “Pussy” on his VK account.

Later that same fall, he was equipped with a voice recorder from the local police’s anti-extremism department, with which he taped a conversation with Borovikov.

According to Novaya Gazeta, Borovikov in the conversation said that he was not aware of the six year old social media post and he subsequently deleted it.

That, however, was not sufficient to save him from the encroachment of the eager law enforcement officials. The activist is now charged with violation of Article 242 in the Russian criminal code (distribution, public display or announcement of pornographic materials with use of mass media).

Waiting to stand trial, he is now subjected to a travel ban, according to Novaya Gazeta.

It is not the first time that Andrey Borovikov is victim to police crackdown.

From before, he is convicted for organizing and conducting a major protest rally against the planned waste disposal project in Shies.

Police has also previously made house searches at his home in Arkhangelsk.