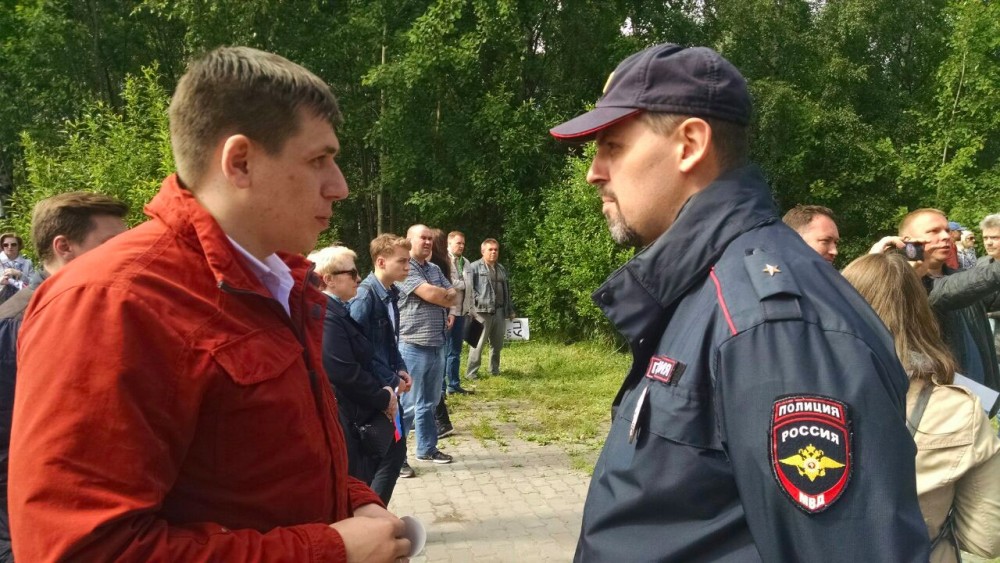 Andrey Borovikov is regional coordinator of the Navalny office in Arkhangelsk. Photo: Borovikov at VK

Local coordinator Andrey Borovikov got his apartment searched and was then taken to the station.
Read in Russian | Читать по-русски
By

It has become routine for a great number of the local coordinators working for anti-corruption fighter Aleksey Navalny.

On Tuesday, the turn had again come to regional coordinator in Arkhangelsk. In the morning of 29th September, policemen violently knocked on the door of Andrey Borovikov and demanded that they were let into his apartment.

The incident was filmed by Borovikov himself and shared on the social media accounts of the Arkhangelsk regional office.

The police officers ultimately conducted a house search and took with them two computers and mobile telephones. Borovikov was taken to the police station for interrogations, whereupon he was given a travel ban.

According to the regional Navalny office, the local coordinator is formally charged with having violated Article 242 in the Russian criminal code (distribution, public display or announcement of pornographic materials with use of mass media).

According to Borovikov, the charges are based on a video that he shared on his VK social media account in 2014. It reportedly displays a video of the group Rammstein performing a song of Pussy Riot.

“I don’t have this clip any longer and do not even remember when it was,” Borovikov told Mbk-news.

Opposition politician Aleksey Navalny has regional offices in a big number of Russian regions. They are under growing  pressure from the authorities. Recently, regional coordinator in Murmansk Violetta Grudina was taken to the police station after she made a single-person picket in support of Aleksey Navalny.

The street protest was made in connection with recent poisoning of Navalny in Siberia.