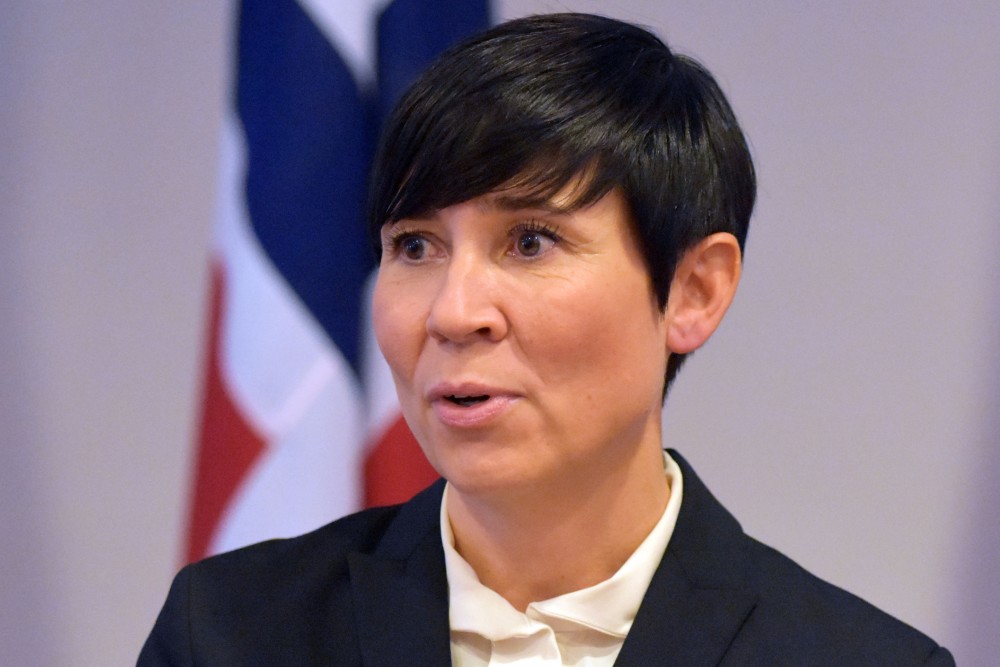 The European Union on Wednesday agreed to sanction six individuals in Russia and one organization over the poisoning of Kremlin critic Alexei Navalny. All six are members of Putin's inner circle.
Read in Russian | Читать по-русски
By

“We have politically supported the EU sanctions regime for use of chemical weapons. We also support the new listing from the EU,” says Norway’s Foreign Minister Ine Eriksen Søreide to The Barents Observer.

It was on Wednesday senior EU diplomats approved the list which is compiled by France and Germany.

EU sanction regime for chemical weapons is decided by the Council and allows the EU to impose restrictive measures on persons and entities involved in the development and use of chemical weapons. Such sanctions are from before valid for nine persons in the Syrian regime and four people involved in the Salisbury attack on Sergei and Yulia Skripal.

Alexei Navalny was poisoned by the same military chemical nerve agent of the Novichok group as the Skripals.

“Norway has condemned the attack on Alexei Navalny. Analyzes by the Organisation for the Prohibition of Chemical Weapons (OPCW) and independent tests in Germany, Sweden and France have confirmed that Navalny was poisoned with the military nerve agent Novichok,” says Eriksen Søreide.

She adds: “This is in violation of the Chemical Weapons Convention.”

Norway is not a member state of the European Union but is associated with the Union through its membership of the European Economic Area (EEA). Norway is also a Schengen-member, allowing for the free movement of people between the participating countries.

The six high-ranking officials now sanctioned by the EU and Norway are believed to have direct knowledge and/or been involved in the planning of the poisoning of Navalny. They face travel ban to the European Union, including Norway, and asset freezes.

The names of the six are yet to be made public, but according to the New York Times, who has been speaking with EU officials on the case, the six are members of a tight circle of elites surrounding president Vladimir Putin: Aleksandr Bortnikov, the head of Russia’s domestic spy agency, the Federal Security Service; Sergei Kiriyenko, first deputy chief of staff in the presidential administration; and Andrei Yarin, the head of the presidential administration’s domestic policy directorate. The others are Aleksei Krivoruchko and Pavel Popov, two deputy ministers of defense, and Sergei Menyaylo, Mr. Putin’s envoy to the Siberian Federal District.

According to Deutsche Welle, the implicated organization is the State Research Institute of Organic Chemistry and Technology.

The names were confirmed on Thursday as the decision was published on the EU’s legal portal.

The European Union and Norway have previously called on the Russian government to do its utmost to investigate the criminal poisoning thoroughly in full transparency and bring those responsible to justice.

EU has also urged Russia to fully cooperate with the Organization for the Prohibition of Chemical Weapons to ensure an impartial international investigation.

Alexei Navalny fell ill while onboard a flight from the Siberian city of Tomsk to Moscow on August 20. The plane made a medical emergency landing in Omsk where he was rushed to the hospital. A few days later, Navalny left Omsk in a coma on board a German plane bringing him to treatment at a hospital in Berlin.

Navalny is Russia’s most known opposition leader and anti-corruption activist.

The Russian government has said that there are no grounds to accuse it of poisoning Navalny.