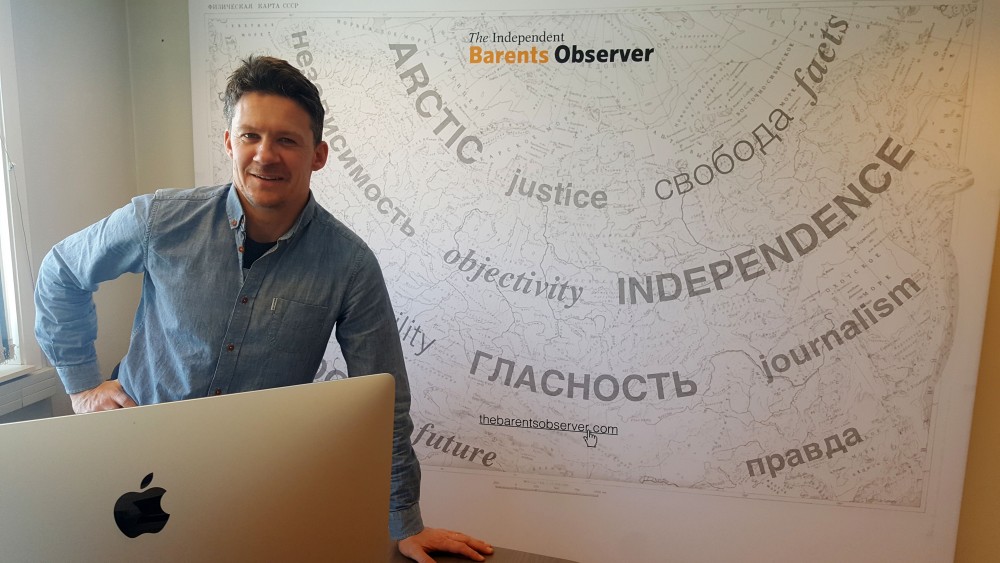 Говорит баренц (Talking Barents), an audio-version of all Russian language news made available via podcast services, is the latest move to reach our Russian audience, says Atle Staalesen, founder of the Barents Observer.
Read in Russian | Читать по-русски
By

It was in February 2019, Kremlin’s media watchdog, Roskomnadzor, made the Barents Observer unavailable to readers in Russia. Access to the site has since then been blocked by the censorship wall.

There are, however, a few openings. Readers can apply VPNs to access the newspaper. Also, with a few technical adjustments made in August last year, it became possible to access the Barents Observer from inside Russia via special links. The Barents Observer has also in periods published full-text versions of its news articles on social media channels.

“Our fight for the right to freely publish independent news articles that everyone can read is an ongoing battle,” Staalesen explains.

“It is of great importance that independent media can shed light on developments in northern Russia,” he underlines.

“With our new podcasts, everyone are now welcome to listen to the Barents Observer for free via the services they normally use for listening to music and other podcasts,” Atle Staalesen tells.

“The censorship agency can’t stop Spotify, Apple Podcast, SoundCloud or Google Podcast,” he says. People can chose to listen to single news, or a weekly podcast with all latest news.

The Barents Observer has been testing different ways to make voice-versions of the news articles best possible available. A full-fledged service was launched on December 12, the date which marks Constitution Day in Russia.

Staalesen says the Barents Observer is simply following the text of the Russian Constitution.

Article 29 (5) of the constitution states “The freedom of the mass media shall be guaranteed. Censorship shall be prohibited.”

In parallel to technical solutions, VPN and podcasts, the bi-lingual newspaper has an ongoing juridical process in the Russian court system.

Roskomnadzor argues the story includeed contents that “propagates suicide”, and demanded that it was un-published within 24 hours. That did not happen.

The case attracted wide-reaching attention in Russia and beyond.

Controversial politician and member of the Russia parliament’s Foreign Affairs Committee Vitaly Milonov demanded that the Barents Observer must be “blocked to hell.”

Diplomatic measures should be taken against the Barents Observer, Milonov argued.

“We must send them a note of protest, call in the ambassador of Norway and say: what you are doing can affect our relations, if you continue to produce this kind of materials for Russians in the Russian language.”

Following its blockage in Russia, the Barents Observer took Roskomnadzor to court. With support from the human rights group ADC Memorial, a suit was filed this summer.

“We support the Barents Observer’s decision not to unpublish this story from its website; we think that the interview with the gay Sámi man is very important and the ban of this article is a clear case of discrimination”, said Director of ADC Memorial, Stephania Kulaeva.

The newspaper lost the case in the Moscow City Court in July last year and in the Moscow appeal court in August this year. The case is now appealed  to the Russian Supreme Court.

The Barents Observer values freedom of speech and support for democracy